iOS 13 Might Make The iPhone A Legitimate Handheld Gaming System 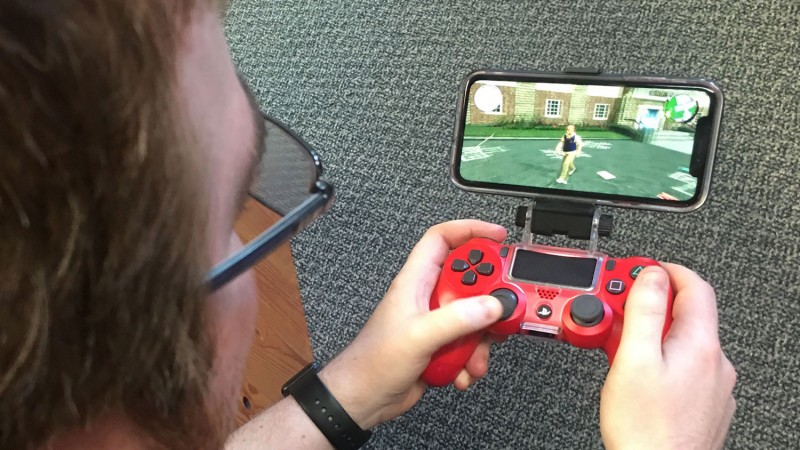 Bluetooth controller compatibility is finally coming to iPhones this fall with iOS 13 which means you will, at long last, be able to use Xbox One and PlayStation 4 controllers with your Apple device. You can try out controller compatibility early, however, by opting into the public beta for the new operating system here. It’s a simple (and legitimate, I promise) sign-up process that basically asks you to acknowledge that this is a beta which may lead to errors and encourages you to back up your iPhone. I did this last week in an effort to try and play Sky: Children of the Light with a controller. Sky was not compatible, unfortunately, but the effort put me on a path that now leads to me to publicly encourage developers to please, please add Bluetooth controller compatibility to your iPhone games because it makes me reconsider the viability of my mobile device as a gaming device in a new way. I might be able to finally enjoy traditional gaming experiences (like shooters, platformers, and other genres that benefit from a controller) on the computer that I carry around with me in my pocket.

Controller compatibility with mobile phones is not a new or revolutionary idea. Jailbroken iPhones and Androids have featured this option for ages and iPhone-compatible controllers do currently exist, but they all come with qualifications that limit their use. There is no denying that iPhone represents the largest user-base so even though it shouldn’t be, using a controller with your iPhone is a novel and exciting idea that could change how most people play games on their phones. 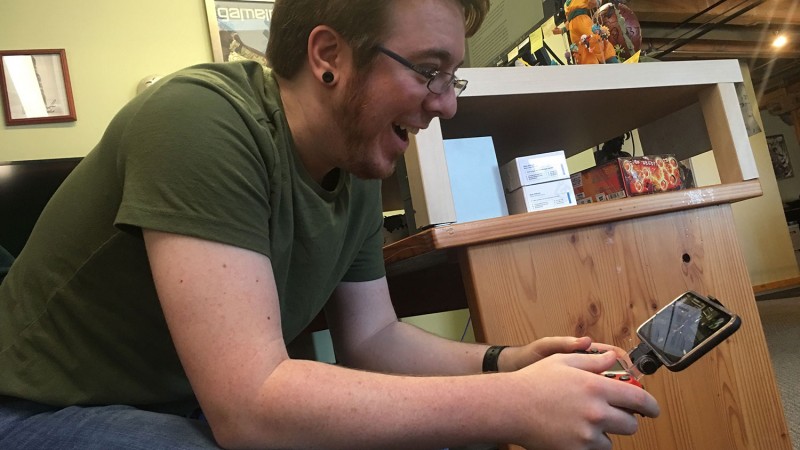 After getting frustrated playing Sky with my dumb fingers in the way of the gorgeous visuals, I decided it was time to opt in to the iOS 13 beta and try using a traditional controller. The update process went smoothly and I connected a PS4 controller without issue, but Sky was incompatible. That was a disappointment, but I learned a handful of other games I owned had already received updates to use a controller.

Rockstar’s library works, as well as Playdead’s Limbo, were among those titles. It made me look at my iPhone as a whole new, different type of gaming device. I play a lot of mobile games, but my favorites are the ones built with touch-screen in mind that don’t demand your attention for lengthy gameplay sessions. Pokémon Go, You Must Build a Boat, Photographs, Candy Crush (shut up, it’s fun), and the recent Dr. Mario World have all had their time as my go-to mobile games. Traditional games with a touch screen, however, always feel off. Virtual d-pads and buttons lack the necessary tactile feedback crucial for action games and covering up the field of play with fingers will always be obnoxious. Playing Limbo with a touch-screen, for example, feels laggy and unresponsive, but playing it on my phone with a PS4 controller reminded me of playing games on my Vita or Switch. I immediately purchased a clamp that let me attach my iPhone to my linked controller and started playing games like GTA III and Bully, and they work great!

Bully is one of those games I have never carved out time to play and I downloaded it for my iPhone back in 2016 thinking its ease of availability would finally encourage me to experience it. I gave it about two hours before realizing I just wasn't going to make it all the way through if I had to use touch controls. I tossed it into the backlog with all the other games marked “Will play if/when ported to Switch.” Playing with a PS4 controller has gotten me excited about the potential of playing it all over again. 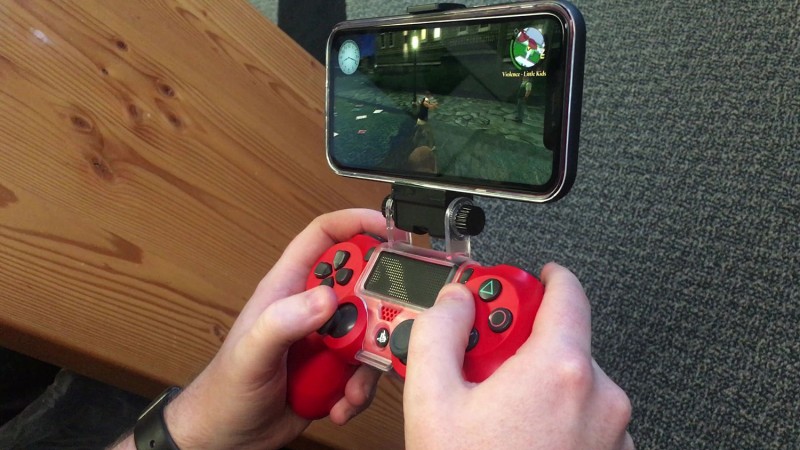 iPhone Bluetooth controller compatibility is something that should have existed before now, and even though there are plenty of controller options for the iPhone right now, this new ease of use really makes me excited about playing more, traditional, non-mobile games on my iPhone. I want to replay Hyper Light Drifter at 120 FPS (which is a function exclusive to iPad Pro at the moment), play through Star Wars: Knights of the Old Republic for the first time on a handheld platform, and finally beat Vice City after never quite seeing it to credits back in 2002. I hope when iOS 13 gets a wide release later this year, users recognize and use the controller compatibility and it inspires developers to bring more controller-compatible ports to the App Store. 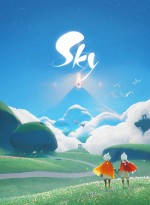