This week Google announced Stadia, a cloud-based streaming service that allows you to play the latest triple-A video games at the highest quality on almost any device you have – be it your phone or a relatively old computer. Being able to stream video games like we do movies and television shows seems like the logical next step for video games. Stadia does away with the need to download software, update it, and all you have to do is click “play.” It’s convenient and appears to be hassle free. I love the idea of Stadia, but will it actually work?

Google’s vision isn’t new by any stretch of the imagination. We got our first real glimpse of a streaming future over a decade ago through OnLive (which Sony purchased), and then Gaikai (which Sony also purchased), and we can actually experience it today through PlayStation Now, GeForce Now, and a handful of other services that likely have “Now” in the name. 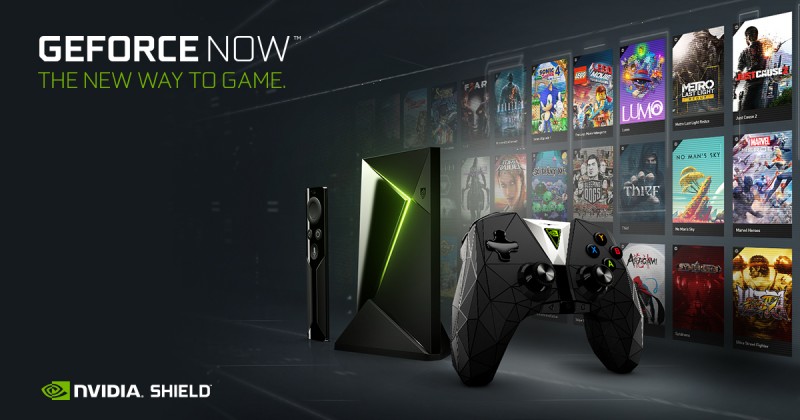 The one thing that has held all of these services back is performance. Video games are all about player input. When you hit a button, you expect something to happen instantly. Whether you are firing a gun or kicking someone in the face, timing is crucial, right down to milliseconds determining success or failure. That precision, which is basically a requirement in a number of twitch-based games, has yet to be achieved consistently by all streaming services. Latency is a huge issue that can make streamed games a nightmare. Just imagine inputting the commands to move and shoot, yet your character performs those actions a split second after you wanted him or her to. That can spell disaster and is the one thing that makes this streaming future so damn terrifying. On top of input, visual quality can be reduced if latency is an issue. Trying to find someone hidden behind a barrier becomes far more difficult when the barrier and everything around it artifacts and lowers in resolution.

Part of the problem of streaming is players are at the mercy of their internet provider and the speeds they are getting. I have a decent internet connection at home, but there are times where it seems like an unruly beast that bounces up and down in the speeds I’m getting. For Stadia to deliver 4K visuals and gameplay at 60 frames per second (and even 8K and 120 frames per second in the future) the internet connections need to be roaring. That isn’t the case for a lot of us. The internet infrastructure in the United States is a mess. For people living in rural areas, the idea of getting a fiber connection is about as real as spotting a Sasquatch in the woods.

But what about people that have great connections? At this week’s GDC show in San Francisco, CA, Game Informer’s Imran Khan took a test drive of Stadia by playing id Software’s 2016 Doom reboot on what we assumed was an excellent internet connection. When I heard Google was using this lightning-paced shooter as a test for Stadia’s proof of concept, I grew excited since it probably meant Google figured out a solution to minimize latency to the point that players wouldn’t notice it. 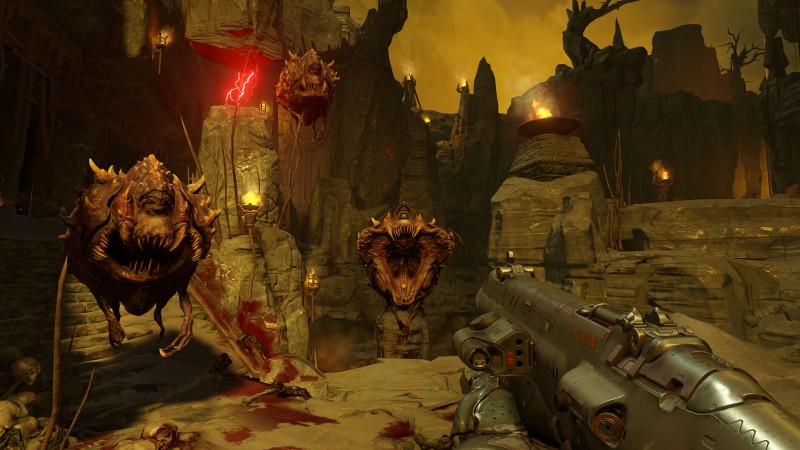 If that problem wasn’t solved, why on earth would Google debut a new streaming platform with Doom? They also could have lit their booth on fire to deliver the same takeaway, right? Here’s what Khan had to say about playing that game on Stadia.

The Doom demo is essentially the PC version of the game set into arcade mode, with options of a Razer Keyboard and Mouse or a Razer controller. Upon researching, I could not find any real evidence or reports that these items are particularly infamous for built-in input lag and all three input devices were seemingly wired. It's not an exact measurement, but swinging your aiming reticle around the screen is not instantaneous, and anyone that has played Doom before can instantly feel the difference.
More to the point, I was missing shots, and it was initially difficult to time melee hits against enemies. It's not that the input lag makes Doom unplayable, but it makes it harder, and it makes you worse at the game. It's the kind of thing that would make you reboot your console and check your TV settings.
The thing is, after a few minutes of playing, I was still conscious of the difference, but it felt like it mattered less. It was like controlling that big gun in some shooters with the swimmy reticle that dragged behind the input. I knew what was happening and eventually my brain and my hands compensated for that difference. Was it ideal? Definitely not. Was it a way to play Doom in a stream without a console or expensive GPU? Approximately. And that will probably be enough for a lot of people.

My colleague is correct in saying that an approximation of Doom and the convenience Stadia offers will be enough to win a number of people over. Google has the resources to promote Stadia in a big way and get it in front of more people than any other console provider to date. Think about that for a second. They have the reach. Will it win over someone like me? Unless latency is reduced to a point that I don’t feel like my character is sliding on ice, absolutely not.

Why on earth would I move from games performing the way the developer intends to a slightly worse version? That makes no sense to me. Sure, I may use a service like Stadia for games that don’t require precise input. Being able to continue experiences like turn-based RPGs on the go sounds great. That’s why we like Switch, right? With Switch, we at least know our inputs are going to be logged correctly.

Until our world delivers great high-speed internet for everyone, and streaming companies figure out a way to reduce input lag, this cloud-based future is, well, cloudy. Convenience should not be a replacement for quality. Game developers work their asses off making games as fun and competitive as they possibly can and for a service to alter how that is delivered just isn’t right.

Perhaps Google will prove me wrong and deliver the best gaming experience to date when Stadia launches later this year, but each new streaming service that comes along always ends the same way with legacy latency issues ruining the experience. I look forward to seeing what Microsoft, Sony, and Nintendo do next after Xbox One, PlayStation 4, and Switch run their respective courses. I have a feeling all three of these companies are eying a streaming future, but perhaps not as the backbone of whatever comes next. I still think we have another generation of discs and downloads ahead, but with more emphasis applied to playing games over the cloud. Offering a system that does all of these things just makes sense. Why offer just one uncertain solution that will surely fracture the market when you can deliver all of them – and continue the legacy people have come to rely on to get the best from gaming.

Google isn’t the first company to attempt streaming games to eager players, but it could give us our first legitimate contender. Our first hands-on impressions have left us skeptical, however, as does the industry’s previous attempts. Even after purchasing multiple streaming companies, Sony eventually reworked PlayStation Now to let subscribers download the service’s games and play them locally off of their own systems. That’s a damning statement on the current viability of cloud-based game streaming. I’m still excited to check out Stadia myself, and I hope the final vision Google deploys fairs better than what was offered at GDC, but I have my doubts.