Even as I was downloading Marvel Strike Force, I ran through everything that was likely wrong with the game: a reliance on microtransactions, repetitive gameplay, disappointing roster of characters. When I finally got going and understood the various systems and currencies in place, I became utterly hooked by an almost overwhelming amount of modes. When combined with an addictive gameplay loop, Marvel Strike Force is a game I eagerly log into each day to play as much as I can. 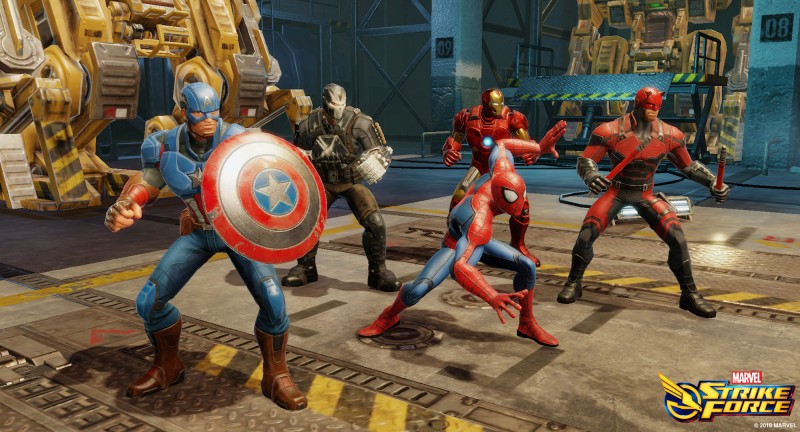 To fully understand the sheer depth of modes, let me run down the current offerings: campaigns, challenges, arena, blitz, alliance raids, and events. While each mode centers on the same turn-based combat, they all yield different rewards. Challenges rotate daily, offering the best way to horde a wide range of resources and supplies in small bursts, while blitz gives you the ability to pursue new characters by facing off against A.I.-controlled teams from other players. However, if you want the best rewards, you likely want to join up with an active alliance to conquer raids. While each of those consume resources or have limits on how much you can play them at a time, I rarely feel pinched by it thanks to how many different things I can do while still feeling like I'm bettering my characters or my alliance. In addition, daily objectives drive you to each mode in order to earn additional bonuses, and a rotation of limited-time events keeps you coming back for more.

No matter how you choose to interact with Marvel Strike Force, every road leads to acquiring new heroes and improving your existing roster. Herein lies the big hook. Early on, I acquired favorite characters like Luke Cage, Spider-Man, and Punisher, but the longtime Pokémon fan in me wasn't satisfied with stopping there. Using the various avenues, I worked towards earning characters like Hulk, Drax, and Wolverine. During the Infinity War event, I grinded to add Thanos to my team. The moment you are prompted to recruit a favorite hero or villain to your team is supremely satisfying, and the instant improvement you see triggers that dopamine drip to get you hooked. 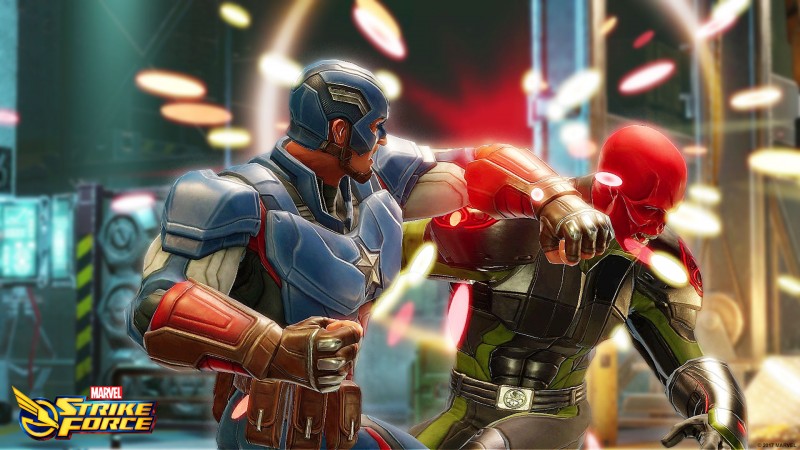 And you want to have a well-rounded roster of heroes. It's easy to focus on your strongest party of five characters, but situations often necessitate you reach into your reserves. The separate campaigns are the biggest example of this, as my team of Daredevil, Wolverine, Jessica Jones, Crossbones, and Spider-Man was disallowed in the campaign exclusively for cosmic characters. Similarly, my most powerful character, Thanos, isn't valid for the heroes campaign. This extends past this mode, however, as you must use items to heal characters between battles in raids, so sometimes it's best to just swap in your b-team to preserve resources.

Visiting the characters screen almost always encourages you to seek supplies or resources to improve them.

This contributes to the constant drive you feel to not only add new characters to your roster, but supercharge them with every action. However, as you get stronger, upgrading your characters and equipping gear becomes more expensive and convoluted. Rather than simply equipping an item, higher levels often require you to craft something new from several different items you collect. It's unnecessarily complicated, and one of the things I wish was streamlined a bit. However, Strike Force smartly gives you roadmaps for each item you need to either recruit or upgrade a hero you want. No matter what you want to do, you need a different resource or supply; you can even auto-win previously beaten campaign missions or challenges as long as you completed it without any of your characters being defeated.

This means that if you manage your resources properly and intentionally choose where to use them, every action in Marvel Strike Force has meaning and contributes to the betterment of your team. Watching your team grow from a ragtag group of characters you just happened to unlock to a well-oiled machine of your favorite characters from across the Marvel universe is awesome, but steadily building them up through an intentional allocation of your time and resources to the point they can take on high-level raids is even better. Being able to bring your squad to an active alliance of likeminded players and contribute to the greater goals only adds to the excitement; I finally left my inactive alliance for one that raids every day and it made a night-and-day difference in both my enjoyment and progress. 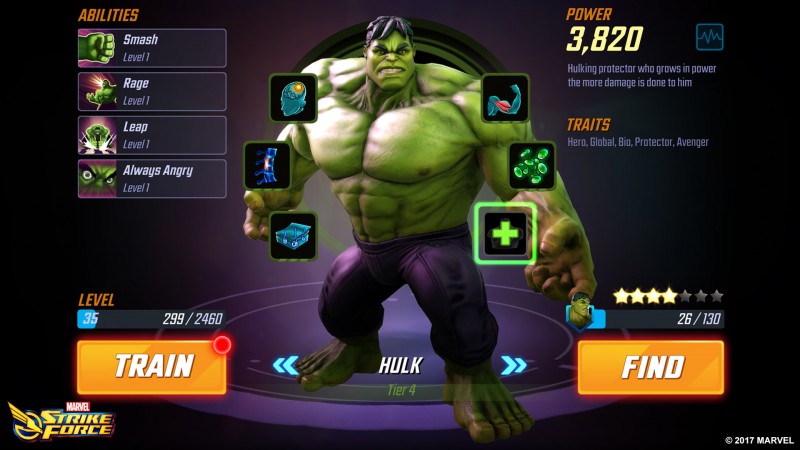 While it suffers from some of the free-to-play pitfalls and some of the least enticing microtransactions I've ever seen ($50 to add Black Panther to my team... really?!), I'm all in with Marvel Strike Force. The loop of constantly working towards my next upgrade keeps me coming back multiple times a day, while the steady stream of activities and events ensures I'm never without something I can do. With more events and modes on the horizon, it's only going to become a better experience as the developers strike a better balance between effort and the rewards each mode divvies out. I'm already hooked, but I'm even more excited to see how the team at FoxNext keeps things fresh going forward.