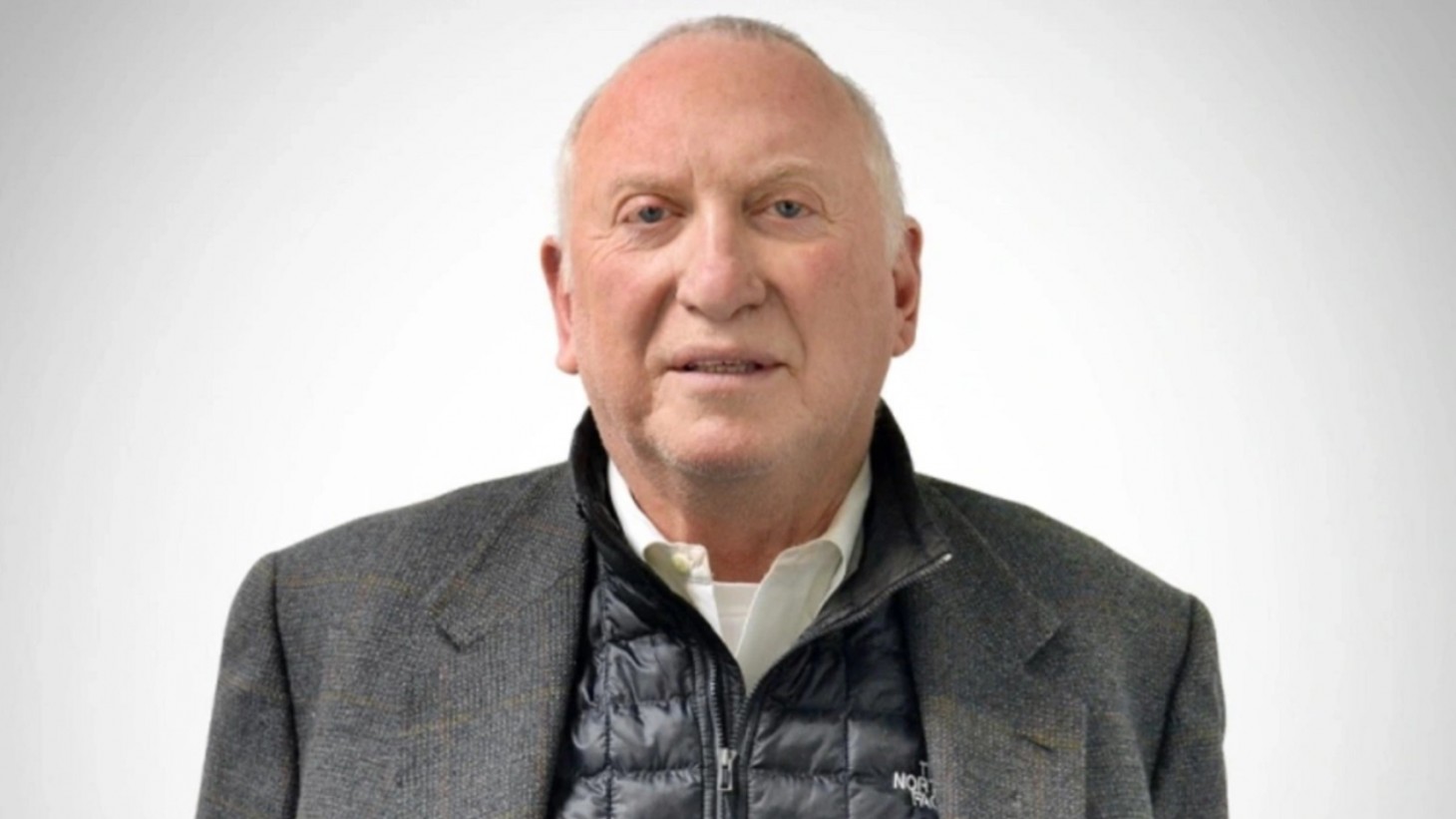 Below is an obituary written by Steven L. Kent, author and gaming journalist, sent to Game Informer for use, in full:

Bernard “Bernie” Stolar, a former top executive at Atari, Sony Computer Entertainment America, and Sega of America, passed away at the age of 75.

“Bernie was a low-key guy. He kept his ego in check,” remembers Vince Desi, founder of Running with Scissors. “I’ve known Bernie for a long time, and I’ve never heard him raise his voice. He was a gentleman in an industry where there really aren’t many.”

Stolar’s introduction to the video game business came with the 1981 release of an arcade game called Shark Attack. Created by Pacific Novelty and manufactured by Game Plan—an Illinois-based pinball manufacturer, Shark Attack was a game in which players controlled a white shark as it ate its way through groups of skindivers.

Stolar was given the unenviable task of informing Universal Studios CEO Sid Sheinberg about the project. After released the movie Jaws in 1975, Universal claimed a certain ownership on shark-themed entertainment, and Sheinberg was notorious for suing companies he felt had infringed on his studio’s intellectual properties. (In 1982, Sheinberg would unsuccessfully take Nintendo to court claiming Donkey Kong infringed on his studio’s version of the movie King Kong.)

After negotiating for permission to manufacture 1,000 Shark Attack machines without paying royalties, Stolar built 990 machines and pulled the plug on the project.

Over the next decade, Stolar never strayed far from games. He opened a successful San Francisco arcade called the State Street Arcade then took a job with Atari’s coin-op. division. He was still at Atari in 1984 when deposed Commodore Computers founder Jack Tramiel purchased the company.

Tramiel, a Polish-born Jew who survived a Nazi concentration camp, was well known for his mercurial personality and ruthless business practices. He openly derided any show of weakness, cycled through executives, and alienated almost everybody who worked for him. Despite Tramiel’s reputation as a “boss from hell,” Stolar thrived under his leadership becoming the president of Atari from 1990 through 1993 when he decided to risk his career by taking a job with a relative lightweight in the video game industry named Sony.

Hard as it is to imagine today, Sony Computer Entertainment looked like a longshot in the early 1990s. Sony’s early efforts at publishing games, generally sold under its Imagesoft label, included such forgettable games Super NES, Genesis, and SegaCD as Cliffhanger, Bran Stoker’s Dracula, and the poorly regarded ESPN sports series. Sony’s most notable game. prior to the 1995 PlayStation launch, was a Disney-licensed adventure called Mickey Mania.

It was during his three-year tenure as Sony Computer Entertainment America’s executive vice president in charge of business development and third-party relations that Stolar took on a more public persona. Small-time coin-op. manufacturers and arcade owners may fly under the proverbial radar, but both the gaming press and the mainstream media kept a careful watch eye on console manufacturers like Nintendo, Sega, and eventually Sony.

“I met Bernie in 1995,” remembers Rob Dyer, chief operating officer at Capcom U.S.A., Inc. “I was the vice president of international operations (at Crystal Dynamics) doing deals, selling products, and getting Crystal Dynamics products placed with distributors overseas, and Bernie had just started as the head of third-party for PlayStation here in the U.S.”

“Bernie was larger than life. At the time, PlayStation was nothing, but he came in with his larger-than-life attitude that said PlayStation was going to be something. He told us that we needed to make games for Sony.

“I did a ton of deals with Bernie over the years… especially when I became president of Crystal. He was a mentor of mine.”

A lot of noise has been made about Stolar’s decision not to pursue role-playing games for PlayStation. In truth, Stolar focused on creating the launch lineup that would lure the biggest possible market share away from Sega and Nintendo as quickly as possible. With that in mind, Stolar likely made the right short-term decision.

Despite a few notable exceptions, RPGs were not particularly big sellers in the U.S. market. Stolar elected to concentrate on fighting games and other genres with a bigger following. The six-month exclusive he arranged with Williams for the highly anticipated Mortal Kombat III helped Sony establish an early lead in the U.S. console market.

Stolar’s indifference toward RPGs remains controversial. Critics point to the 1997 release of Final Fantasy VII as proof he was wrong. While FFVII would become the best-selling game of 1997, Sony and Square spent a combined $100 million marketing the game to insure its success.

During Stolar’s tenure at Sony, the company’s marketing budget was focused on launching the PlayStation itself. At the time, Sony didn’t have $100 million to spend on one particular game.

In July, 1996, Stolar replaced famed console warrior Tom Kalinske as the president and COO of Sega of America.

Stolar’s critics have unfairly accused him of killing the Sega Saturn—Sega’s fifth generation game console. In truth, Saturn was ill-conceived from the start. Hard to program and designed to specifically to support arcade ports, Saturn took an early lead over PlayStation in Japan based on the popularity of an arcade port-Sega’s Virtua Fighter.

While Virtua Fighter was a hit in U.S. and European as well, the arcade business was dwindling outside Japan, and western consumers weren’t nearly as excited about game. Sega further alienated retailers and customers alike by quietly launching Saturn in a few select stores five months ahead of schedule with only a handful of games and a price of $399.

By the time Stolar joined Sega, Sony had already knocked Saturn out of the way and was preparing to overwhelm Nintendo. Some of that success came from plans Stolar had put into place such as the Mortal Kombat-exclusive.

When Sega pulled the plug on the Saturn in 1998 and announced new hardware, Stolar worked feverishly to create an aggressive marketing campaign that would cut into Sony’s growing grip on the U.S. market. Under his leadership, Sega teased its new Dreamcast game console, arranged an unprecedented 18-game launch line up, and hired Reebok’s senior vice president of sports marketing, Peter Moore.

“I thank Bernie for my start in this industry, a career that has lasted 20-plus years,” says Moore. “None of that would have happened without Bernie believing in some shoe guy who could take skills for marketing sneakers and use them to market video games.

Asked what impressed him about Stolar, Moore said, “He was feisty, combative for all the right reasons, and wanted to do the right thing all the time for the customer.”

Moore would go on to run Xbox, EA Sports, and Sega of America. In August, 1999, with the Dreamcast launch just one month away, Sega sent Stolar packing and replaced him with Moore. With Stolar’s plans in place and Moore at the helm, the September 9th, 1999 U.S. launch of the Sega Dreamcast’s was an incredible success even though the console itself was doomed from its inception.

Electronic Arts, the most influential game publisher in the United States refused to make games for it. Square refused in Japan. Without the two EA and Square, Sega scrambled to create games that could compete with the likes of Madden NFL and Final Fantasy. Sega couldn’t compete with well-oiled Sony’s hype machine and the public’s fascination with the PlayStation brand. By the time Sony, Nintendo, and Microsoft had launched their new systems as well, the market all but forgot about Dreamcast.

As for Stolar, he remained a game industry icon. He ran Mattel Interactive for three years, worked as an advisor for such heavy hitters as Cisco and Golden Gate Capital, and was the interim CEO of a company that marketed digital advertising space in video games called Adscape Media which launched in February 2006. When Google purchased Adscape one year later, Bernie became the net giant’s games evangelist.

“My first impressions of Bernie were that he was arrogant and rude,” recalls Eva Woo Slavitt, who worked with him at Adscape Media and continued working with him after the company was purchased by Google. “Underneath that external persona was a genuinely kind and caring gentleman.

“Bernie was a relationship builder, and I cherish the time that we worked together.”

Stolar remained active in games right up to his death. In 2014, he was named the executive chairman of the ZOOM Platform and became a personal mentor for Jordan Freeman, the company’s young founder.

“I shouldn’t have been able to reach a person like Bernie,” says Freeman, “but he took my call, was willing to meet with me, and asked to look at my business proposal. He gave everyone a chance. Over time, I learned I wasn't the first one nor the last who experienced this.”

Sherry McKenna, the CEO of Oddworld Inhabitants, describes Stolar as gruff, honest, and unfalteringly loyal. Having first met him in the 1970s, McKenna had lost touch with Stolar until she left a successful career in the movie business to co-found Oddworld Inhabitants.

“Lorne (co-founder, Lorne Lanning) and I were just starting out at Oddworld Inhabitants and had just moved to new offices in Los Osos (California) when I get this message across my desk that says ‘Vice President of Sony Bernie Stolar.’”

Like Freeman, McKenna phoned Stolar not expecting him to take her call. Instead, he took her call and mentored her, enabling her and Lanning to sign a deal with Sony Computer Entertainment America.

The staff at Game Informer extends their condolences to Stolar's family.