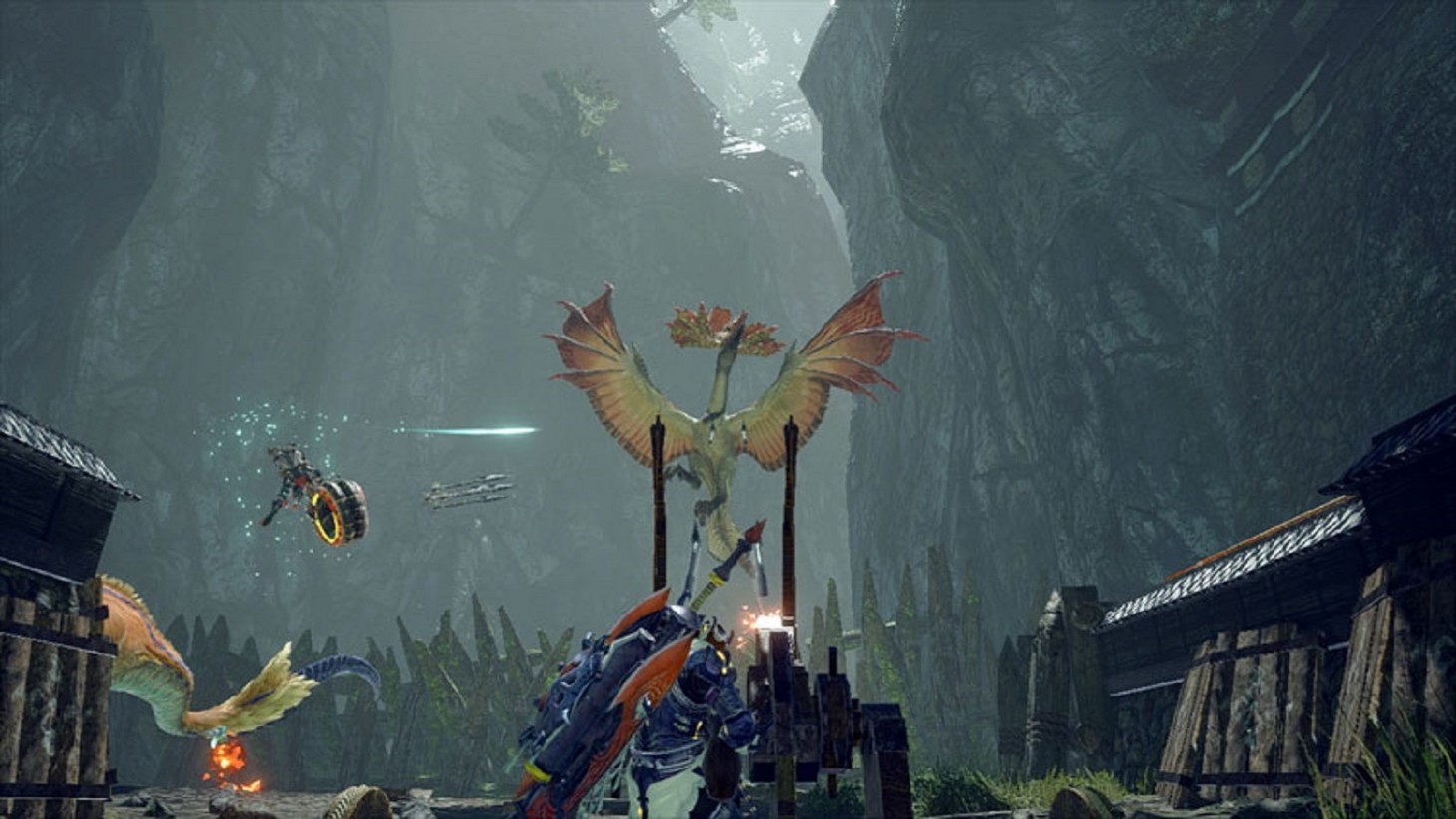 During today's Nintendo Direct, we got a peek at more Monster Hunter Rise in a new trailer. The game isn't too far away now, with release expected on March 26. On the same day, you'll be able to pick up a highly stylized Monster Hunter Rise-themed Pro Controller, too. If you're like me, you definitely want a pro controller to play Monster Hunter Rise, as the controls lend themselves to a traditional controller over the Joy-Cons. That said, I've heard people love playing on Joy-Cons too, so try them both and see!

Now, moving on to the trailer, we have a lot to look at. We're defending Kamura Village against some titanic threats, and there are a bunch of monsters to check out. We'll be harvesting them for their parts soon enough. We get a look at the big bad spider Rakna-Kadaki, a web-spinner that tries to pin players down before destroying them. Oh, and for some reason this grotesque arachnid can breathe fire too. Yikes! We see the giant Basarios and its flame belly, and the rolling rock Volvidon. That's one armadillo-like critter that you don't want to mess with!

We then get a look at a monster rising out of the swamps with Almudron. Looks like it's sure to be a slippery encounter, with lots of mud to manage. Players are also seen zipping around the world on their Wirebugs, showcasing some of the heavy mobility and traversal options that are key to Monster Hunter Rise.

The siege of Kamura by a host of monsters seems like a central plot point, with the Elder taking the role of the gruff captain leader as we try to keep the horde of giant titans away from the village. Like other Monster Hunter games before it, we witness some players using mounted cannons, turrets, and weaponry locked to the environment to take down some of the invading behemoths. Look out for the Apex Arzuros!

You can check out the entire trailer below!