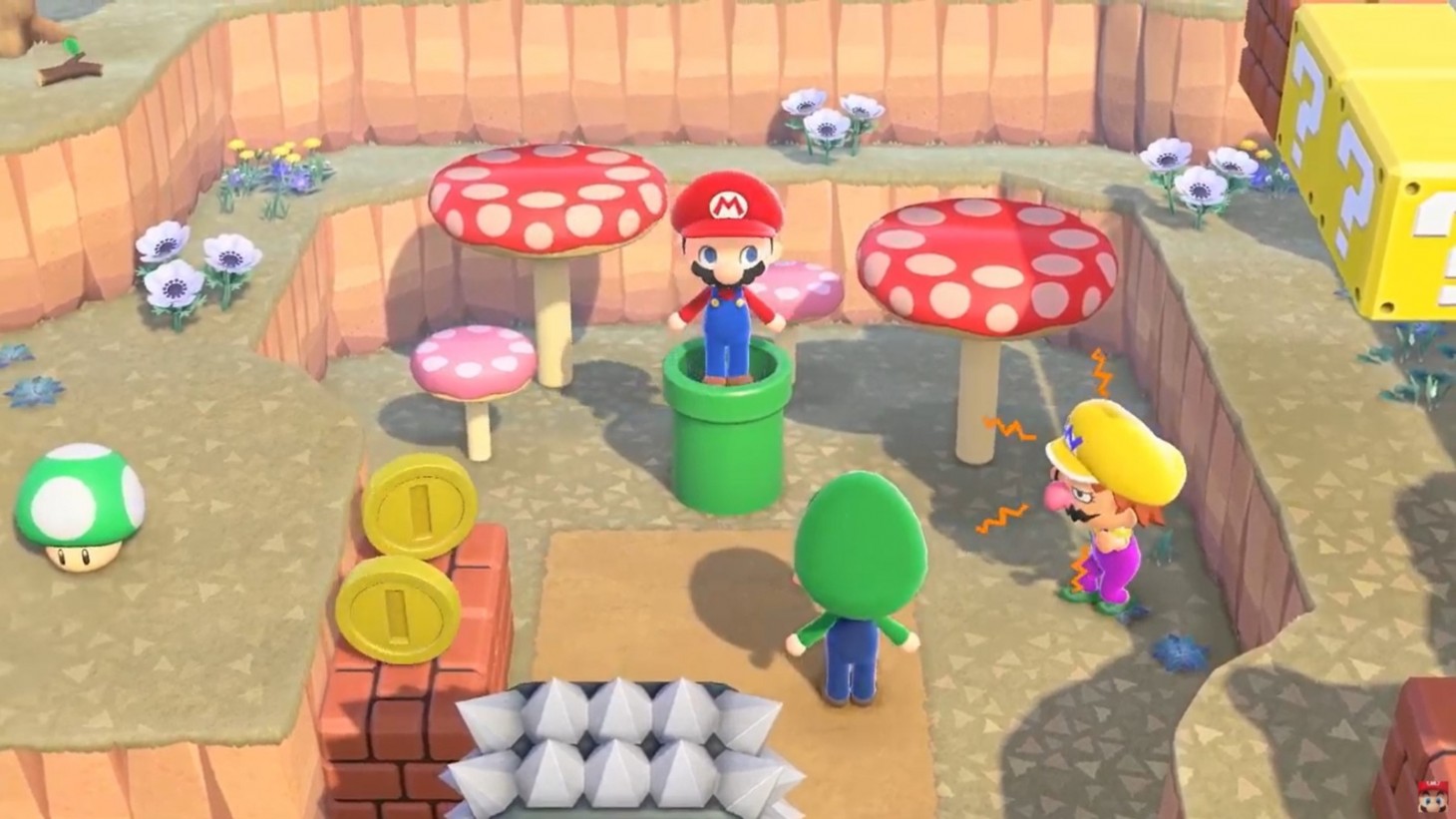 Animal Crossing: New Horizons Has Mario-Themed Items On The Way

Animal Crossing: New Horizons is getting Mario themed items in celebration of the mascot's 35th anniversary (which was last year, but we’re not complaining). In the next couple of weeks, players can dress their villagers up like Mario, Luigi, Peach, and Wario and unlock new items to turn their tropical island into their own personal Mushroom Kingdom.

The update comes with several Mario themed furniture and decorative items, including question blocks, flag poles, thwomps, coins, and invincibility stars. Players can also place two warp pipes at different points on their island to instantly teleport between the two; it seems like a much faster, more fun way to get around than climbing a ladder and I expect those to be a huge hit regardless if the player likes Mario or not.

To access the items, players must first download a free update that goes live on February 25. Then, on March 1, players will be able to purchase the Mario items in the Nook Shopping terminal.

Animal Crossing: New Horizons is wrapping up its big Valentine’s Day and Festivale events in the past few days, it’s nice to already have yet another big update to look forward to. What do you think of the new items? Let us know down in the comments! And for some more Animal Crossing goodness, check out this line of makeup inspired by the series as well as this villager inspired mod for Monster Hunter World.