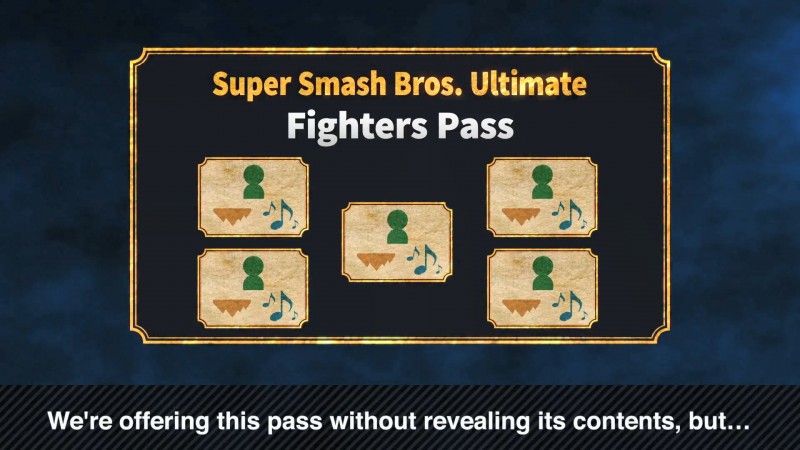 As an announcement during today's Nintendo Direct, it was revealed that the game will be getting DLC, with a season pass also available. This season pass requires players to buy it on faith, however, as the DLC has apparently not even been decided on yet.

Sakurai did clarify that the new characters coming in for download would not be returning characters, which makes sense as the game has the entire series roster so far, and will not be Echo fighters, his term for characters based closely on existing fighters. So every new DLC character will be an actual new character. He also broke down the pricing, which will be $5.99 per character "set" or $24.99 for all five sets.

There will also be Mii outfits and music from unrepresented games, specifically pointing at Xenoblade Chronicles 2 in his example, that will also come along with the season pass. The first DLC character, Piranha Plant, has been announced, but is unique in that he is a free download for early adopters, but will become paid later on.