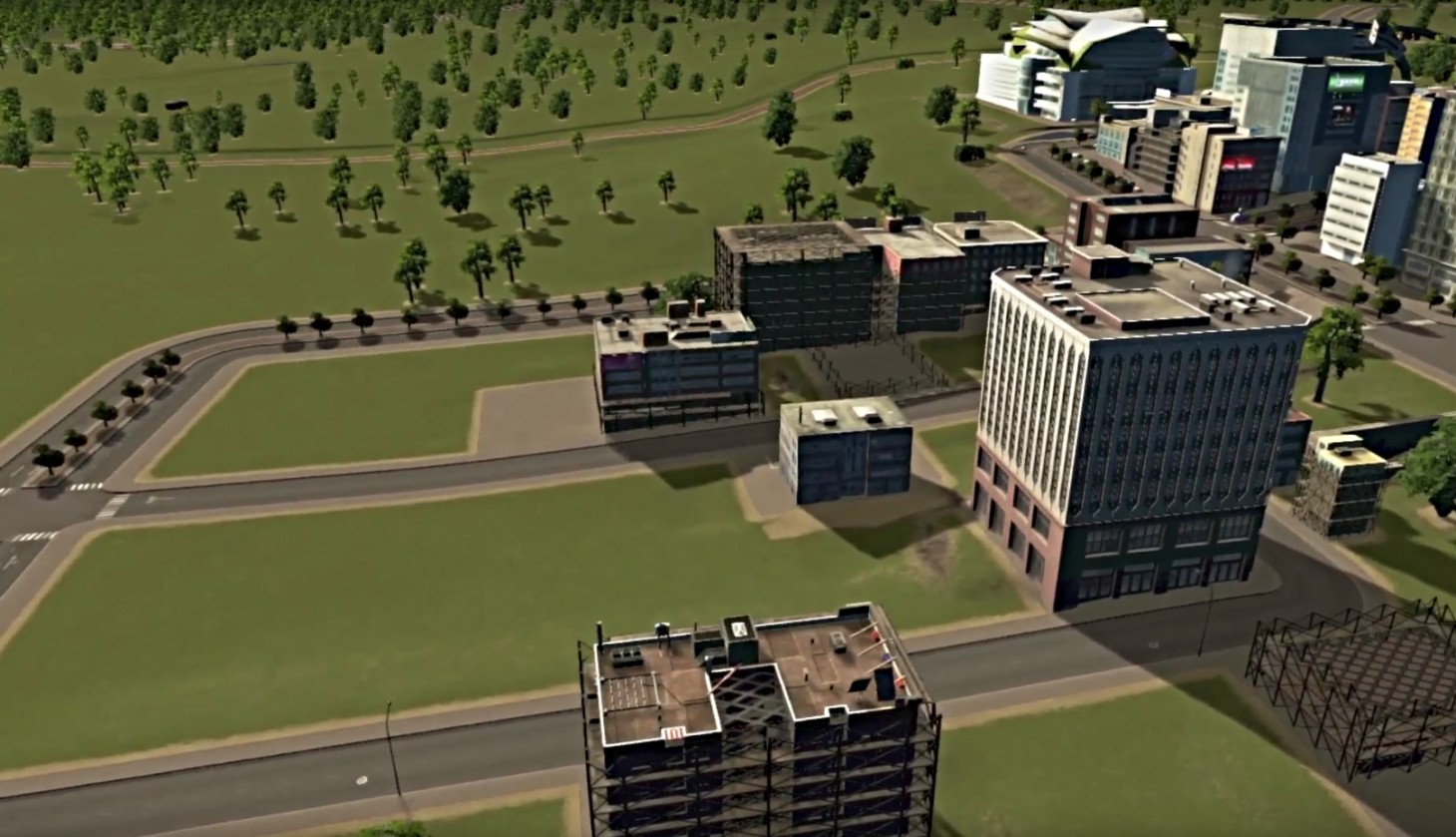 Switch players can now build the metropolis of their dreams. During today's Nintendo Direct, Cities: Skylines was not only announced as a Switch port, it's available right now and can be downloaded in Nintendo's eShop.

This port of the 2015 game that debuted on PC and Mac, and later moved to PlayStation 4 and Xbox One, offers the full city-building game, along with the After Dark and Snowfall expansion packs. Much like the Sim City games of old (including the great SNES port!), Cities: Skylines tasks players to map out neighborhoods, industrial districts, and commerce, and provide travel means and power to all of it. If the people of this fictional world like what you are doing, they will move in and raise the value of that property – potentially turning it into a space that houses a skyscraper.

Cities: Skylines is one of those games that you can just lose yourself in. Hours fly by as the world comes into shape. In our review of the PC game, Brian Shea said it establishes a "new gold standard for modern city-builders." Here's hoping the Switch version retains the brilliance of that versions.