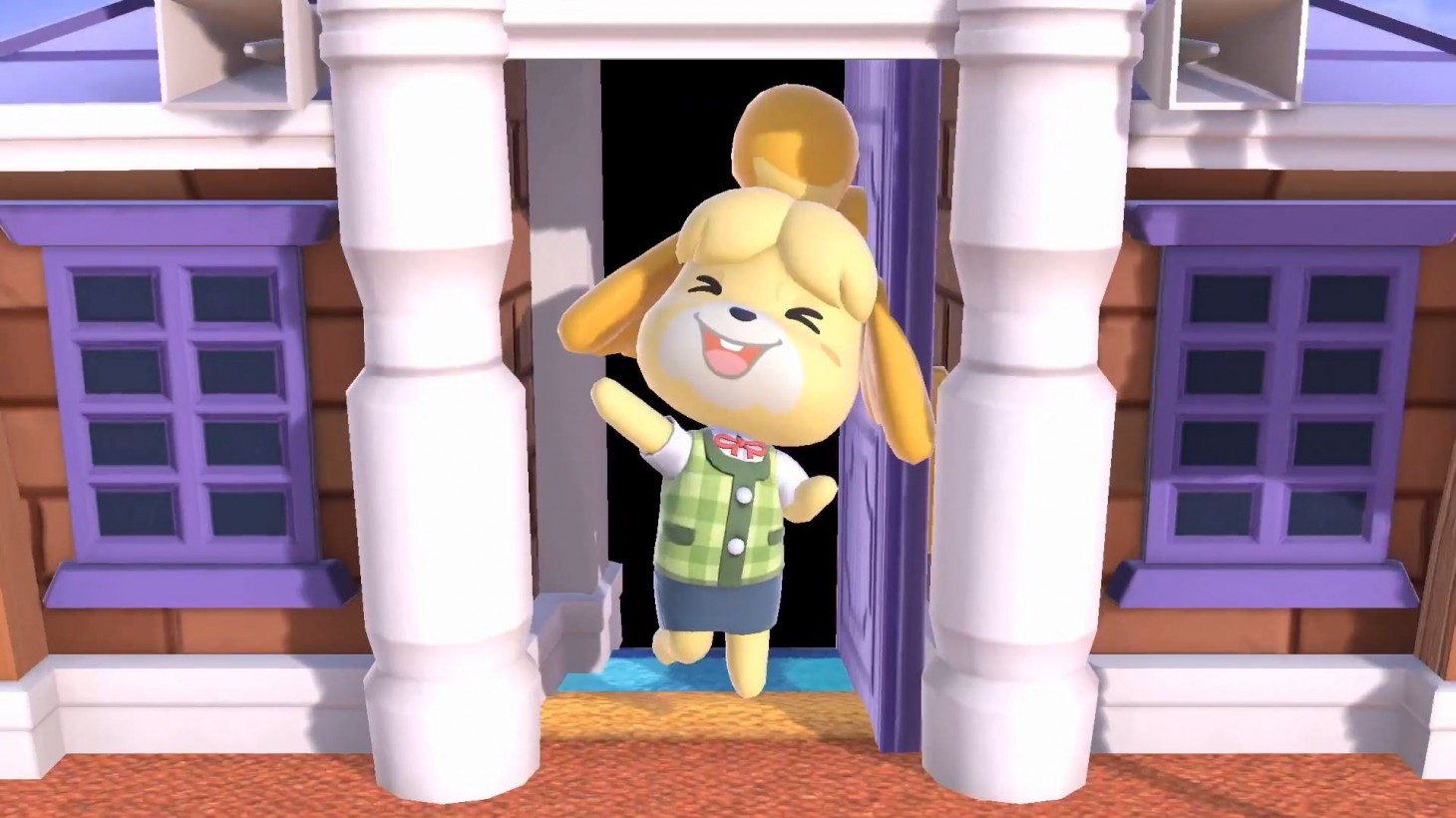 Isabelle, the lovable secretary of the Animal Crossing series, is making her way to Super Smash Bros. Ultimate, this time as a fully playable character.

Although it's not explicitly mentioned in the trailer, Isabelle looks to be an echo fighter rendition of the Villager, though the individual items she uses for each of her moves is slightly different: she's armed with party-poppers, pom-poms, and road signs.