Correction: An earlier version of this story said Chrom is a clone of Ike, but Nintendo has clarified he is based on Roy. He just uses Aether as a Final Smash.

In the Super Smash Bros. Direct, director Masahiro Sakurai announced a few new echo fighters are joining the cast. Chrom, Fire Emblem Awakening's prince/king and Lucina's father, comes in after being teased in Super Smash Bros. for 3DS and Wii U. The other is Dark Samus, the villain of Retro's Metroid Prime series.

Echo fighters are Smash Bros. Ultimate's term for clone characters, or characters based on other existing characters. In this case, Chrom is based on Fire Emblem's Roy, while Dark Samus is based on, of course, Samus. 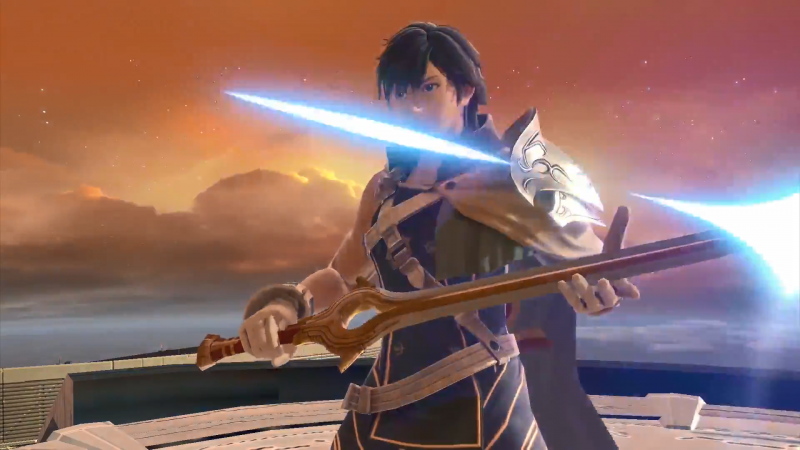 In addition to these echo fighters, both Simon and Richter Belmont from Castlevania were announced today, as well. Super Smash Bros. Ultimate releases on the Nintendo Switch on December 7.