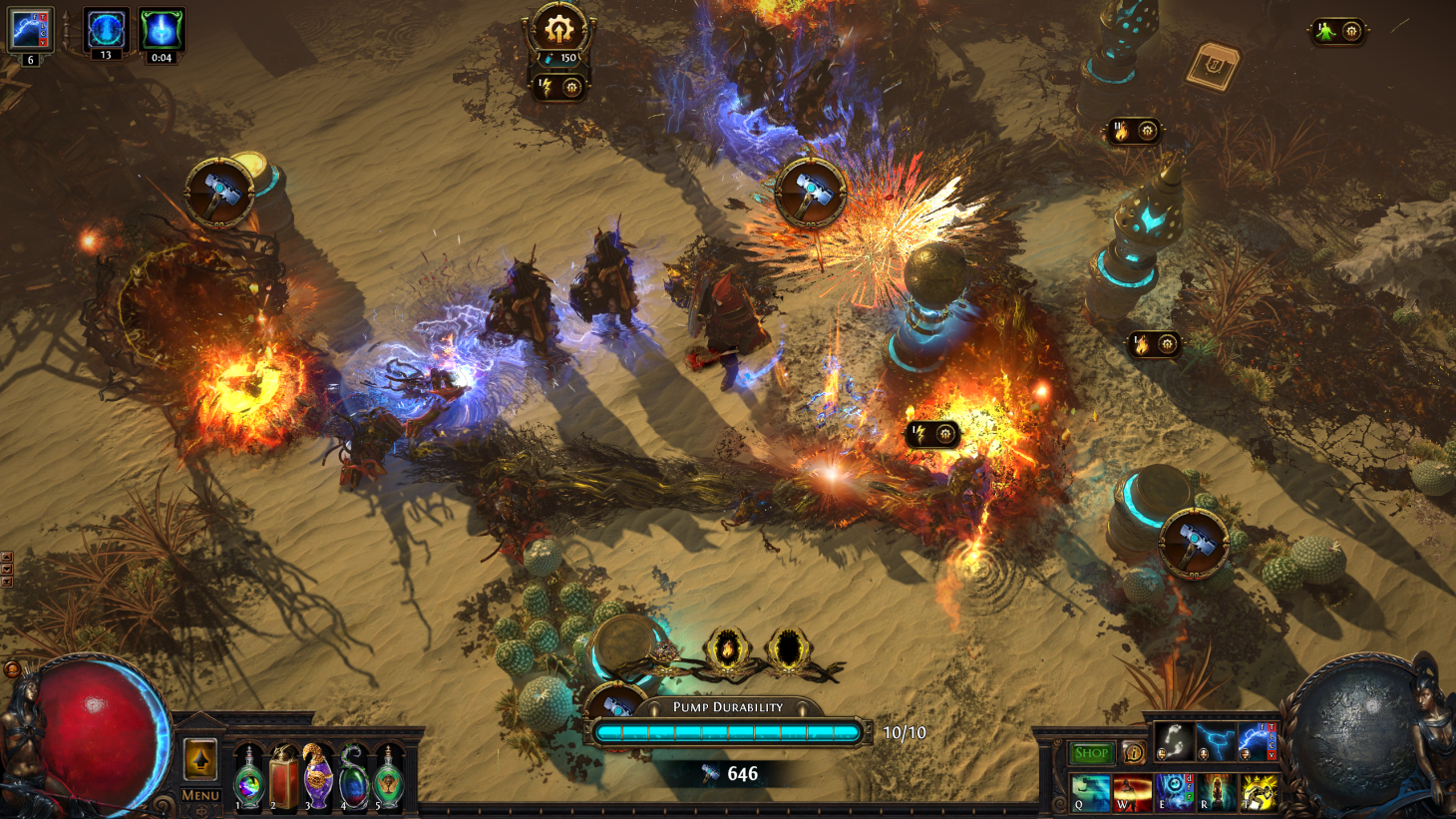 Grinding Gear Games is set to launch the next Path of Exile expansion, Blight, on September 6. While all leagues add new things to the game, this new offering gives players some major ways to customize their characters by engaging in new mechanics. Fungal blights draw from the tower defense genre to create defense scenarios where the player is still active and essential to victory, but where charged up towers create a defensive perimeter, allowing chilling, fireballs, and more to assist players holding out against waves that follow fungal lines.

Players can decide which towers to use in each instance and earn special oils that can fine tune rings and amulets. However, the big draw is for rare oils that can be used on new special sets - sets that allow you to draw from Path of Exile's immense passive sphere grid and place high-tier notable passives right on your items. These sets allow you to "break the rules" and use passives you're not even connected to, perhaps far far away on your passive tree, tapping into intense customization potential. Of course, you'll need plenty of vials and fungal events to make this happen.

The blight system appears on every stage, but also extends to the map and atlas endgame system. Maps can roll as blighted, meaning the entire stage becomes one giant tower defense with potentially dozens of wave paths - a perfect opportunity to load up on expansion resources.

Blight launches September 6 on PC and September 9 on Xbox One and PS4.