Dragon Age Origins first made its glorious BioWare debut back in 2009 on this very day (November 3). This RPG adventure was immediately met with high praise for its incredibly fleshed-out characters, a narrative heavily impacted by player-choice, and those ooh la la romances. It's one of my personal favorites but even I can admit that this game has not aged well. For those wanting to celebrate the Dragon Age anniversary, here are some of the top mods that I use that will enhance that gameplay experience.

Dragon Age Redesigned is my go-to when I want to pretty up the game a bit. While it's not the "prettiest" in terms of re-texturization, it is one that is the most reliable in terms of preventing crashes and lost saves.

What this mod does is it changes all of the NPCs in-game (goodbye weird broken elbows and necks made from nightmares) while fixing the various skin and proportion issues seen in-game. It also helps to make what players see in-game be more in-line with the actual Dragon Age lore, something that is surprisingly an issue with the vanilla game.

In the standard issue of Origins, players can only have a party of four, including the Warden. If you're a dog lover like me, it sucks to have to leave that adorable mabari puppers behind in favor of companion banter. Luckily, this mod provides a fifth character slot so that little cutie patootie can fight against the blight without having to miss out on Alistair and Morrigan's sassy back and forth. 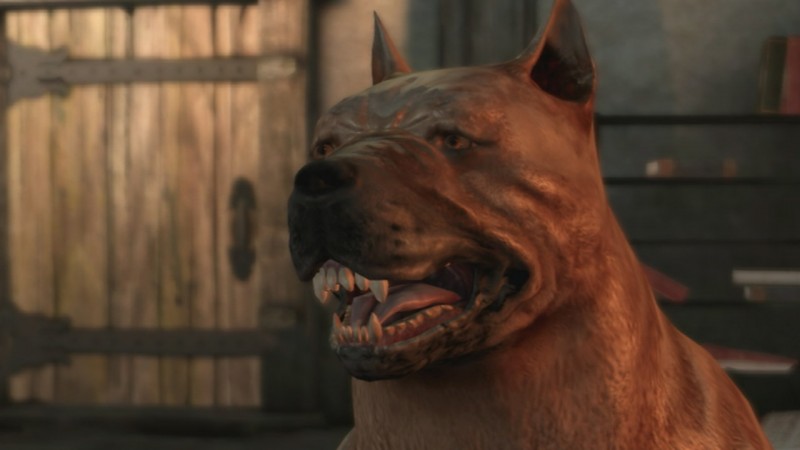 OK, so...this one is less about pretty and more about avoiding the need to chug a hard drink to get through a certain part. Every game has that part that makes you groan in misery. For me? That's the Fade. While you can't skip this sequence entirely upon heading to Redcliff, you can gloss over the insane labyrinth that is the other side.

How this works is you'll need to defeat the Fade-Duncan at the very beginning to use the pedestal. Each pedestal will teleport you to each companion's nightmares. If all are rescued, the pedestal will immediately take you straight to the sloth demon boss. Take him out, say 'sup to Neil, and take your happy little Fade-skipping butt back into the real world.

I'll admit to more bias here but Morrigan is one of my favorite gaming characters of all time. When I found out that a lot of her dialogue and content were actually cut from the launched game, I immediately dug into to see if any talented modders were able to scrape those files out of oblivion. Never discount modders, because that's exactly what this mod does and it's perfect for those that want even more in-game content to enjoy and a new way to experience interacting with Morrigan before ultimately helping her, uh...get knocked up.

I'll admit, I'm a total in-game narcissist. I'll spend hours in character customization and won't hesitate to restart a game if my toon all of the sudden looks like an uggo. With a game like Dragon Age Origins and its not-so-stellar hair and creation options, this mod adds a ton of new hairstyles to help make your warden look more like a person and less like a glitchy mess from beyond the grave.

It's also for both male and female characters!

Download this mod here. A few other favorites can be found here, here, and here.

As mentioned with the hair, the character customization options leave little to be desired, but there are a ton of mods that help with that! We all come in different sizes and colors, our Thedas-dwelling toons deserve the same. This mod allows players even more options when choosing how their Warden looks to be more realistic and making it easier to create the character of your RPG dreams.

Dragon Age Origins suffers the same issue that Mass Effect 1 has: what the hell is up with those teeth!? Instead of those George Washington wannabe wooden-like teeth, this mod gives players (and NPCs) the pearly whites they deserved. That's all this does, but trust me...it helps.

There are so many other Dragon Age Origins mods, including bringing in characters from other franchises and more ways to improve upon how in-game Thedas looks. Burnt out on playing the actual Dragon Age games? Check out my other mod recommendation piece for some awesome ways to bring Thedas into the world of Tamriel with these Dragon Age-inspired Skyrim mods.