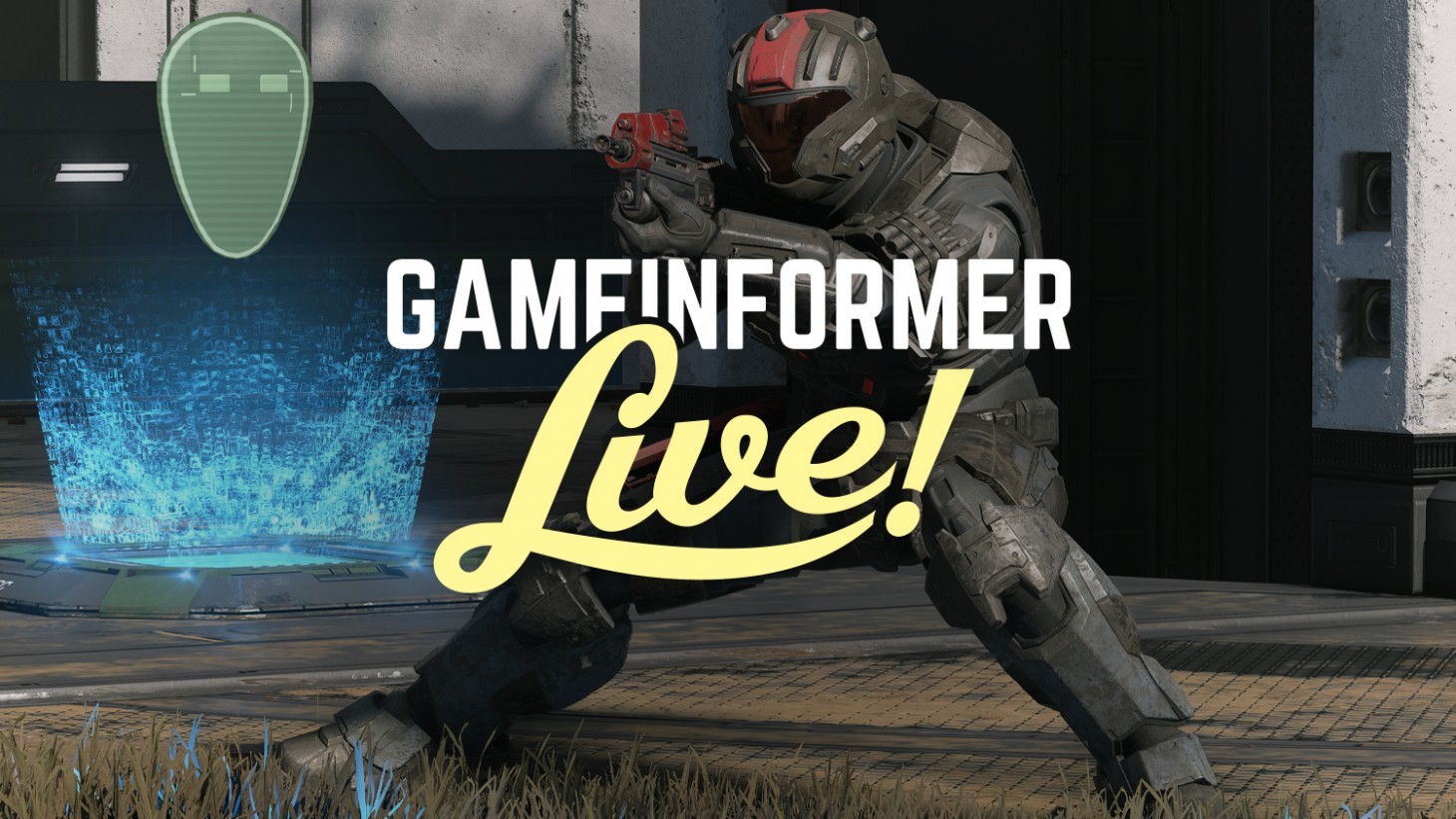 It's Halo time, baby! The first Halo Infinite Flight Test is now live, and we've got that Spartan spirit! We are ready to rock out with our new Pulse Carbines out. To kick off the testing period for Master Chief's latest adventure, we here at Game Informer are diving all in to make the Halo community proud. Join us, won't you, for a special two-hour stream while we dive right into some multiplayer action.

The Halo Infinite Flight Test is the first of several early access periods 343 is hosting before the game's launch later this year. This particular testing period offers a first look at multiplayer with just one map. Unfortunately, it's against bots, which would make us losing all the more embarrassing. Which, really, if you think about it, just gives you more reason to watch! Make fun of us, cheer us on, dealer's choice.

Join Alex Stadnik, John Carson, and Liana Ruppert as they check out Halo Infinite for the first time. You can find us on our YouTube and Twitch channels to join in on the fun live starting at 2 p.m. CT. Join in on the conversation, talk about your favorite Master Chief moments, where you want to see the franchise go next, and show Craig the Brute some mad love. Just remember: this is a multiplayer-only Flight Test, so we won't be streaming any of the story, but we will be talking about the unique weapons that the new game brings, so if you're interested - all are welcome!

Also included in the Flight Test is the ability to play around with the Battle Pass a little bit. The Battle Pass is optional and will, like most, include cosmetic options. That being said, 343 has confirmed that it will only offer cosmetic options and nothing that could be interpreted as supporting a pay-to-win model. Unlike most, however, it won't be a time-sensitive feature. For example, like Destiny 2's, others are only available for a limited-time-only, which means the cosmetic options available disappear in the void; Infinite's never expires. Players can take as much time as they want on each Battle Pass, even purchasing older ones if they come into the game early. While you can only progress through one Battle Pass at a time, there is not a time limit placed upon them.

To learn more about the upcoming 343 Industries shooter, check out our dedicated Halo Infinite hub here. We've got gameplay, updates, and incredible inside looks from the studio itself.