As part of Xbox's huge week, Microsoft has partnered with a large group of indie developers to show off slices of their games by releasing 70+ demos for players to get their hands on until July 27. During our first stream, we barely scratched the surface of all the creative and interesting titles and thought why not come back for another round of indie goodness? Join Kim Wallace, Jeff Cork, and me as we give you a tour of ScourgeBringer, Dandy Ace, and more!

We went live earlier but be sure to check out the full archive of the stream above. If you can't get enough of our live shows, remember to subscribe on YouTube, Twitch, Mixer, Twitter, and Facebook to get notified when we go live each week! 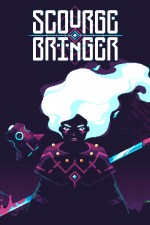