Jeff Cork and Leo Vader. These names are synonymous with the hit series New Gameplay Today. But what if they took their unique banter to the live arena? Well, that would be called New Gameplay Today Live. We already did it once four months ago, but now we're doing it again, and we've got tons more planned for the barrage of hot releases over the next few months.

First up is Marvel's Spider-Man on PS4! We'll be playing the opening sequence of the game and milling around in the open world, so be wary if you're trying to remain pure of spoilers before the game's long-awaited release. We won't blame you.

You can watch the archive above (with lag for the first few minutes, but it gets fixed around five minutes in), and follow us on YouTube or Twitch for more New Gameplay Today Live as Tomb Raider, Red Dead and more release this fall! 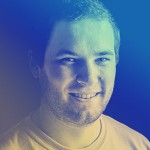