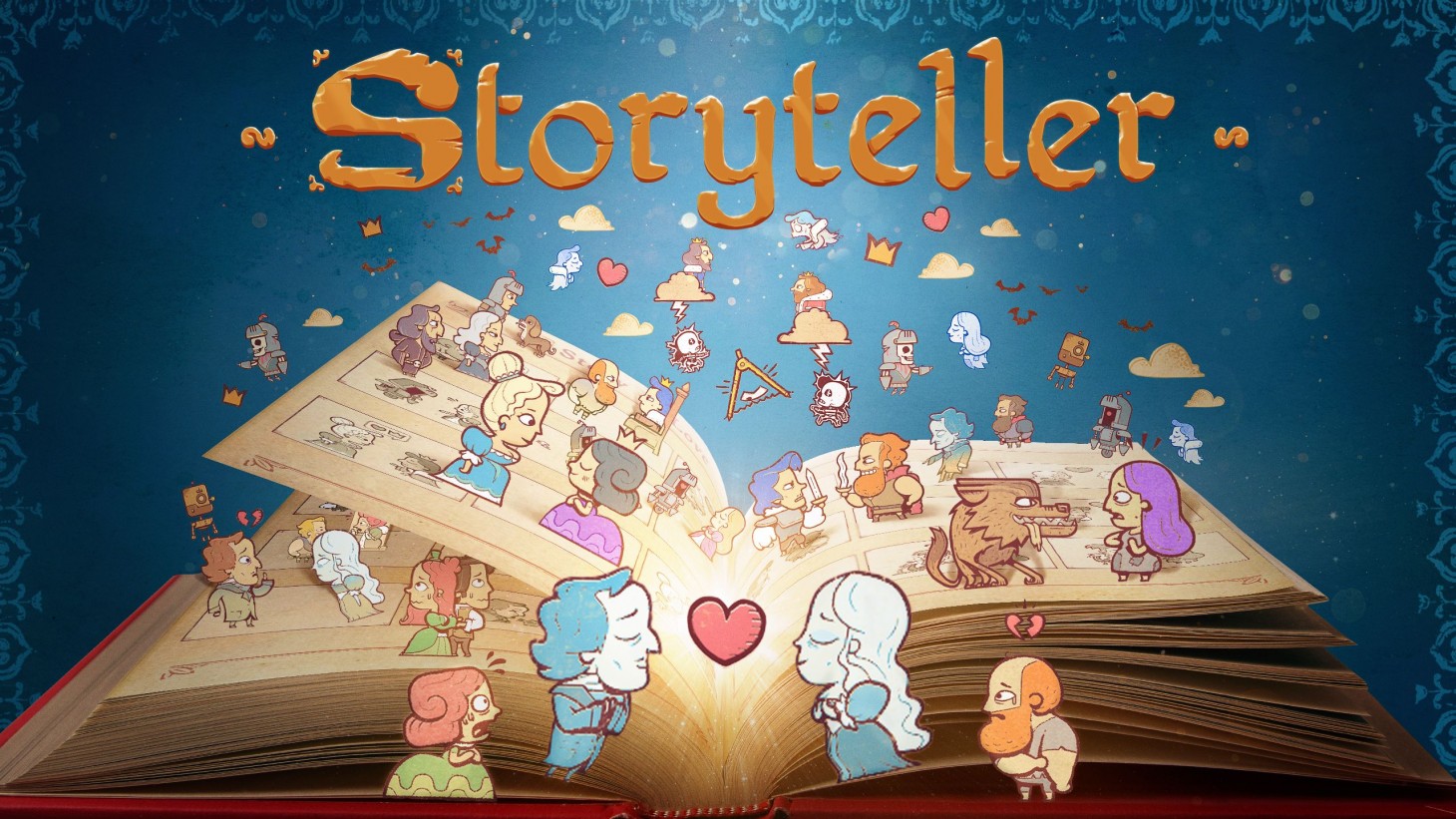 Storyteller And The Vulnerabilities That Come With Being An Indie Developer

Daniel Benmergui of Ludomancy is an Argentinian independent game designer that I've respected for a long time because his approach to creation is so unique and explosive in its intent. He has been behind some incredible thought-provoking games like Today I Die and I Wish I Were the Moon, and with today's Annapurna Showcase, he showed off Storyteller, a game that made its first debut back in 2008 but is now ready to be shared with the world.

Storyteller is a creative spin on the puzzle genre where players have the complete freedom to tell a story of their choosing. Whether it be a comedy or a heartbreaking tragedy, players are given a toolbox filled with characters, settings, and emotions to craft a narrative that can inspire love, revenge, and resonate with the deeper depths of our emotions. Twist a supernatural tale, if that's your fancy, or go the more Shakespearean route; the choice is yours.

Sitting down with Benmergui, he opens up to us about the more vulnerable side of being a game developer, especially with a tale such as this. There's a lot of himself in this game and with so many years building up towards its release, he admits that the thought of launch day scares him a little. "In the case of [Storyteller], it was very ambitious," he says. "Why don't you make a game about people making stories? It's very difficult to relate it to other things we've done."

With the game having been revealed years ago, the buildup towards launch is a double-edged sword. It's exciting, but it has also opened up a few fears regarding the public's reaction, doubly so with him putting so much of himself into the story, creatively speaking. "One of my fears is you," he says. "Was it worth the wait? I don't know, because most people are going to go into the story never having seen a game like this before. So I don't know what's going to happen, and yeah. That scares me."

He also opens up that it's difficult to not put yourself into the things you create as a creator and that the difference between being a AAA dev versus an independent developer gives more edge to that innate fear. "I come from a AAA background and then, if we ship something and people react badly, we can just push that blame up to the top. As an independent creator, that blame falls on me. It's about being extra exposed, you're going to be judged on everything. As an independent creator, you're going t be judged on everything. You have more freedom, yes, but that in itself is also kind of scary, it's like a freefall. I had a team that supported me, but what if that doesn't come across?"

The vulnerability expressed adds to the emotional depth of the upcoming game. It's personal, it's rooted in majesty and realism in equal measure. It's honest. Storyteller is about telling your own story. We've all had our moments of triumph. Of love and loss. Of fear and victory. Of doubt and contentment. Storyteller allows players to control the narrative, to put themselves into the story much like the dev team did. With the amount of care and passion this team has, including Benmergui himself, I have no doubt that Storyteller will continue on the studio's excellent track record of incredible tales.