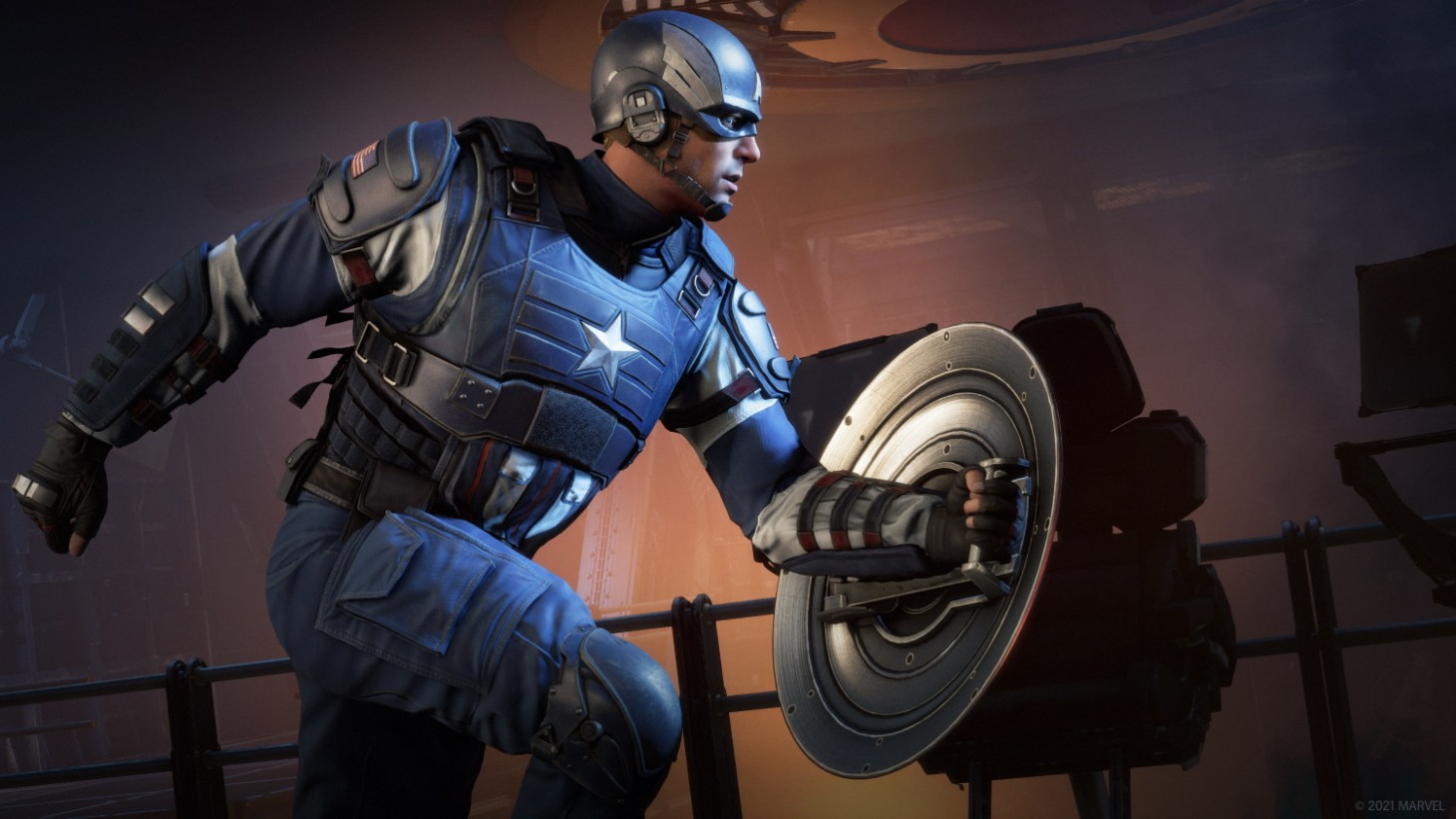 At launch, Marvel's Avengers was praised for its fun and compelling narrative moments, but it quickly became apparent that the post-game content was not on par with the cinematic and curated moments delivered by the more linear missions. Following launch, Crystal Dynamics went largely quiet as the new-gen versions and post-launch heroes were delayed, and the repetition of playing through the same content over and over impacted the concurrent player counts. With yesterday's announcement of Marvel's Avengers 2021 content roadmap, we sat down with Crystal Dynamics studio head Scot Amos to talk about what the team has learned from the launch and how it will affect development and the game moving forward.

While Amos asserts that he and the team are proud of what it has accomplished, he's under no illusion that it was a perfect launch. The studio looked at the number of fixes that needed to go into the game shortly after release and made the decision to pull everyone away from what they were working on, delaying new content and features. The decision was made to focus on fixing the game first, then focusing on features so that the team, when it was ready to develop and deliver new content, was doing so on top of a sturdier foundation. 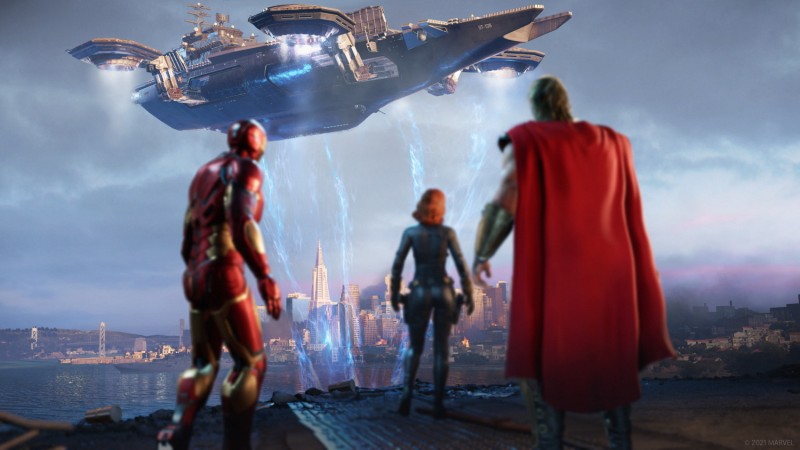 "We were humbled at launch," Amos says. "We are absolutely dedicated to delivering the game that fans want and deserve. We believe in this and we believe in what this game could be, so we're committed to making it right."

Crystal Dynamics monitored its community, as well as the media that covers the game and worked to parse through what needed to be prioritized. "We listen – we really do," Amos says. "We hear what you guys are saying. We hear what the press is saying, what the media is saying. It's our job to take all of that, process that – good and bad – and we're going to say, 'How do we use that to help adjust our philosophy?'"

The initial patches of Marvel's Avengers were hefty, with multiple titles updates in some weeks early on, with some delivering more than a thousand fixes. Unfortunately, communication with the community fell out quite significantly in the time following launch as the team focused on fixing the problems with the existing game in the immediate term instead of delivering new features and content. 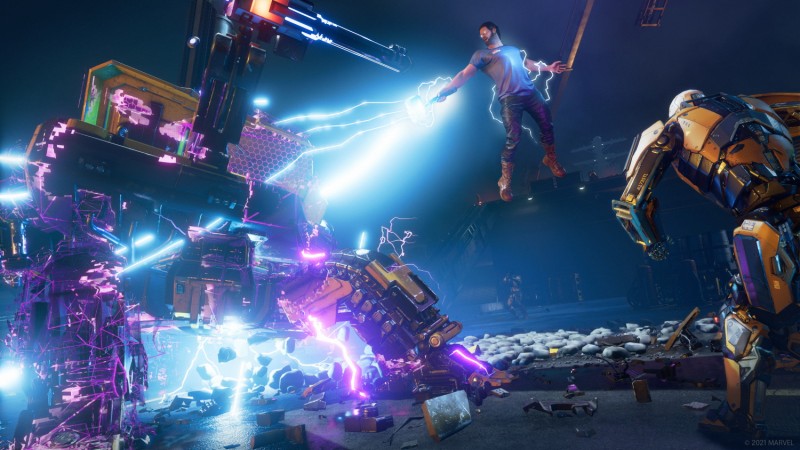 This delay in content caused the team to feel "gun shy" on delivering a long-term roadmap like the one we saw this week, but the team is aware that its lack of communication didn't do the game or its community any favors. "We have not been exactly state of the art with our communications and talking to fans and [the media] and really being as transparent as we could have been," Amos says. "This is that pivot-point for us of changing where we're at and where we're going."

These learnings Crystal Dynamics has had in the lead up to launch and in the time since will help shape not only the development of the game, but in how the communications operate going forward. "Learning about all these little things that need to be much clearer, that need to be really crystal in the communication, that is a big step for us," Amos says. "Painful learnings. And being able to say now we can apply that to our future."

While Crystal Dynamics learned a lot from putting out and supporting an ambitious living game like Marvel's Avengers, it also follows in the footsteps of other living games that suffered under lackluster launches. Destiny and Anthem are two perfect, divergent examples of how games can respond to lukewarm launches, with Destiny still going strong to this day, while Anthem's announced rework was recently completely shut down by developer BioWare. 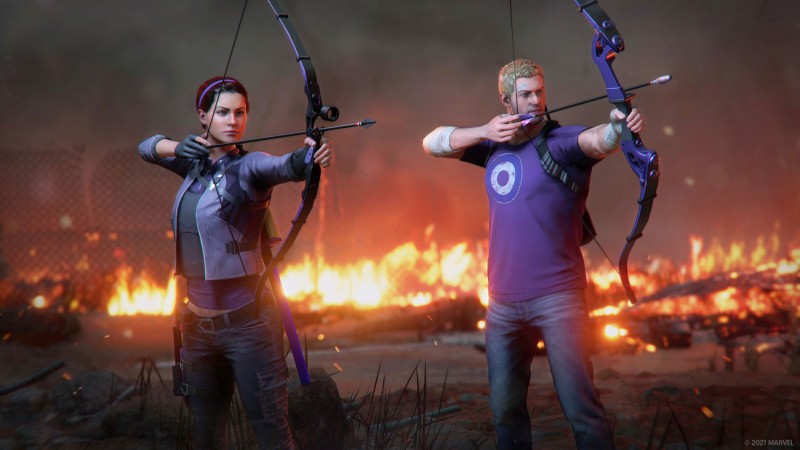 "We studied those games before we even launched, while we were building this one, and certainly you can see the hallmarks of certain things they do, that we may have, shall we say, coopted the ideas of," Amos says. "Looking at it, we thought we were ready. We thought we were prepared because we had a plan, we had a roadmap, and then what happened at launch, where there were so many things that we weren't ready for that we hadn't expected that we were fixing. [...] We looked down the path at some of these folks have had the exact same rough launch, got some criticism for what they did or didn't deliver, and what people expected versus what actually got delivered. We really have done a lot of homework."

Crystal Dynamics also isn't the only studio to have to deal with extreme circumstances over the last year, as the world was turned upside-down thanks to the COVID-19 pandemic. While some developers made smoother transitions thanks to already-in-place initiatives, Crystal Dynamics was affected by the quick move to working from home. "We had all the challenges that everybody had to suffer with this last year of working from home when we've never done that; we've certainly never launched a game that way before, and then realized how much harder it is not just to launch, but then to support that," Amos says. "Everything takes three or four times longer. Like, get a build made, get a build distributed to our QA guys, get the bugs back, fix those bugs, get it retested... just the time impact, the deploying of it, it has been something that has taken us a few months to get our sea legs under us to understand what we can do."

So as the team moves forward, Crystal Dynamics is shifting how and what it makes, and how it delivers those features and that content moving forward. "It's going to take time, and it's going to take investment," Amos says. "It's going to take looking at this in a new way of saying what are the things we need to change to be able to get the people who are already in to stay in, to get people who looked at us and kind of said, 'Oh that was fun, but I'm gonna go do something else,' and people who haven't looked at us yet, and say, 'How do you get all those folks back when they all have a slightly different need that they want out of this game?'"

Looking ahead, Amos is optimistic about the future of Marvel's Avengers. "We love what we've done with this game and we're desperate to get everybody else to see that cool stuff and scrape away anything that was either blocking or obscuring all the fun bits," he says. "There's just so much game that people just haven't seen or we haven't done a great job of communicating. For our part, we're disappointed with what we didn't correctly message to people, that we didn't get them hooked at the beginning as big as we wanted to. [...] We know we let some fans down from where we want it to be, but what we've gotten to and what I believe is in that game is why, top down, we're committed to it because we know what's in here." 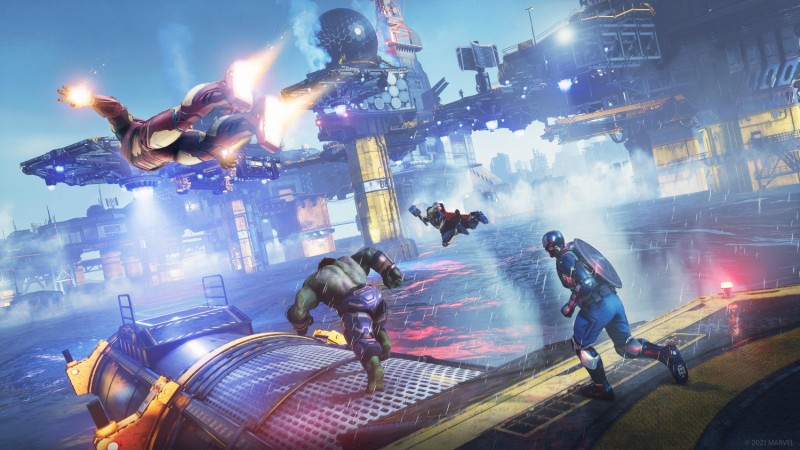 Only time will tell if Crystal Dynamics can right the ship completely, but with a clear roadmap laid out for players, it's already making great strides in the communication department, while that roadmap seems to indicate the studio has returned to the state it wanted to be in, where it's working on delivering new features and content to players on a regular basis. For more on Marvel's Avengers and its recent and upcoming content, read other interviews with Crystal Dynamics surrounding topics like Hawkeye, Black Panther, and the game's 2021 roadmap.