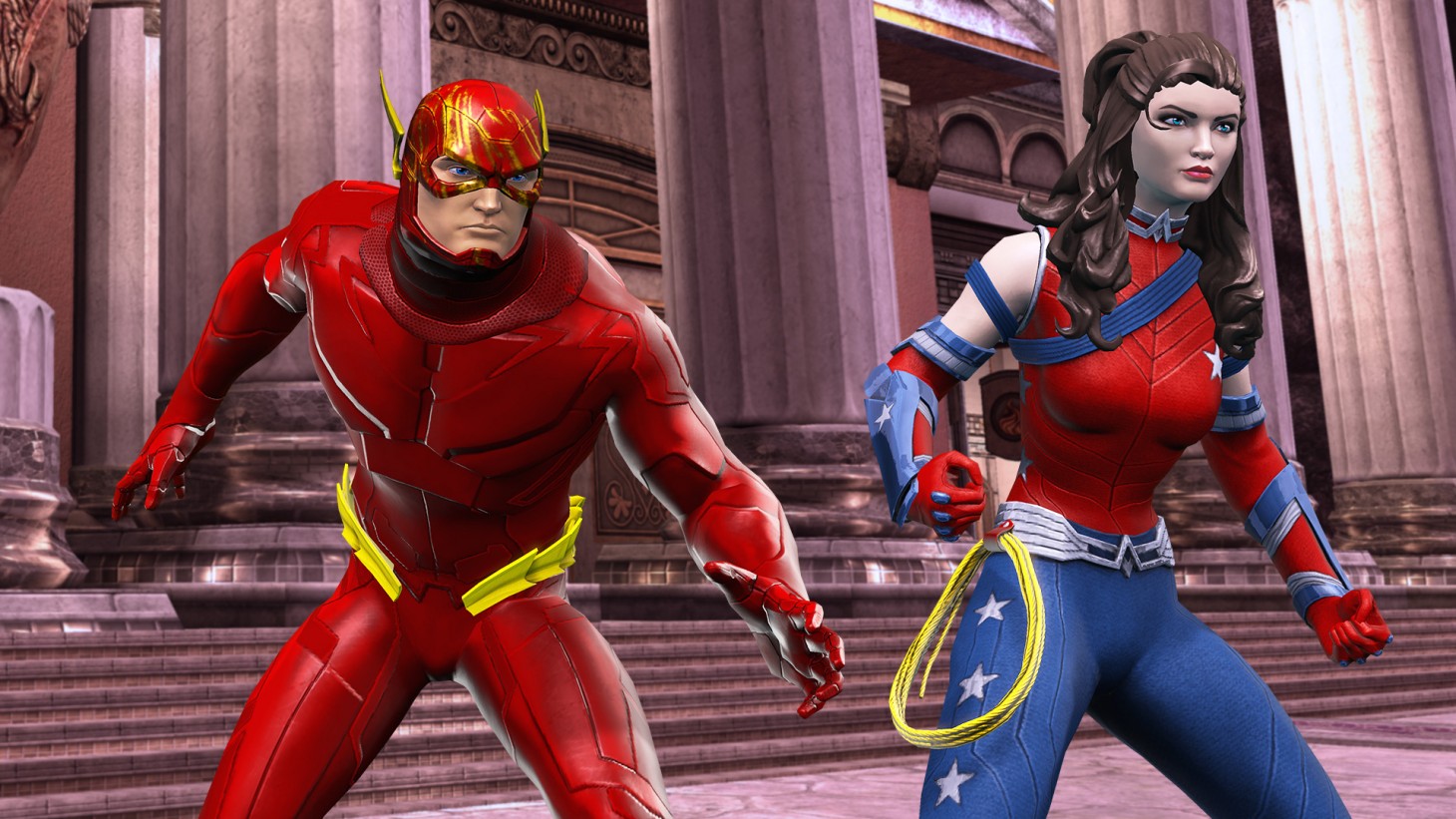 DC Universe Online first made its debut back in January of 2011 and since its launch, has given comic fans a plethora of expansions, a constantly evolving roster, and stories that many DC lovers didn't think would be told in a game format. DC Universe Online offers a fearlessness when it comes to creating content surrounding some of the most iconic characters in DC's history, and that vision has only become even more faithful to the community under the leadership of Dimensional Ink Games CEO Jack Emmert.

Emmert is a passionate comic book fan, so much so that our interview extended beyond when it was supposed to because his excitement was contagious. We sat down with the CEO to reflect back on 10 years of DC Universe Online and in that short time with the studio head, it was clear to see that this team is in understanding hands going into the next decade of adventurers with our favorite heroes.

The CEO mentioned that as a massive comicbook fan that the ability to come into a project like this and helm an IP like DC Universe Online was a dream come true. "To sit down and help carve a vision for the game? It's wonderful. In the stories that we want to tell with the characters we have and want to have, it's been the most rewarding. Legion of Superheroes? That's something wonderful to bring to players. Wonder-verse gave us a chance to create brand-new alternate realities and create a council of Wonder Woman across the multiverse, which is brand-new - that's not in DC lore."

Regarding how big of a comic fan he is, Emmert tells us that he began his journey as a fan back in 1974 and since then has acquired a massively impressive collection. "Because of that, you can imagine how much I love this IP. Plus, we have a really good writer who researches voluminously just about every single thing she can, no matter the subject. There is real authenticity to what we're creating and fans see that. I have decades of DC lore under my belt. Heck, I used to write RPG supplements for the DC Universe back in the day. With my knowledge and passion and the knowledge and passion of the team, it's easy to see why so many believe in the authenticity of our game."

When looking back at 10 years of this game, there are a lot of achievements to celebrate. With 2020 being the biggest year yet for the online game, the future is looking brighter than ever. "10 years, it's pretty amazing," says Emmert. "You know, you one get one of them. It really is remarkable, and it's a real testament to the people who worked on the game originally and who maintained it the right way. When I joined Daybreak a little over four years and a half years ago now, it feels like I'm standing on the shoulders of their success."

With his previous work on other phenomenal experiences like Neverwinter, his own talent is nothing to scoff at, especially in his position as CEO for the company behind DC Universe Online. That talent and love for comics has provided a unique take on content for the title, including what fans have in store for the entire year of 2021. We've previously broken down what sort of loot drops DC fans can expect through the year, including a new raid, Flashpoint, and even festive ways to celebrate 10 years with in-game fireworks.

With over 10 years of content now, newcomers jumping into the game may feel a little overwhelmed. Where to start? How to level? These are all questions new players may have, but part of the loot drops is the ability to created an already leveled hero with a free character boost that's close to max level.

With a decade down and "10 more to go," I couldn't help but to ask what stories Emmert and his team would like to tackle next. He mentions that Flashpoint was a must for him but he also says that at some point he'd love to do something with Infinite Crisis, "That's a wonderful series, please read it. There is the Rann-Thanagar War there and so many smaller stories wrapped into one. I'd also really love to do Watchmen at some point too."

He adds that he would love to do more with Golden Age as well in addition to more narratives around World War II. "I'd love to do more about trying to get the Spear of Destiny, but then that excitement starts to dive into content that might be a bit too obscure for most people."

Emmert reiterates that this game, like other titles, is very much a collaborative effort and that helps to keep content centered around what the broader community would want, versus obscure fandom desires. "We recently just increased our team size because we want to prepare for the next 10 years. Every single update we do, we upgrade the art, and we want to do more of that to keep the stories relevant. We want players to be able to relate to these stories no matter the time period. DC has proven it can stand the test of time because it changes and adapts with each generation. Because of that, this is just a really great IP to work with."

When asked about how 2020 treated the studio and the game's community, he mentioned that it was the title's biggest year yet. "Quarantines helped, sure," he says. "I also think though that we just did a really good job with our content. We had Birds of Prey, we just did fan-favorite Legion superheroes, which is something that players have been asking for for a long time. I really just think we struck gold with that. We also added Wonder-verse, which was all about Wonder Woman. I think quarantines [COVID-19] helped broaden the community, but we also just had really good content."

Speaking of the ongoing pandemic, I couldn't help but ask if the Work From Home orders had any negative impact on the game's maintenance and new idea implementation. Surprisingly enough, Emmert shared that there was almost the opposite effect: productivity and care within the company were at an impressive high. "In the beginning, it was about working out the kinks of communication, obviously logistics of people checking in their code or checking in their art assets. But after a few months, it really became nice. After seeing the success of working from home, I think it's safe to say that we'll probably never go back to an entirely in-office environment. I think working from home will be an option after everything settles. We've proven you can work from home and still do what needs to be done. My only worry is the downside of isolating individuals, there's not as much interaction and sense of community when working from home."

He adds that this is what we have programs like Microsoft Teams for, there will always be kinks when hammering down exactly how to remain an inclusive environment even with team members scattered all over the globe. This move into choices regarding work environments will become an industry norm, Emmert predicts, but he also warns that the key to making this work is patient communication. "Giving the option to work from home opens up opportunities for people across the country. Sure there are state issues, but these can be learned and worked around. I'm pretty sure others will follow suit like EA, Blizzard; everybody."

No matter what the future has in store for fans, it's clear that the DC Universe Online team is filled to the brim with passion, solid leadership, and a genuine care for the people that craft this evolving tale. With "the next 10 years" already on the table, we have to ask: what would you like to see DC Universe Online do next? Sound off in the comment section below!