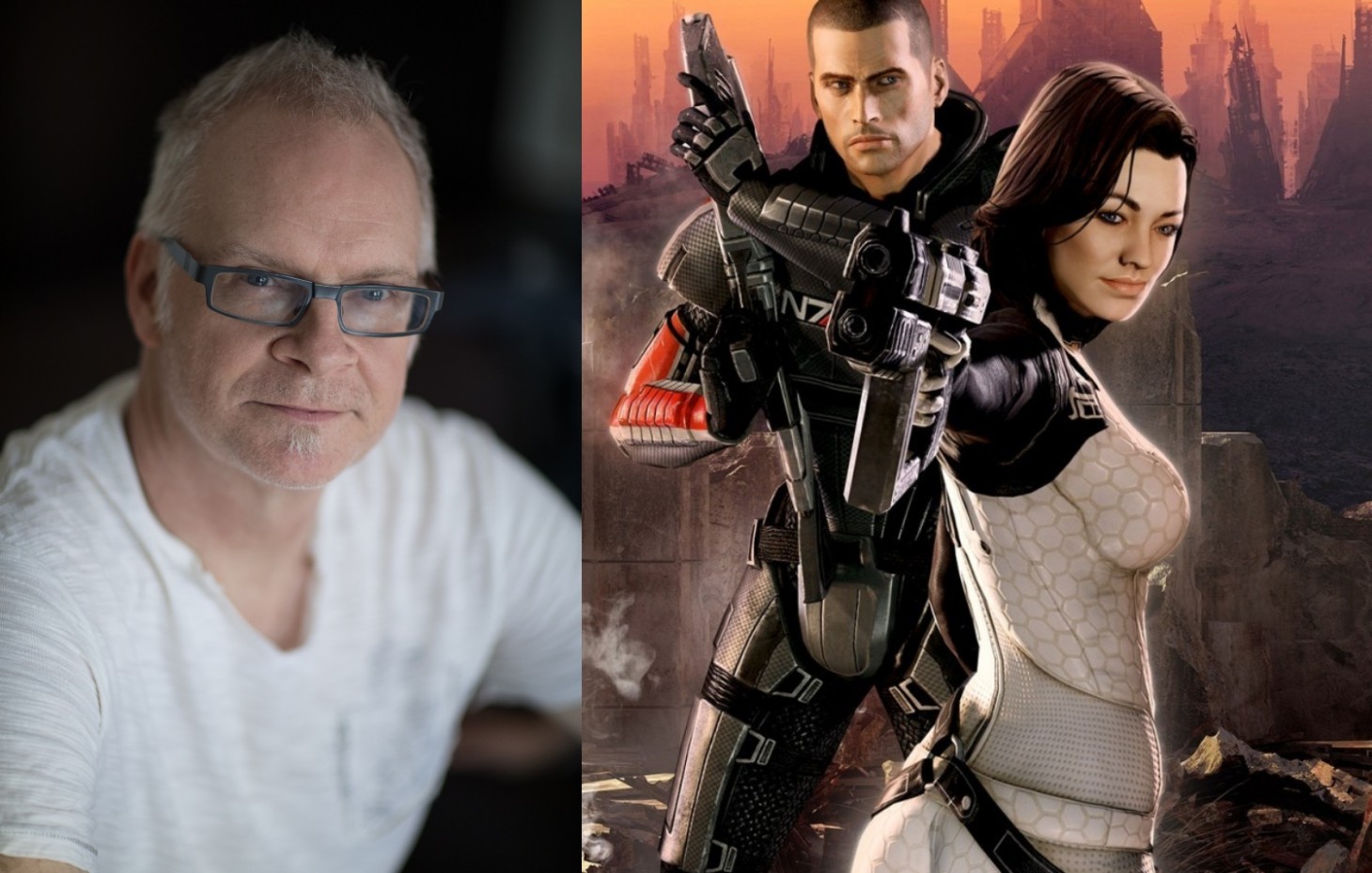 Jack Wall is an incredibly talented American video game music composer that has worked on some of the most iconic adventures over the past 20 years. From Splinter Cell to Call of Duty, then branching off into the world of BioWare with Jade Empire and Mass Effect – Wall's impact on the gaming community has been immense.

We recently sat down with Wall to dive a little deeper into his impressive history and the process behind these wildly different creations. Wall's career in composition began when he was a recording engineer in Boston and New York City back in the late 1980s, but it's not actually the career path he saw for himself growing up, at least not in the context that he's doing now. His journey from a recording engineer quickly evolved into being a producer and later a composer. His first foray into the world of writing for video games happened in 1995 and from there, his gaming adventure truly kicked off.

In the name of aliens and defeating the reapers, we sat down with Wall to learn more about what the experience was like working on such a beloved trilogy. We may or may not have also asked about his personal Shepard, because these are the important questions. 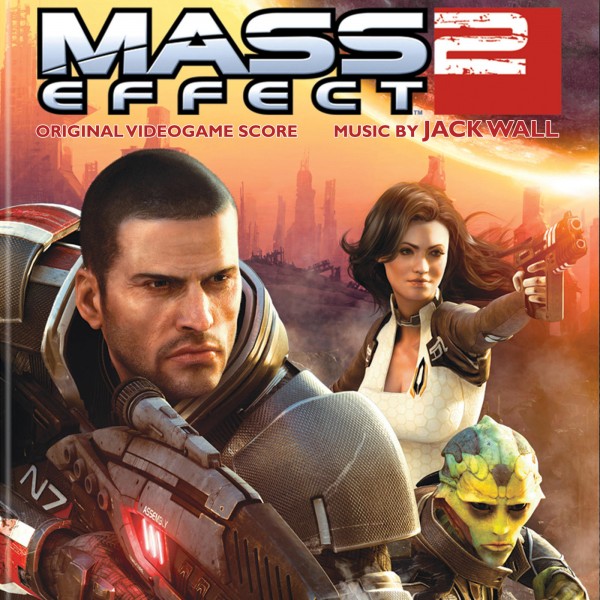 Mass Effect 2’s soundtrack is I think one of my favorite gaming OSTs ever made, with the remaster coming out I’d love to hear how your time working on this franchise was?

Wall: Wow, thanks! I appreciate so much having had a small role in the making of the first two games in a franchise that is making a huge comeback and will be played by a whole new generation of players. That doesn't happen very often.

Working on Mass Effect 2 was challenging. BioWare was really trying to do something new and I know it was a challenge for them as well. Everything came down to the wire to get the game out on time. But we did it, and I believe Mass Effect 2 has one of the best endings of any game ever, I'm really proud to be a part of it.

The Mass Effect community is one of the largest and most passionate in the gaming space, do you have any cool experiences with fans coming to you about their love of your work?

Wall: I still to this day get emails and tweets and other kind messages from fans who tell me how much they love the games and the score. It's pretty cool that it has affected so many people, even still.

There are so many tracks from the entire trilogy that just make me want to lay down on the floor and cry, how do you do that? Beyond inspirations and collaborations, what is it like to just create these entire universes through music? 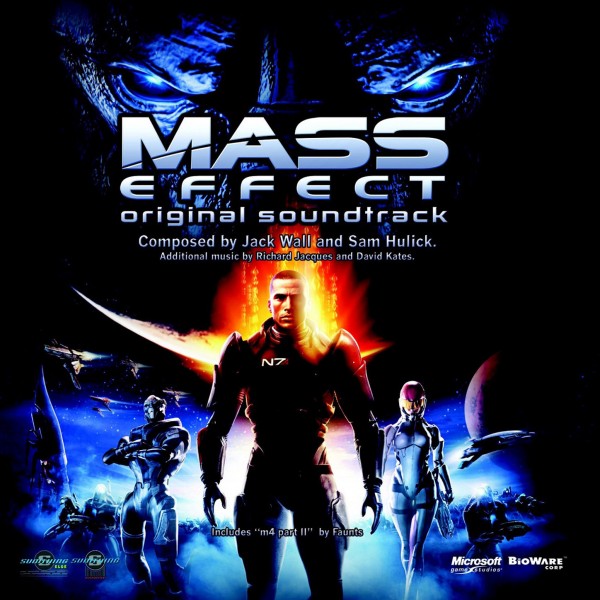 Wall: Well, it's just my process of working through the game as though it was a long interactive movie. I try very hard to make new experiences in new levels while uniting them all with themes and sounds that work for those areas. I still remember writing music for when we're in the Citadel - the Wards, the Presidium, etc. It was such a fun palette to work with.

Would you want to score the music for the new Mass Effect game coming down the pipeline that was teased during The Game Awards?

You have a very distinct and personal orchestral approach in a lot of your work, how did you balance that for a sci-fi series like this?

Wall: For Mass Effect 1, it was mostly synth. Any orchestral sounds were supposed to be more like synthetic strings and brass. For Mass Effect 2, however, we wanted synth to be mixed in with orchestra, that was the general idea for the sequel.

By the time Mass Effect 2 released, the series was achieving "Best Game Series" status, did that make the role of lead composer more daunting in any way? Does the hype of popular franchises impact your creative process at all?

Wall: Interestingly enough, no! It doesn't matter what the game is, to me personally. To me, I treat it like the multi-million dollar hit that I believe it is. I approach them all the same. The more freedom I get I think the better job I do, so if the developer gets nervous and starts second-guessing what I'm doing, then it might get a little dicey but that hasn't been my experience with most games I've written for.

Are there any moments in-game that you helped enhance through your composition work that sticks out to you the most?

Wall: Well, it's been a while, but honestly I preferred the FemShep experience. I like her voice more and felt more immersed in it. The end of Mass Effect 2 was such a great thing to replay in different ways. I've tried playing Renegade but I'm a Paragon-type guy. I gotta be a force for good, you know!

I gotta ask, who is your favorite romance option?

Wall: Easy, Samara! I know she's not a full-fledged love interest but it was definitely fun trying! (He laughs) It's all in the game! 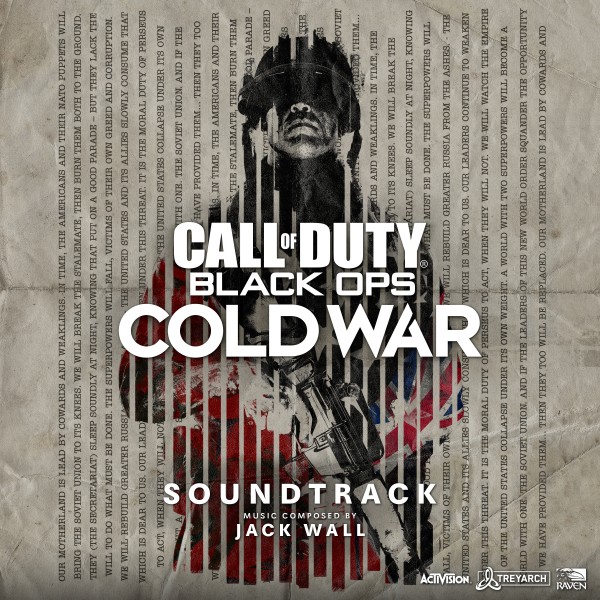 The Black Ops Cold War main theme is hauntingly guttural and almost feels Nordic at times (for the main theme), what was the inspiration behind that and how does it relate to the game’s setting from a creator's viewpoint?

Wall: Nordic eh? Interesting! My viewpoint was that since this was the Cold War and I grew up during that time, I wanted to look at things more from the Russian point of view. We did some research using declassified US government documents from that era to understand the viewpoint of the Russians towards the US. The choir is singing lyrics in Russian. The lyrics are, I think, good proximity of how the Russian people viewed the US during that time. The music feels a bit Russian as well to me and it’s mixed with the signature dark synths of the Black Ops series as well as ‘80s synths from the early part of that decade.

Is there any genre that you’re more comfortable with over another when creating music? Is a game like Call of Duty easier than other titles you’ve scored?

Wall: I actually really like to compose music I haven’t composed before. It’s part of the job that I enjoy the most. I’m a big fan of someone asking me to do music I haven’t done before so I can push myself to do new things. I don’t think composing anything is particularly easy. It’s always an effort and you have to put the work in and spend the time. But as long as I feel challenged that seems to be enough inspiration for me.

How would you describe the process of capturing the essence of a shooter when composing certain sound experiences?

Wall: One of the challenges of writing music for shooters is the fatigue of writing action cues. The way I get around this is that I approach a game level as a small movie where I spot the entire experience. I start writing from the top and by the time we get into the action I have a vibe going for the level and then ramping up the action feels more like just a part of the entire experience rather than THE experience. I also don’t start writing level music until I’ve established some themes for the game that I can use throughout. It gives me a roadmap or outline of how to approach the score.

You’ve done work on several Call of Duty games, do you have a particular favorite track out of this franchise?

Wall: I have a particular fondness for all of the themes for these games as they carry throughout the gameplay experience. For Black Ops II, the Raul Menendez Theme and of course Adrenaline as the MP theme. From BO3, I Live (with Brian Tuey), The Frozen Forest, Liberty Road, Ego Vivo, A World Upside Down, Snakeskin Boots, Cold Hard Cash and all of the jingles (so fun!), BO4, the first 3 tracks Right Where We Belong, Alistair’s Theme, Where Are We Going? (with Kevin Sherwood), This Jazz is Classified, all of the film noir type cues written for Zombies like Blood of the Dead and Dead of the Night. For Cold War, probably the first four tracks which are all the themes used throughout the game plus This Ends Now. There are more but these are my main babies!

Jack Wall has been an incredible part of the gaming industry, his unique talent and style have taken incredible digital adventures to new heights through the years in the best way possible. We all have that favorite soundtrack that takes us back to fond memories of playing the hero or saving the princess and with the Mass Effect Legendary Edition coming out this May, Wall's specific musical flare can be experienced by an entirely new generation of gamers that missed out on the trilogy when it first released back in 2007.

Are you a fan of Wall's work? Shout out with your favorite track from him in the comment section below! You can also listen to his most recent work with the Call of Duty: Black Ops Cold War soundtrack right here.