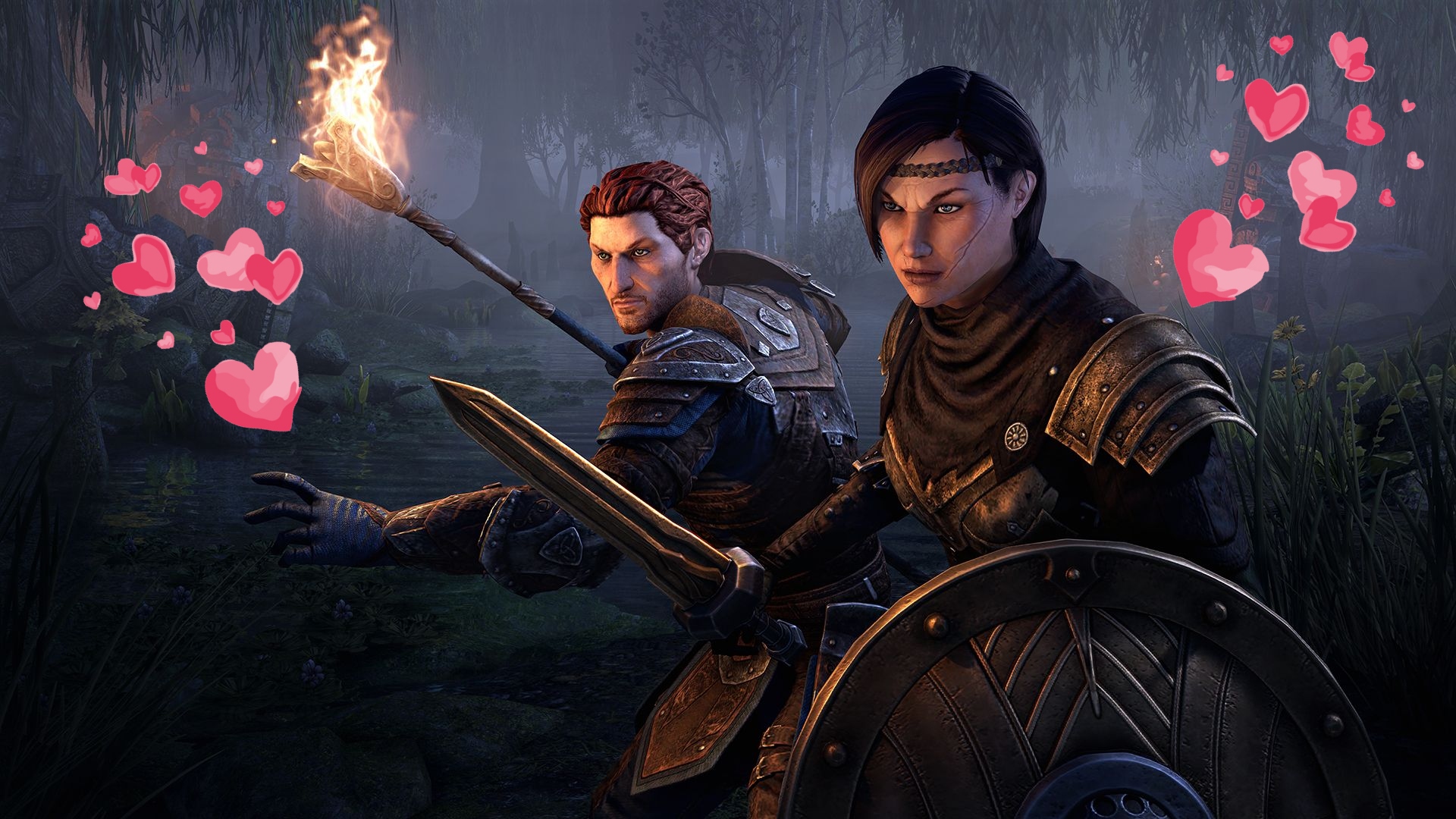 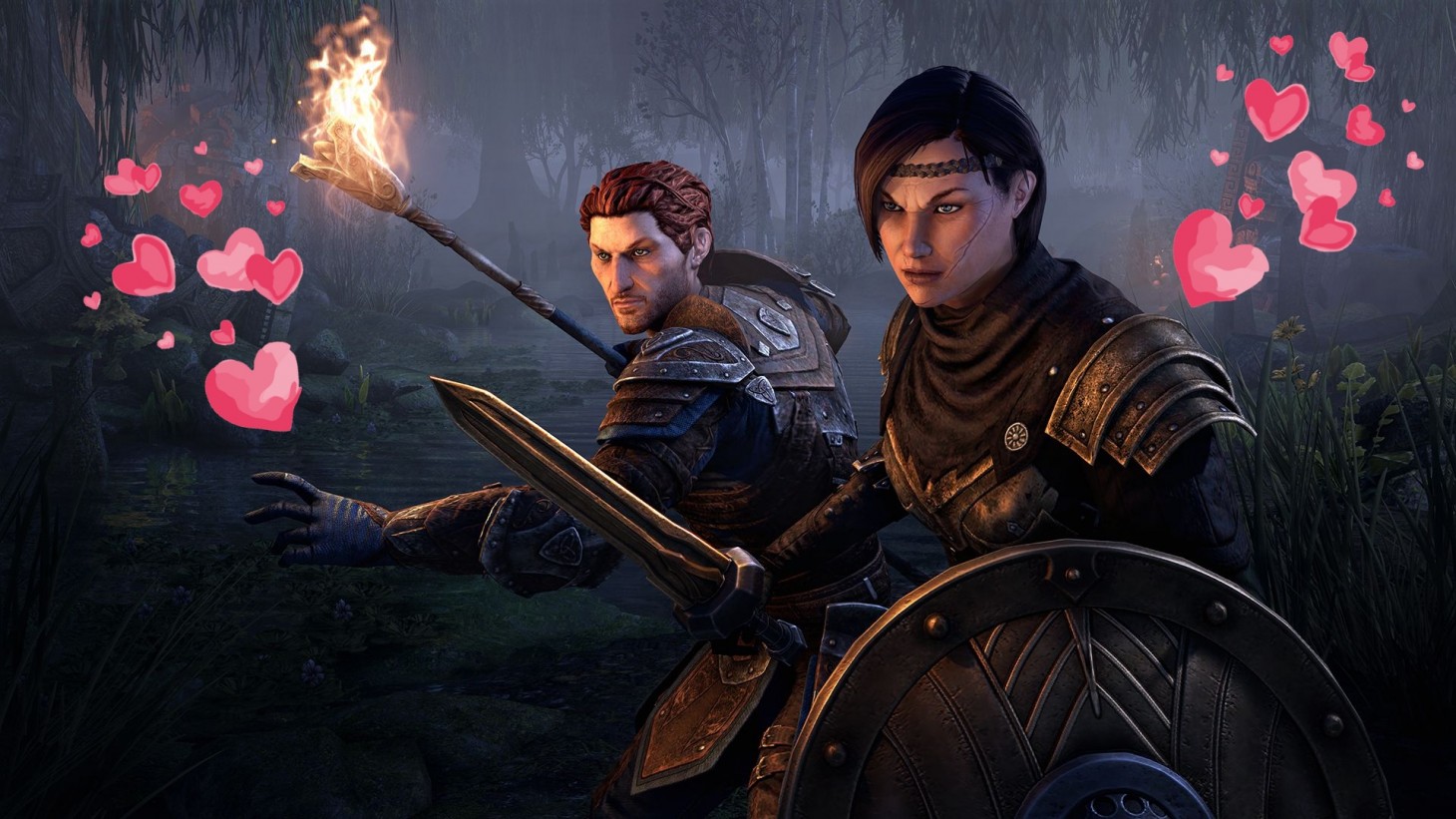 The Elder Scrolls Online: Gates Of Oblivion Is The Next Step To Adding Romance In-Game, Confirms Bethesda

Bethesda Softworks just revealed an in-depth first look at Oblivion, the next expansion to hit The Elder Scrolls Online. A year-long event will take players to places they have never been before, but denizens of Tamriel have more to look forward to than new locations and the return of Mehrunes Dagon; the introduction of companions is another major feature of this expansion, and it's a bigger deal than you might realize. Why? It all comes down to one ever-popular aspect of RPGs: romance.

In the single-player Elder Scrolls games, players have a select amount of characters they can build relationships with. Some of those relationships can even lead to in-game marriage. In the MMORPG of Elder Scrolls Online, however, the lack of companion characters provided no meaningful way to get attached to the many faces met throughout the game's adventures. Now that companions are making their way into the online world to help make ESO even more single-player friendly, I couldn't help but ask if that addition meant romance was on its way in the future. The short answer? Yes.

I recently sat down with Creative Director Rich Lambert to learn more about Oblivion and the tales it has to tell. When I asked if the relationship with companions could go deeper than just a battle buddy, Lambert said yes – but not in the typical romantic fashion, and not right out of the gate. He said the introduction of this mechanic in Oblivion is setting up for a goal the team has in mind for further down the road.

"With these companions, they have their own likes and dislikes," Lambert says. "You can go up one side and down the other side with your relationship to them. There is going to be something special that unlocks when you max out that relationship spectrum as well, though initially, romance won't be a part of it."

He adds, "Down the line, though, romance is definitely somewhere we want to get to. We just want to make sure when we add it that we do it right."

For now, there are two companions who players will get to know: Bastian and Mirri. "Bastian is kind of this chivalrous Knight kind of personality," Lambert says. "And he was the son of a noble there was a little bit of strife with his history that you'll learn more about while adventuring with him. He ended up becoming a servant to another noble family and is essentially being the protector of this rich sniveling idiot. The questline that you go through with him to unlock him as a companion covers one of those adventures. And then once you unlock him, you find out a little bit more about who he is and what his personal tragedy is."

Mirri, on the other hand, is a Dunmer thief who Lambert describes as having a "stab you in the back" kind of personality. Lambert mentions that she has an interesting twist in her storyline, but wasn't willing to tell me more no matter how much I was intrigued to hear everything.

Essentially, the introduction of companions is meant to lay the groundwork for more personal relationships going forward in future expansions. That being said, the team wants to make sure they don't rush adding something like this, ensuring that the highly requested feature is done in a way that will leave players feeling fulfilled with their story experience.

Another interesting thing about these companions is that they are more than just pretty faces. Players can spec them out to suit their playstyle, and solo players can take them into instances that usually require additional players, such as dungeons.

"So companions are there if you choose to use them – your permanent adventuring buddies – so you unlock them by doing quests in the Blackwood chapter," Lambert says. "Once you have them, you can level them up, you can equip gear on them, you can assign them to a specific role; so if you need a tank, you can have them go tanky, or healer or damage dealer. You can set their skills that they use and the order they use them in. Each companion also has its own series of likes and dislikes. There's a report system associated with this. This system will change as a player progressed through the story to unlock new quests to get to know each companion."

Lambert adds, "We're still going through how this all works within the world and figuring out exactly where you can use different companions as well. We know we don't want them used in PvP, so we've taken that option out, but outside of that, we want you to be able to use them everywhere else."

Is romance in games like this necessary? Absolutely not. But it does make for a more enriching experience for those that crave an even more detailed and immersive experience to get lost in. The lovey-dovey mechanic was optional in the Elder Scrolls single-player games, and making it that way in the online experience just further connects ESO to the larger Elder Scrolls franchise.

What do you think about what we've learned thus far about Oblivion making its way into The Elder Scrolls Online? Sound off with your thoughts in the comment section below!