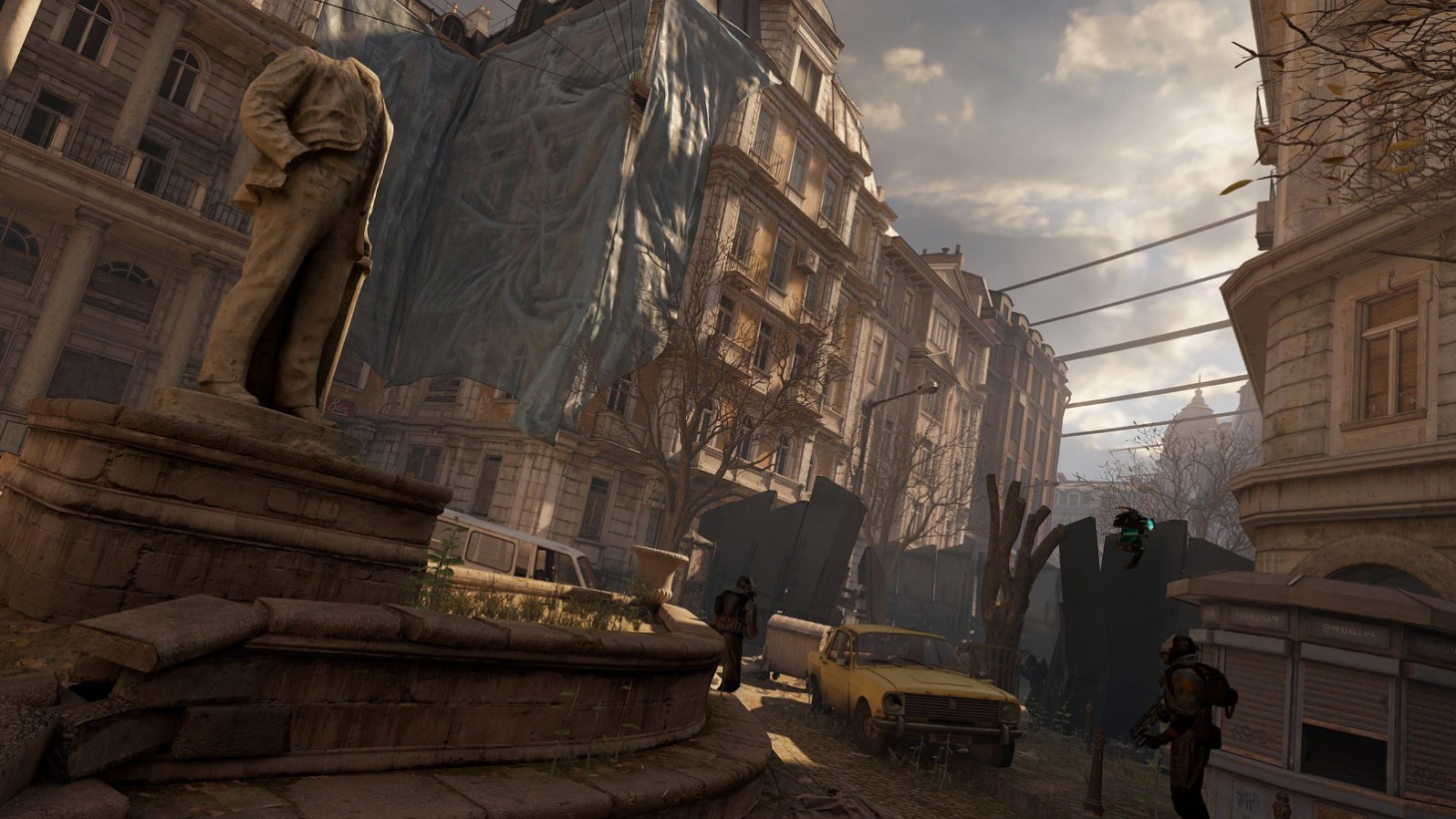 Valve On Why Half-Life: Alyx Needed To Be In VR

Valve has been incredibly bullish on virtual reality. The company has not only created VR headsets, it's taken one of its premier franchises and created an entire game built around the technology. While many are still hoping for a traditional Half-Life shooter, we’re also thankful that Valve is creating the kinds of long-form VR experiences that might draw new users to VR. So to get a better understanding about how this project came to be and what this means for the series’ future, we talked to Valve developer Robin Walker.

Tell us about the origin of this project. How did you settle on VR?

When the Vive shipped, we had been developing The Lab as a way to understand the possibilities of developing in VR. Something that became clear was that, as much as experiences like The Lab are exciting in that they point toward some of the possible breadth of VR, there were a lot of players who wanted experiences that were more ambitious in scope and depth as well – games we would understand as full-scale triple-A experiences. We thought we were in a position to help provide that. Now, four years later, there are a lot more developers who share these goals, and we're hoping games like Half-Life: Alyx continue to encourage that even further.

How are you ensuring that this game still feels like Half-Life even though it’s in VR?Our prototype work on this project began by simply taking assets and systems from Half-Life 2 into VR. That was a very quick route to getting some deep mechanical exploration up and running in the engine. But as it turned out, Half-Life's set of mechanics was a surprisingly natural fit for VR, even before any of the necessary work was done to deeply integrate them into the medium. It was very clear from those first experiments that VR was going to be very fertile ground for Half-Life. So in the simplest sense, the game feels like Half-Life because it is Half-Life. VR has opened up a lot of new avenues to expand Half-Life's existing framework as well as introduce plenty of brand-new ideas, but those underlying bones are unmistakable.

Do you feel like you are pushing VR to new limits?

Even mechanics in Half-Life: Alyx that are directly lifted from traditional first-person shooters and that don't require a fundamental rethink, like aiming and firing a pistol, end up having a very unique feeling in VR. The sensation of taking aim by physically positioning your hand in space relative to your eye is very different to performing an identical action with your mouse or controller. This all spirals out into every aspect of mechanics design, level design, pacing, and even things like frequency of ammo pickups and combat tuning. So there's a lot in this game that Half-Life players will deeply understand from the start, but they will be experiencing them in a radically new context – as did we. And there are plenty of elements that will feel entirely new.

What can you tell us about the narrative? Some are worried that since it’s a prequel, it won’t carry the story forward. Do you feel that’s fair?

Half-Life: Alyx is a full-fledged entry in the Half-Life series, both in terms of the sheer amount of content as well as the importance and substance of its narrative relative to the rest of the series. It's a critical part of the larger story, and it does push that story forward.

Do you think that Alyx will give fans some closure on the end of Episode 2?

It's not a bad idea for players to have refreshed themselves on the events of Episode 2 before starting Half-Life: Alyx.

What would you like to say to fans who are hoping this means you’re still working on Half-Life 3?

Half-Life means a lot to us, and it's been incredibly rewarding to refamiliarize ourselves with its characters, setting, and mechanics. There are Half-Life: Alyx team members who have been at Valve since Half-Life 2, and quite a few who go back to the original Half-Life. There are also people on the team for whom Half-Life: Alyx is their first time working on this series at all – and many of them certainly hope it's not the last. We absolutely see Half-Life: Alyx as our return to this world, not the end of it.

For more on Half-Life: Alyx, watch these recent video featurettes that offer a good look at the game in action.