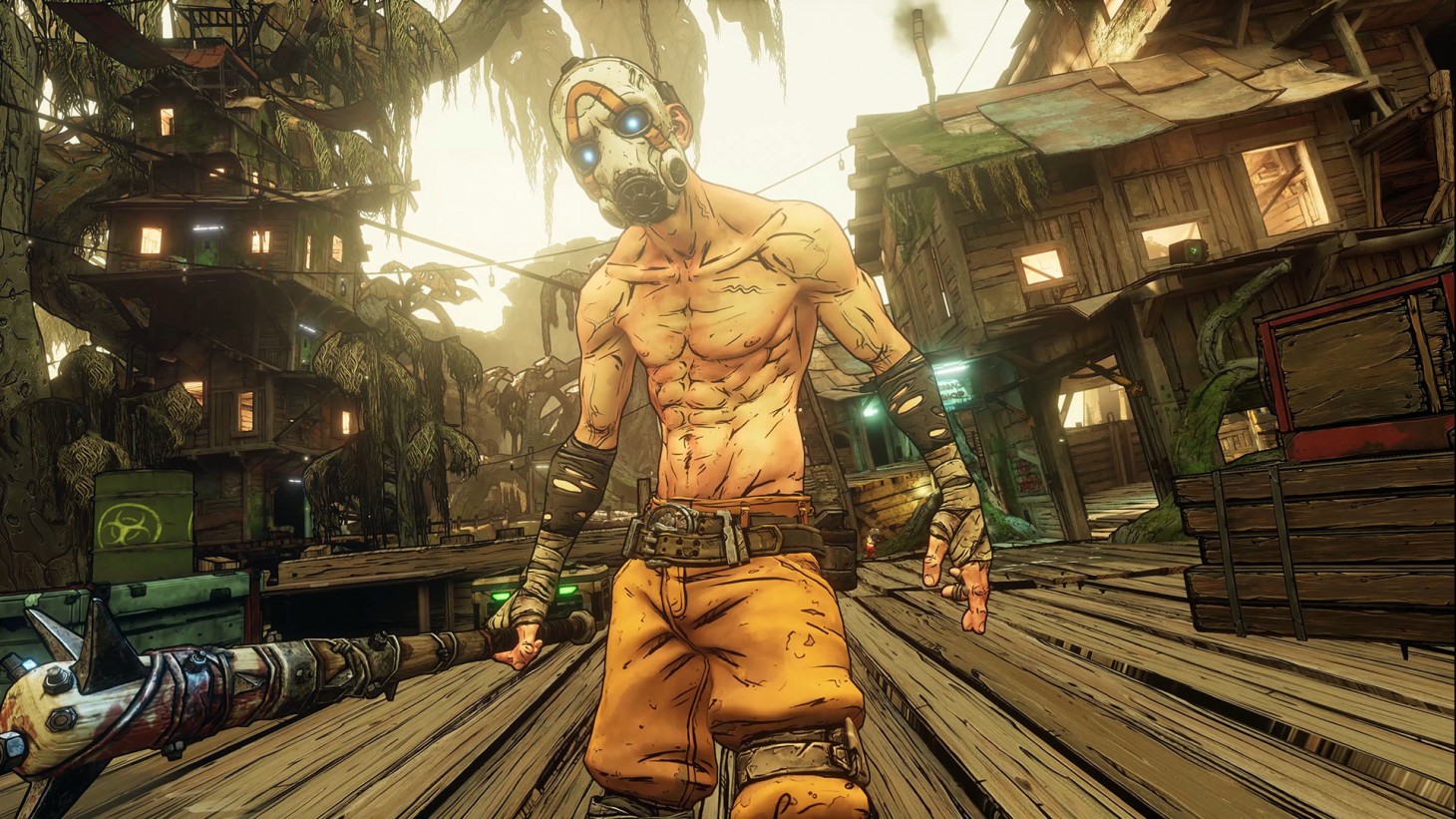 BAFTA award-winning composer Jesper Kyd has been working in the games industry for almost 30 years. From Borderlands to Darksiders, Assassin's Creed to Hitman, Kyd has worked with iconic franchises from their beginnings, shaping sounds and worlds as he goes. This year was big for Kyd and his musical legacy; on the 10th anniversary of Assassin's Creed 2, the Assassin's Creed Symphony went on tour, and a Hitman legacy vinyl collection was compiled of all his work on the franchise. We talked to Kyd about his past work on Assassin's Creed, Hitman, and Borderlands, and asked what we could expect from the upcoming Borderlands 3. 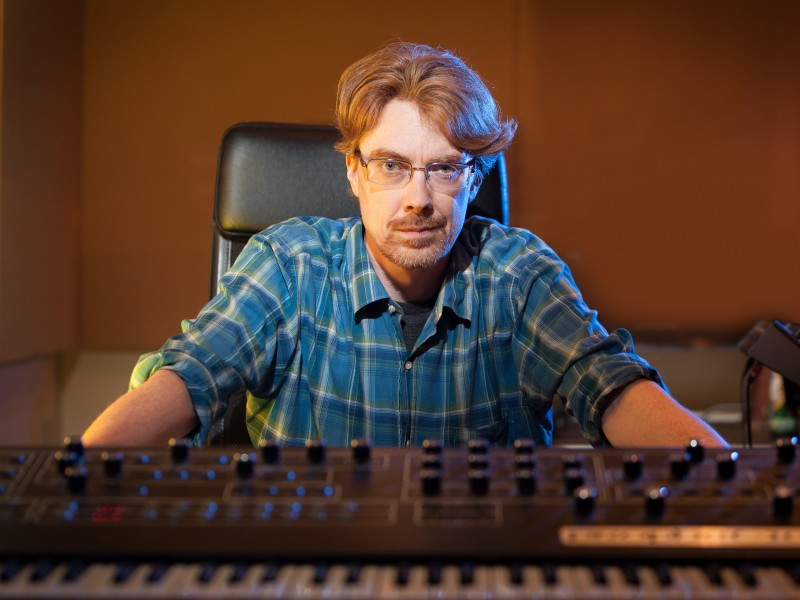 When you started working with Gearbox on the Borderlands games, what were they looking for with their music?

For the first couple of games, they were looking for an atmospheric score that fit well with the desert setting of Pandora, with currents of anarchy and broken futuristic elements running through it. The games take place in its own distinctive universe so that gave us the inspiration to push things in a unique direction. The characters are really strong and over the top, mixed together with a lot of humor, which is also something we keep in mind for the music in the Borderlands series.

What was it like, coming back to the Borderlands franchise after the Pre-Sequel? Like riding a bike?

On Borderlands 3, I scored the Eden-6 planet, which is a swampland planet. Gearbox was looking for something that still sounded like Borderlands while mixing it up with the environmental influences of Eden 6. So there are lots of slide guitars mixed with synths and beats mixed with acoustic percussion. I play a big dulcimer as well as more experimental sounds with a National 1950s lap steel guitar played through a Gizmotron and tons of guitar pedals. I really had fun and went all-out on this one. I also scored a map with new music more in the direction of my score for The Pre-Sequel and Claptastic Voyage, with lots of melodic synths and beats. Aside from the cinematics and menu theme music which I also wrote, the other planets were scored by Michael McCann, Raison Varner, and Finishing Move. For my part, I treated the story and world with a multi-textured and melodic approach, but at the same time, when there is an opportunity to add something that sounds more quirky (like a mad organ played around a theme for a boss fight), I added all kinds of new ideas without losing the essence of what makes Borderlands unique. Overall, I wrote about two hours of music for Borderlands 3 and it’s by far my most diverse score for the series.

The Borderlands soundtracks and the Assassin’s Creed soundtracks are obviously very different. How did your process differ in, say, capturing the musical style of 15th century Venice versus the world of Pandora?

Borderlands really does live in its own world. One of the most challenging but rewarding aspects of scoring Borderlands is that the games are so funny and entertaining, with some absolutely outrageous characters and a super fun story. So the challenge is to infuse some of this “fun” into the music without it becoming cheesy or cliché. We have to take the music writing seriously or the score won’t work but I still had to keep that fine line of adding fun elements and quirky ideas into the music. That is something we have been defining since the first Borderlands and I feel with my music for Borderlands 3 I have achieved that balance better than any of the previous games. So it was a complex score to write from a sonic perspective and also the most advanced interactive music system I've worked with.

Assassin's Creed 2 was also a sonically challenging score since Ubisoft was looking for something that hadn’t really been done before. They wanted a music style that was modern, yet grounded in 15th century Renaissance Italy. Ultimately though, I think the score worked because of the melodies. And personally, I am more and more interested in melodic writing and how that affects mood and atmosphere. Melody doesn’t quite feel like it gets the focus it used to and that could be because production value has become the number one thing these days. Great productions mean you don’t always need a memorable theme since everything already sounds good. However, if you can do both, a kind of magic can be achieved and that is what inspires me.

It must be amazing to have your music played live like it is with the Assassin’s Creed Symphony tour as well. What is that like on your end?

It is always a thrill to hear your music played with a live orchestra, and to be able to share that with other people is a humbling experience. I was recently at the premiere of the world tour in Paris, and to see 3,000 fans enjoy the scores for Assassin's Creed was amazing. As composers, we tend to be locked away in the studio, so to experience the reaction to your music with a large concert audience is always emotional. I was told by several fans after the concert they had tears in their eyes when Ezio’s Family was played.

This theme has truly evolved beyond what it was originally written for. When I hear this theme in the Assassin’s Creed series now, I think of the sacrifice that each main character experiences and how that affects their family and friends as well as reflecting their personal sacrifices to become an assassin. It’s very flattering to have this theme now representing the franchise in a wider context.

One of the first times I noticed the theme starting to show up outside Assassin's Creed 2 was when Namco asked me to write a remix of Venice Rooftops (which includes the Ezio Family motif) for the Ezio character in Soul Calibur V. Later Ezio's Family was also featured in the Final Fantasy series. Another indicator is the overwhelming number and sheer variety of different fan remixes of Ezio's Family that have been uploaded to YouTube, so it seems to have really resonated with the fans and become a fan favorite.

Your work on the Hitman franchise is incredibly well known, and a legacy vinyl collection is on its way, one that you handpicked the tracks for. Did going through all these songs bring up any old memories?

Sure, one thing that's hard not to think about is how I would do this or that differently today when listening to some of my earlier music. What perhaps sticks out the most is the live orchestra and choir and my experience recording those scores. We used an 89-piece orchestra and 60-piece choir (Budapest Symphony Orchestra and Hungarian Radio Choir) to perform my music for Hitman: Blood Money, and that recording session in particular was an amazing experience. For Blood Money, we created a sound that is more like a classical opera for the world of Agent 47 mixed with electronics. His world is so stylish, elegant, and epic, yet modern and innovative. My music evolved with the franchise and with Hitman: Blood Money it was exciting to mix the classical-inspired sound for Hitman 2: Silent Assassin with the electronics of Hitman: Contracts. I was given the opportunity to play a huge role in defining the sound, feel, and atmosphere of Hitman. The team wanted something unique and trusted me to come up with that. IO made me feel that I was part of the development team and I believe one of the reasons the music is still popular today is that it fits those games really well. We went beyond what just happens on screen to a deeper level by focusing more on the interior mindset of Agent 47 and his world. The interactive music design was a not a main concern, but something we focused on after the music style was fleshed out.

I feel very blessed and lucky to be able to do what I love for a living. I try to do the best I can for each score and, where possible, I also like to bring ideas for music systems, ideas for perhaps better ways to serve the game. Everything I do is based on the notion of making the music improve the game. How can I make the atmosphere better, more dynamic, more cinematic, more unique, etc.; that's what I’m always thinking about. There is so much more to music than just composing music that fits a scene. If you can find that special something that will deepen the game, suddenly everything in the game gets better, deeper, and more immersive. I am very much a gamer and always score games from this perspective, so immersion is always a key part of my writing process. When experimenting with music style ideas it’s not uncommon that I am told by the developer that they were surprised about this or that idea and until they tried it in the game they weren’t quite sure. Those types of cues usually work out, and I think that kind of approach has to do with me and my music growing up in the games industry surrounded by artists and programmers. From 13 years old, most of my friends were people I ended up working with, including co-founding the games studio, Zyrinx.

As someone who has been working in the games industry for many years, how have you seen the industry evolve? How have the years impacted your compositions?

My melodic writing and production quality have evolved since starting out, and there’s a lot more emphasis put into these things. Back when I started out the demand for wild creativity was broader since audio departments were usually much smaller and the composer was often a music director as well. I have seen this change in the industry over the years. I feel lucky that I was able to make a name for myself coming up with unusual ideas. These are still the type of projects I look to get involved with and fortunately that is often what I am asked for as well when being approached to score a new game.

Finally, what kind of games are you playing in your free time?

Recent faves include Racket: Nx, Sairento, Beat Saber, Superhot, and Subnautica: Below Zero. I also love all the Dishonored games, which I have been getting back into recently.

For more on Borderlands 3, check out some concept box art for the game's upcoming release. For more composer interviews, check out our interview with the Sarah Schachner on Assassin's Creed Unity. Also, check out the Hitman vinyl collection from iam8bit.

Borderlands 3 releases on September 13 for PlayStation 4, Xbox One, PC. 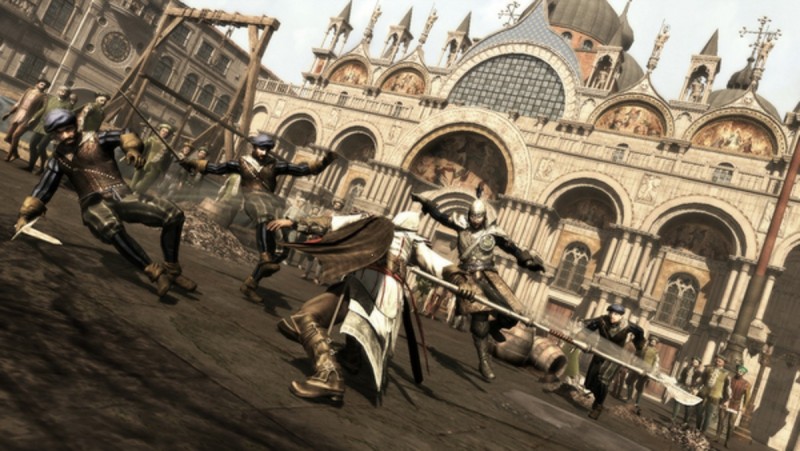 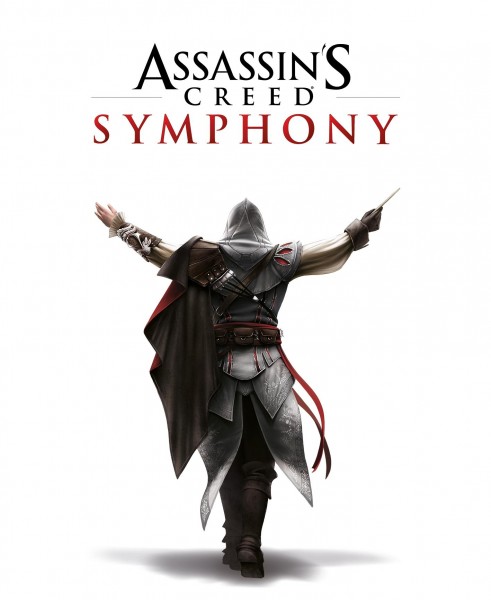 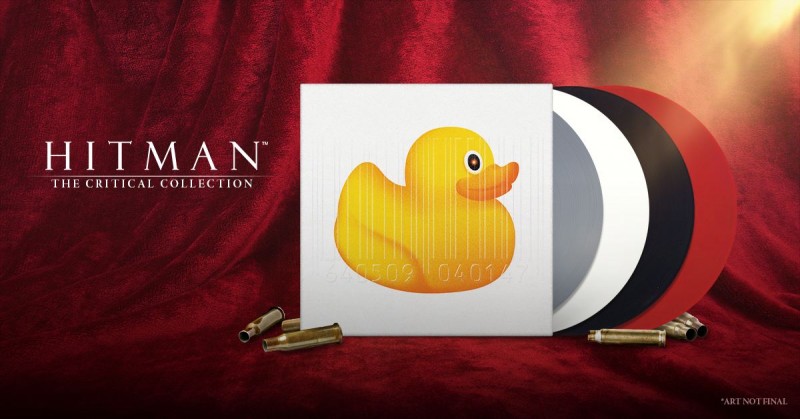 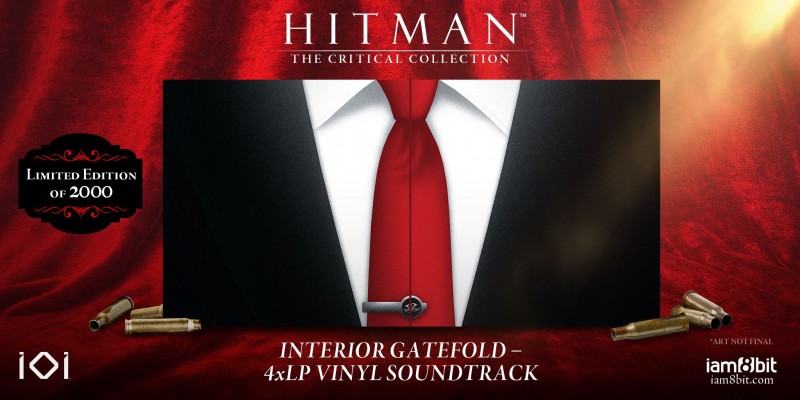 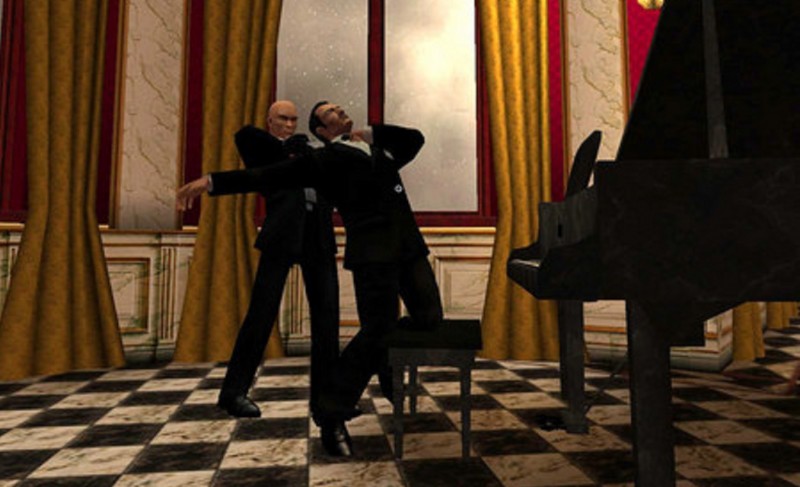