Praey for the Gods has been in development in some form since 2014. The game is heavily inspired by Shadow of the Colossus and found success on Kickstarter when it earned $500,000 in pledges with a $300,000 goal. The game entered early access on January 31, which has offered a fairly substantial look at the full experience. After spending some time with the game and felling a few of its "gods," we reached out to creative director Brian Parnell to ask a few questions about the game's inspirations and its future.

Game Informer: How much of the game is in the early access version?

Brian Parnell: We've delivered on the goals of the Kickstarter but the game is not done yet! We love working on this game and are looking to add a couple more bosses prior to our 1.0.

We're also looking to continue to shape the game based on the feedback we've been receiving. 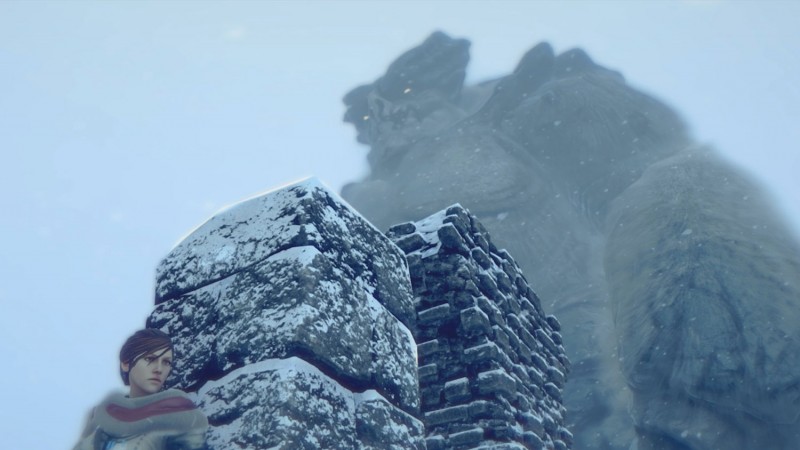 Shadow of the Colossus is an obvious inspiration. Do you consider Breath of the Wild an inspiration, as well?

Of course, there aren't many games with climbing in them, let alone climbing giant enemies, so we did our best to track down ones that we feel did it well, Breath of the Wild being one of them as I'm a huge Zelda fan and had been playing Skyward Sword with my son for about three years (we played once a week together). So that was seeping into our early design decisions without me really realizing it. There was a lot of design overlap with Shadow of the Colossus/Skyward Sword/Breath of the Wild (i.e. parachute, climbing, stamina). Inspirations also came from Deus Ex (my favorite game) with multiple paths to getting on a boss and some other games we were found of.

Consumable/durability items actually came from old games like Capcom's Final Fight where you'd get a pipe, use it for a while, and then move on. I figured most melee weapons would be kind of tricky or at least silly to use on a boss (i.e. hitting their toes) and by having them be limited it would allow the player to try new approaches. We saw Breath of the Wild come out after we announced and saw how similar these designs were. However, we are still looking to improve and adjust our systems while in early access.

Is there a name for the giant creatures you’re taking down? How many are there (or will there be, rather) in the final game?

Many people call them gods. I find what is cool about that part is people the community trying to decide what they are. Are they gods? Why are they tied up? If they are gods, why are they miserable? I'll be honest, the lore page on our Steam Discussion group is amazing to me. I love it, and it's exactly what I was hoping to see.

As for numbers, we wanted to hit eight during the Kickstarter and we didn't. We have one additional for sure that we plan to get in, as well as a pretty cool ending. I got additional boss designs we'd love to bring to life. It looks promising that we'll be able to add more, and while it could push on the proposed timeline, I think players would want more bosses if it meant a little more time in early access. 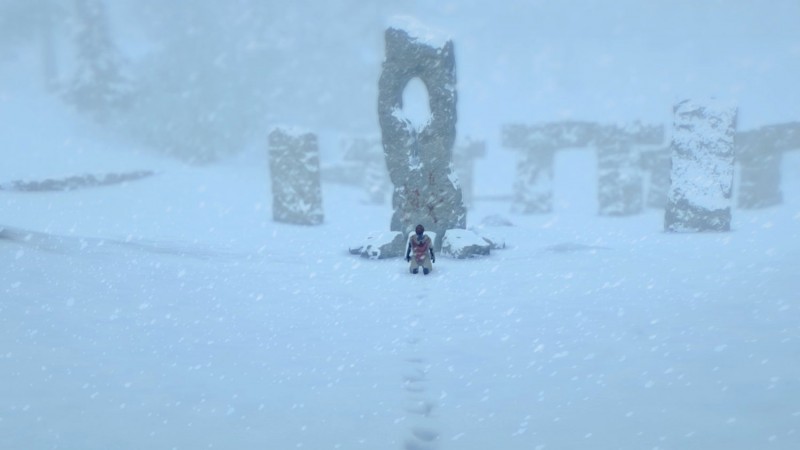 Does the game have any dialogue? Or on-screen narrative text?

There is currently no dialogue in the game. Part of that reason was to avoid lengthy translation times as we wanted anyone from around the world to be able to play the game.

I'm pretty sure we'll keep it narrator-free. I was looking to do a  Journey-esque way to tell a story as I like to keep it cryptic and mysterious versus a heavy handed way of telling a story. I find allowing the player to piece the story together themselves and share what they know with others to be a pretty rewarding way. Expanding the lore is something we're planning as well, through journals left by fallen heroes.

Additionally, we're also prepping an update that will speak to some of the feedback we've received with our first release. A number of the players love how the game plays which is awesome! However, we watched streams of players as well as received feedback from players. We noticed a bit of a death spiral happen for players that didn't come to boss battles prepared. We've adjusted our easy/normal systems to be more incentive based. So now, eating boosts stamina for a while and returns it to normal, versus wearing the player down more. We've also offered a subtle auto-regen that helps them get back in the battle and not feel completely helpless if things aren't going quite their way. It's certainly not easy mode, but offers the player a little more flexibility with how they can be successful. Hard/Legendary are relatively untouched as most of this feedback came from Normal and Easy modes. We also fixed bugs, adjusted a couple bosses, and improved the length that fires will burn and regain warmth.

We're also prepping to expand crafting, durability systems, and of course more content. That's what Early Access is all about, right!?

For more on Praey for the Gods, head here. You can also check out the game's Kickstarter page here.