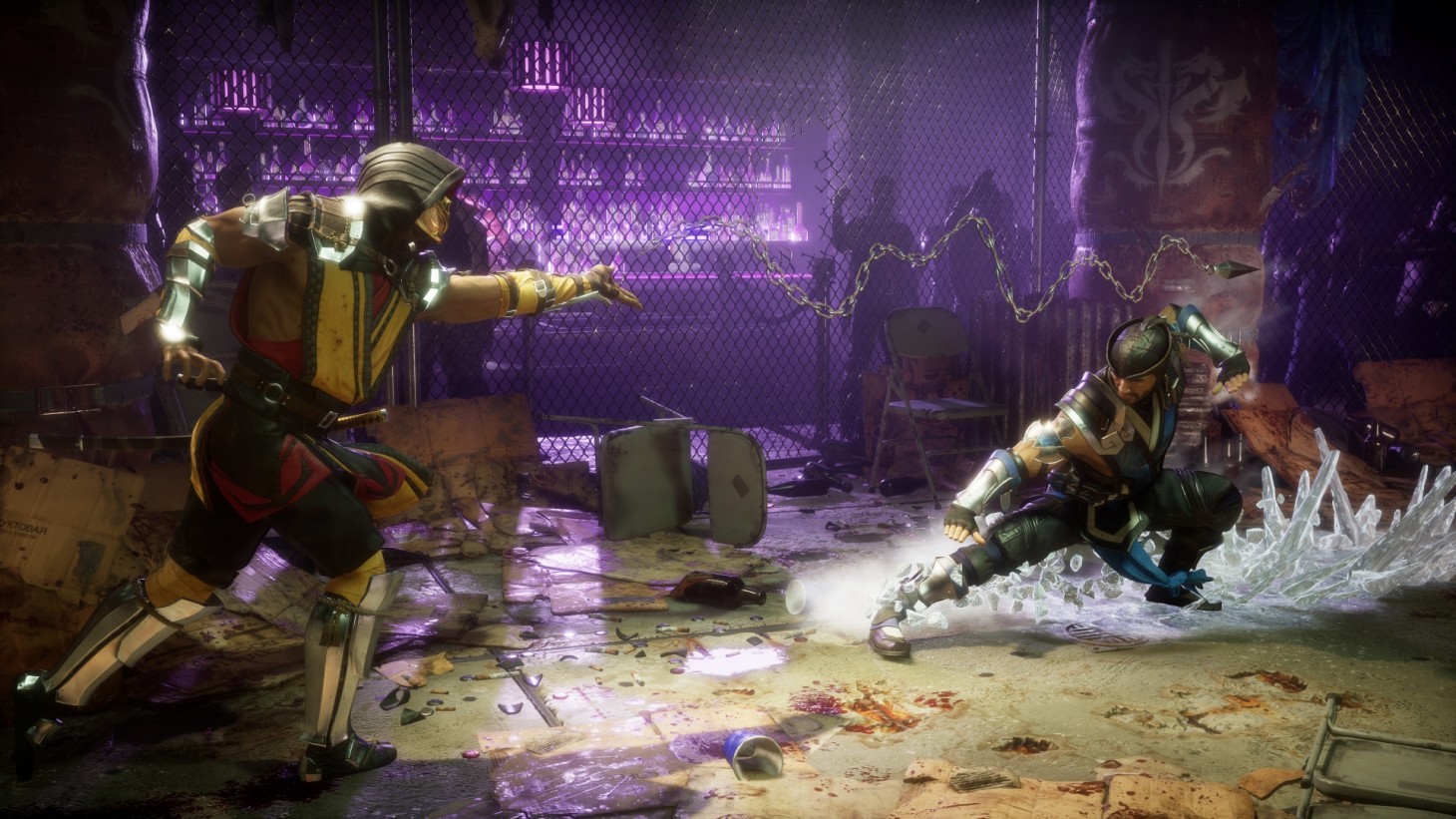 Today we got to see large chunk of Mortal Kombat 11, including a look at seven of its characters, as well as number of gameplay changes that are moving the game in a new direction based on both the community’s reaction to previous Netherrealm games and how the developer itself hopes to change the way players think about the series’ flashy, gore-filled fights.

I had the chance to chat with Netherrealm creative director Ed Boon about all the changes taking place. We talked about how variations will work for both the average and competitive players, Netherrealm's overall philosophy when it comes to iterating on an established franchise, and where 11’s focus is when it comes to its roster.

Game Informer: I’m a big fan of the custom variations in Mortal Kombat 11.  My concern about it was that with Injustice 2's gear, it was very customizable, but the competitive crowd didn’t take to it. 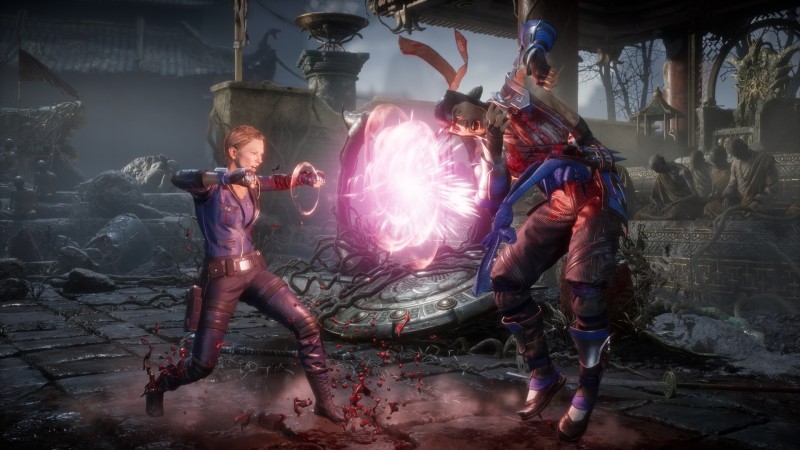 Do you want the competitive crowd to tinker around and create their own variations?

I don’t think it really works for the competitive thing, because the whole point is to be getting better and better. So you don’t want someone who’s like, “Oh, I’ve been working on building my character for six months,” and the guy who just bought the game yesterday, putting them together is not "regulation," so to speak. But online, when you’re playing people in our matchups, we take that into account. We do want players to say, “Hey, my Scorpion’s a little bit better now, let me go online and use them and continue level up.”

Yeah. The game will come with the “regulation” versions of the character, and you can add to one and build it. We’re kind of still thinking about whether we want to make those three fixed. We can let you copy and paste and then build from there, but I’m personally leaning towards having some base ones, certainly for competitive and tournaments.

Do you think that between those three variations, those will be a character’s entire moveset, or will there be custom-only moves?

No, I don’t think from the base three variations we’ll be adding to that. We want those things to be fixed, so players can know, "That’s the variation, I know how it plays, I’m learning how to fight against it.” 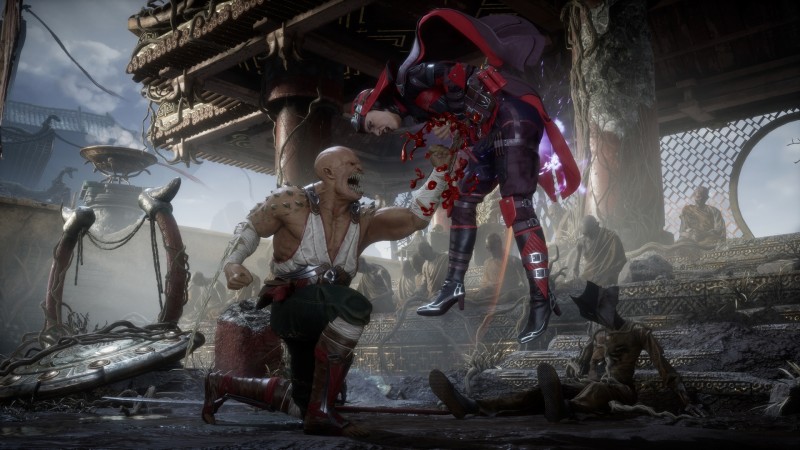 Across those three – that will be the character’s entire moveset?

Yeah. We don’t want to leave stuff out, so I imagine that’ll be the base three, and they’ll encompass all of what that character can possibly do.

Digging into some of the under-the-hood stuff, I noticed I wasn’t able to run, and there was no stamina meter.

What is the reasoning behind that?

The overall fighting is, we’re moving in, it’s a little tighter. It’s focused more on what they call “footsies,” jockeying, space control. Our arenas are smaller, and it’s a lot more about strategy than all-out aggression. In Mortal Kombat X, it was way more of like a rushdown, get in the guy’s face, run up to them, make them guess high or low. So we’re really holding back on that, and making it more strategic. It’s more intense, and, I don’t want to use to word intimate, but...

Is that something that you saw as the main direction you wanted to take the series? Was that feedback you got from the community? Where does that sort of shift come from?

Part of it was the community. A big part was just change. We don’t want to just release a game that just feels like a prettier-skinned version of the previous one. We really want to people to play it and go, “Wow, there’s a lot of things that are different.” What we did with the meters is totally different in MKX, the super moves, we’ve separated them. 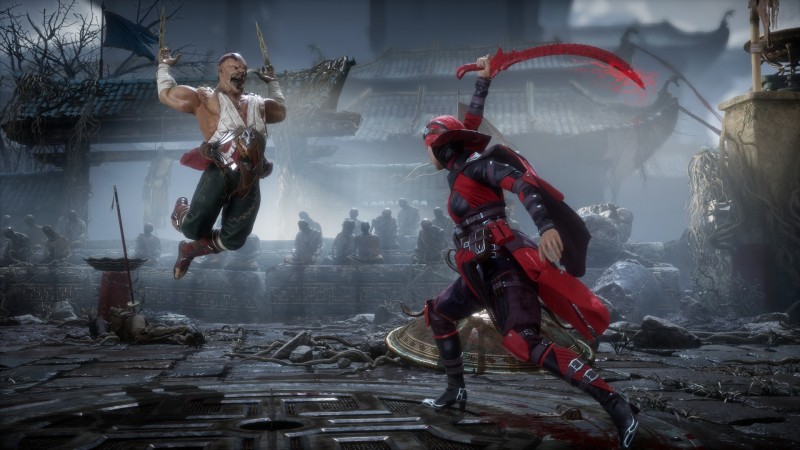 The X-Rays are basically the Death Blows now?

I like the change because it feels more like you don’t have to save your meter for other options. Everything has its own meter.

Exactly. And that was strategically something we did. Because if you’re a pro-level player, and you’re using the meter as like a resource, you’re like, “Oh, I’ve got to use the meter to do a pro move, now I’ve got to escape here.” You’re not going to save that up for a Fatal Blow or an X-Ray. So we separated them as three separate resources that you manage. It feels deeper to me, and the dynamic of the game just changes dramatically.

Can you walk me through those meters? There’s the pro moves, and the meter’s two bars – so what are your one and two-bar options?

It’s basically splitting up your enhanced moves into offensive moves and defensive moves. Offense moves are like, normally you shoot on spark as Baraka, his projectile. If I use one of the meters, I shoot out two. Basically making a more powerful version of that move. So you can use meter, but that’s a resource. And then the defensive ones, if you have me in a combo, you can roll out of it, escape. That’s another resource.

So it’s all management. Do I want to use this one that uses two chunks of the meter? It will be a great advantage but then I’d have to wait for it to fill up. And it’s all timed. The meters all fill up over time.

The other thing I noticed is the way you activate those enhanced moves is different. Before you did the regular motion with the block button, but now with Scorpion’s teleportation, you have to press up and front kick after you do it.

That’s still in flux. We’re in a bit of experimentation and such. Me personally? I want to keep them as simple as possible. I don’t want the barrier of entry to be being able to do something that’s really difficult. I’d like it, ideally, if they were all across the board simple. The barrier shouldn’t be, "do you have the dexterity to do this?" it should be "Can you think of the right thing at the right time?"

Can you talk about the philosophy behind changing that specific input?

Well, the designers, the guys who were steering in that direction, they wanted to do something that made sense visually, as to what you see on screen. But currently, it’s resulting a lot of different ways to enhance these moves. So if you pick up new character, you have to learn how to enhance different moves, as opposed to say, let’s do a universal thing, so when you pick up a character, everyone knows how to do everything. So we’re still kind of changing everything.

Are there going to be options like in Mortal Kombat X Scorpion’s spear, where he can use the double-spears with one meter, but then if he nails you with it, you can use another meter to whip it and set them on fire?

So in terms of roster selection, you saw the seven characters we have now, but there’s been a back and forth. In Mortal Kombat 9, it was all about the past history, it was rehashing the plot of one through three. In X it was moving toward a new direction, where you had a lot of new characters. Where do see that direction going with 11?

I think Mortal Kombat X probably introduced more brand-new characters. The D’Vorahs, and Ferra & Torrs, Cassie Cage and Jackie, probably more than Mortal Kombat 11. I think Mortal Kombat 11 will introduce some new characters, but we have 80 characters or something, there’s always this passion to seeing your favorite character returning, Skarlet or Baraka. Baraka’s a big one. People were pissed when Baraka wasn’t in MKX. So I think if we had like a needle, it’d lean a little bit more towards servicing those players who want to see their favorite return.

I’m going to say two words and you react however you want. Cassie Cage.