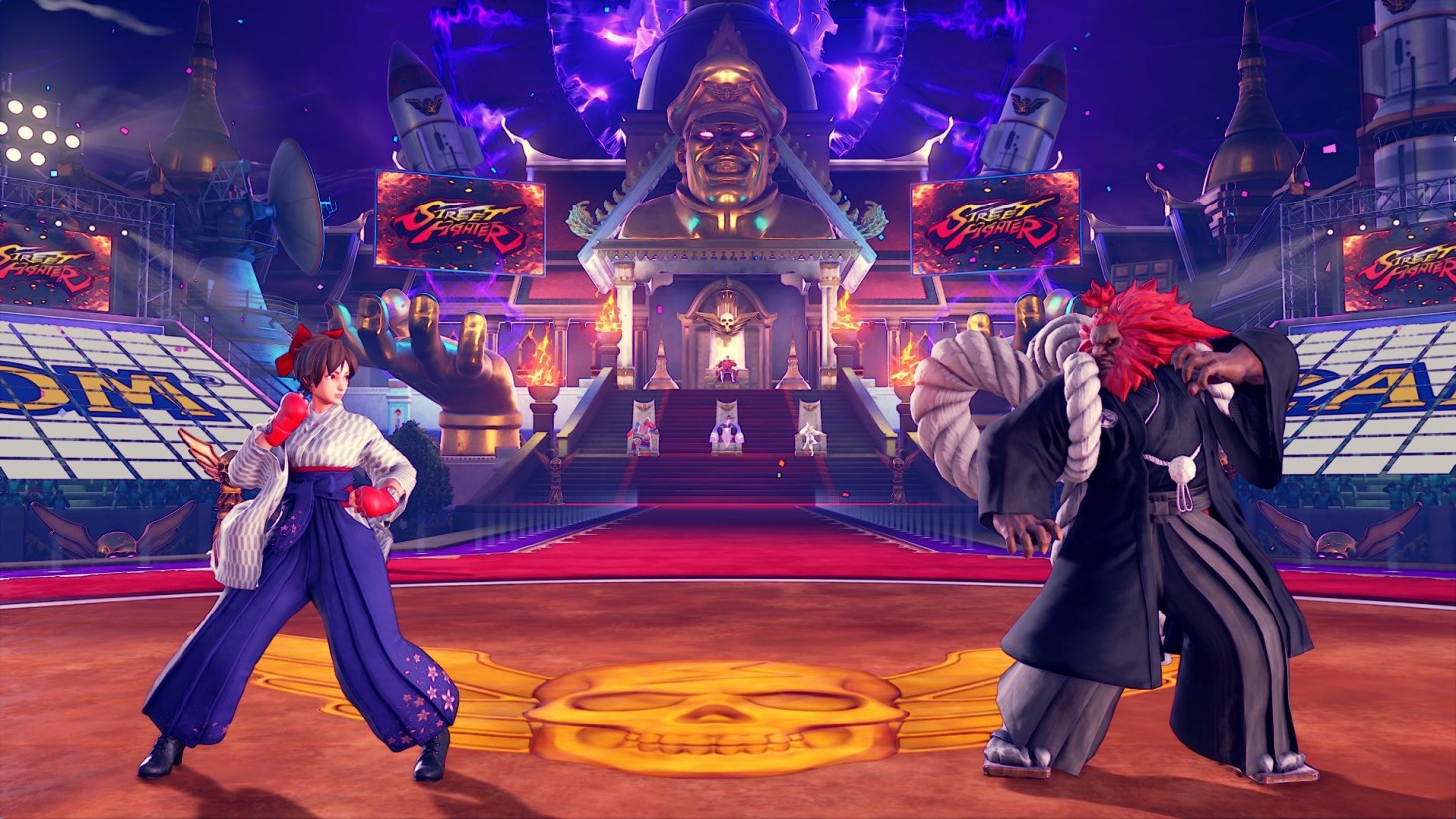 Throughout the year, Street Fighter V players have been competing at various tournaments as part of the Capcom Pro Tour for a place in the Capcom Cup, which pits 32 qualified players from around the world in one major bracket for the shot at a $250,000 prize. The event, which began in 2015, has quickly become one of the scene's premiere events, rivaled only by Evo.

This year marked a few changes for the tour, including tweaks into how players earned ranking points throughout the season (which saw mixed responses from players and fans), more exposure in new parts of the world including Brazil, where the lack of cash prizes due to regulations in the country caused a minor controversy (which Capcom declined to comment on), and a change in venue, as the event wasn't able to tie into Sony's PSX event this year.

With Capcom Cup kicking off tomorrow, we caught up with Capcom's esports social media manager, Michael Martin, to look at this year's tour in the rearview.

Looking back at this year’s tour, what has been the biggest surprise you’ve seen?
As with every year, the biggest surprise is in the players who step up and win big tournaments. This year, we get to see [Amjad "Angrybird" Alshalabi] represent the Middle East in Capcom Cup 2018 after winning the EU Regional Finals at EGX.

[Chris "CJ Truth" Jayson] played his way into Capcom Cup 2018 by winning the NA Regional Open Tournament, and he’s shown a ton of improvement for a young guy. We’ve seen a lot of young players win at the highest level in Street Fighter V: Arcade Edition each year, and that’s always the most pleasant surprise.

How does the team feel about the overall number of events in the CPT right now? Is it looking to add more events or consolidate?
This is always a balance, and like with past years we’ve made changes in an effort to make CPT competitive and exciting throughout the season.

What’s the process of certifying an event for the CPT like? What should a tournament organizer looking to be a part of the CPT do?
While we can’t discuss exact details, we do evaluate proposals from tournament organizers to see if they’re a good fit for CPT and its structure. We want to make sure each event in CPT holistically creates a competitive and well-balanced season. 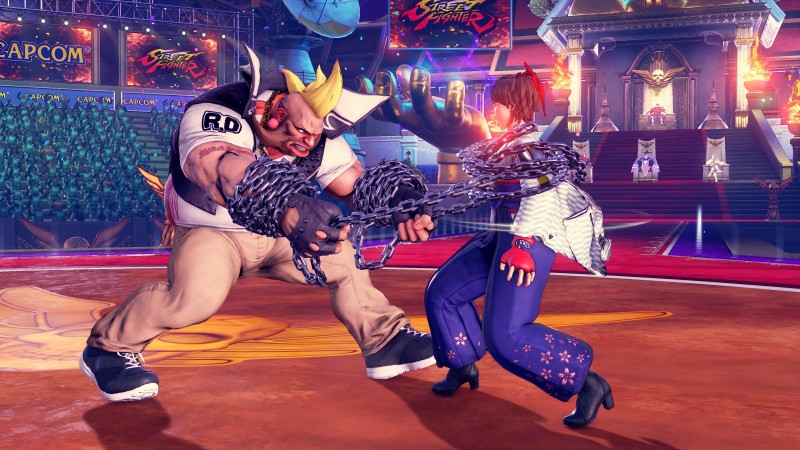 How does the team feel about how this year's changes to the ranking and premier system have worked out overall?
The changes were intended to ensure the CPT season remained highly competitive, especially towards the end of the year. There is no doubt competitors had something big to play for right up until the end of the year, with players qualifying for Capcom Cup 2018 up until the last events of the season.

However, we have received plenty of feedback from players regarding the CPT format and take that feedback seriously when evaluating future events.

One complaint some levied against the changes to the tour is that more heavily-favored sponsored players and those who could travel out to multiple events across regions, and disincentivized local players who attended multiple events in their own region but did not win a premier. Does the team feel this is an issue?
Professional players are going to travel, especially with the stakes so high and the bar for competition raising year after year. There are always going to be new or improved players waiting for their shot. We want all players to feel like they can get to events and compete.

Speaking to regions, this is a large reason we have the Regional Leaderboard that culminates in the Regional Finals events. It offers players a chance who may not have the ability to travel to Premier Events.

There is always room for improvements and with everything else on the CPT, we always look at how we can make adjustments and improve.

Beyond the online ranking events (which let players who might otherwise not be able to travel out to events), is Capcom looking into any ways of fostering new competitive talent?
We’re always looking at ways to nurture new competitors in Capcom esports, and it’s exciting to see a new generation of up and coming players join the tournaments. The CPT is our primary focus right now in competitive sports, but I think it would be cool to grow our presence in the competitive scene to draw more players into Street Fighter.

The recent Red Bull Battlegrounds for Street Fighter event had a regional and team-based format, which was interesting to see. Would Capcom be interested in opening up the format for the event in the future, or have other kinds of events with a different structure?
Capcom esports partners with various organizations to host unique tournaments and leagues. Gfinity and Red Bull have done well with creating teams-based tournaments. We’ve had high-profile invitationals like ELEAGUE and Red Bull Kumite.

We’re always excited about the types of events each organization hosts in its respective region. However, we believe the CPT’s format is ideal for a professional Street Fighter V: Arcade Edition singles league. 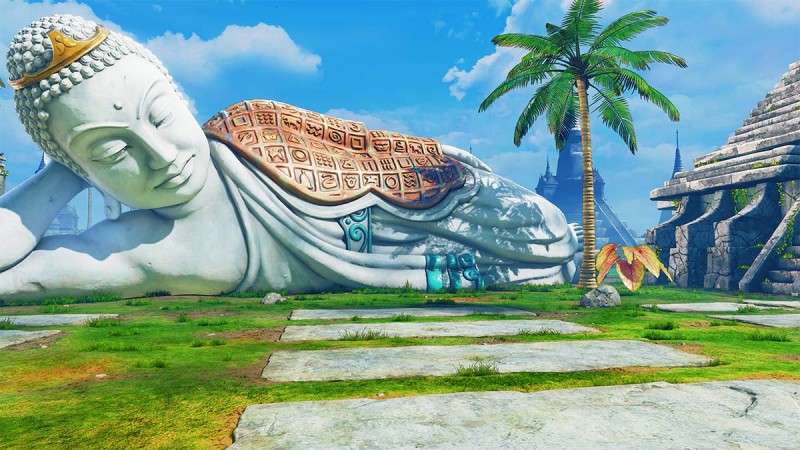 Capcom Cup changed its location and venue this year, going from PSX in Anaheim to the Esports Arena in Las Vegas. How did the team choose the new location for the event?
One big change from last year’s Capcom Cup is the event is not happening in conjunction with Sony’s PlayStation Experience. This gave us an exciting opportunity to evaluate different venues we might not have considered before. Las Vegas was a great option, being a city that hosts many iconic sports competitions. Ultimately, we felt the HyperX Esports Arena at Luxor was a good fit for Capcom Cup 2018.

Considering the change in venue, what can spectators and attendees expect will be different this year?
We’re excited to have the Capcom Cup 2018 Last Chance Qualifier returning for a second year. Of course, the spotlight is on the CPT 2018 season finale, featuring 32 of the best Street Fighter V: Arcade Edition players in the world as they duke it out in incredibly skilled and exciting matches for the top champion honors.

This year there’s again a last-chance qualifier tournament the day before leading up to Capcom Cup. Can you speak a little more to why this spot was added?
The LCQ was implemented into Capcom Cup in 2017 which proved to be a successful and highly competitive lead into the main tournament. So, we absolutely felt we had to bring it back for Capcom Cup 2018. We’re excited to see who survives the gauntlet for that final qualifying Capcom Cup spot, because if you recall, Nemo won the LCQ in 2017 and took third at Capcom Cup 2017. He even said it was ‘easier’ to come play and win the Capcom Cup 2017 LCQ than qualifying through the Global Leaderboard. It was a risky tactic, but one that happened to work out well for him!

Is Capcom open to changing the region/location of the Capcom Cup in the future?
We’ll always be looking into all the best options for where to host Capcom Cup year after year, especially as more and more esports-focused venues become available. We haven’t made any decisions for 2019 just yet, so stay tuned.

Now that the season is mostly over, what does Capcom see as the piece of feedback it most wants to address? What are you most looking forward to about the CPT going forward?
As with every year, we want to see the best competition possible on the Capcom Pro Tour. We’ve received a great deal of feedback from players this year and we want to thank each and every one of you for sharing your thoughts with us.

We made changes to the 2018 season, notably to the points distribution, in an effort to keep the competition exciting to the very end of the season. However, based on community feedback and how this season played out, we’d like to look at the points system again and see where we can improve.

One of the greatest things about fighting games is how the players and competition evolve over the years. Street Fighter V: Arcade Edition competition is incredibly fierce and we’re excited to see how players new and old will adapt and grow in and out of the game in 2019.