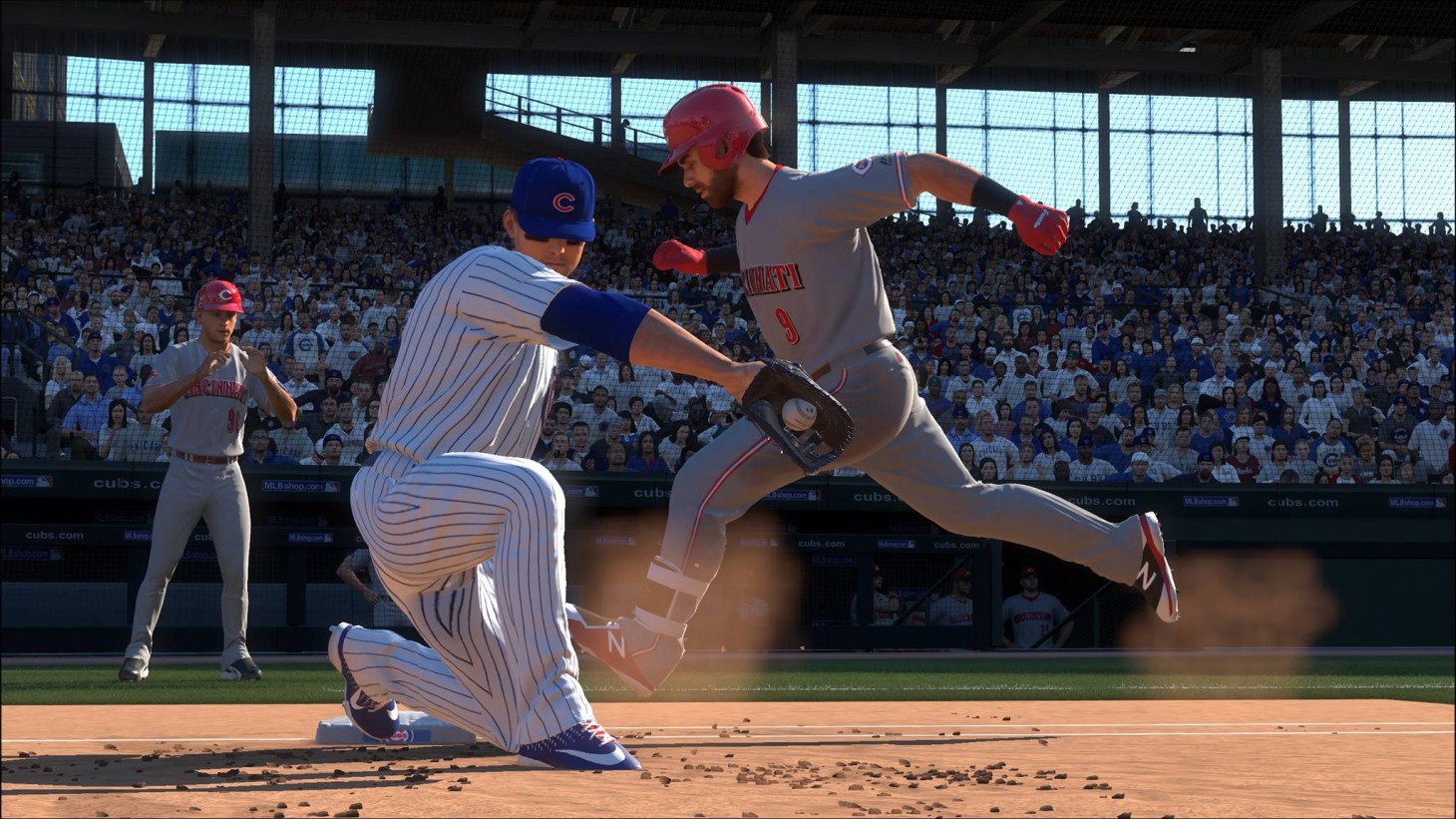 Where's Our MLB The Show 19 Review?

Before we can release a review of MLB The Show 19, we still need to dedicate more time to various aspects of the game, including online play. Coming off of a year filled with server issues, frustrating card collecting, and modes being removed, Sony has a lot to prove. Over the last four days, I dedicated roughly 25 hours to MLB The Show 19, and can say Sony is swinging for the fences both with new avenues of play and significant tweaks to existing modes. I'm pleased with what I've experienced.

The new March to October mode lives up to its name in delivering one quick season of baseball. Most of the games are simulated, and you are only asked to play for key turning points in the season both for the team and individual players. Each time you are asked to play, you enter into a key situation like "don't get walked off," or "deliver a series sweep." If you succeed, your team will catch fire. If you achieve extraordinary feats in that game, your team will gain bonuses that help them along in the next cycle of simulated games. The player-specific moments gives them bumps for the entire season, and basically play out like Road to the Show games where you simulate to their next plate, pitching, or fielding moment. This mode is breezy and fun and appears to be the best avenue for people who always want to play out a season, but ultimately fall off of the game given just how long it takes to get through 162 games.

I also started Road to the Show, which boasts a number of changes that include relationships, personalities, training minigames, and several new on-field challenges. I like that Sony put a big focus on this mode, as it has always been the series' most interesting offline avenue of play. I still haven't vested enough time to say if the changes work or not, but can say that the new challenges are awesome, and push you to perform at your highest level to gain valuable experience.

I have not tried out any of the online modes yet. Coming off of last year's game, Sony needs to prove its online suite is both functional and fair. Last year's game was neither. Diamond Dynasty's card collecting was a disaster, and I lost a lot of progress due to server issues. Here's hoping this year's product fairs better in this area, but I won't be able to share my findings until I vest significant time online. That means my review is probably a week away.

I will be sharing thoughts on Twitter as I have them, and will answer your questions there when I have a break in the action.