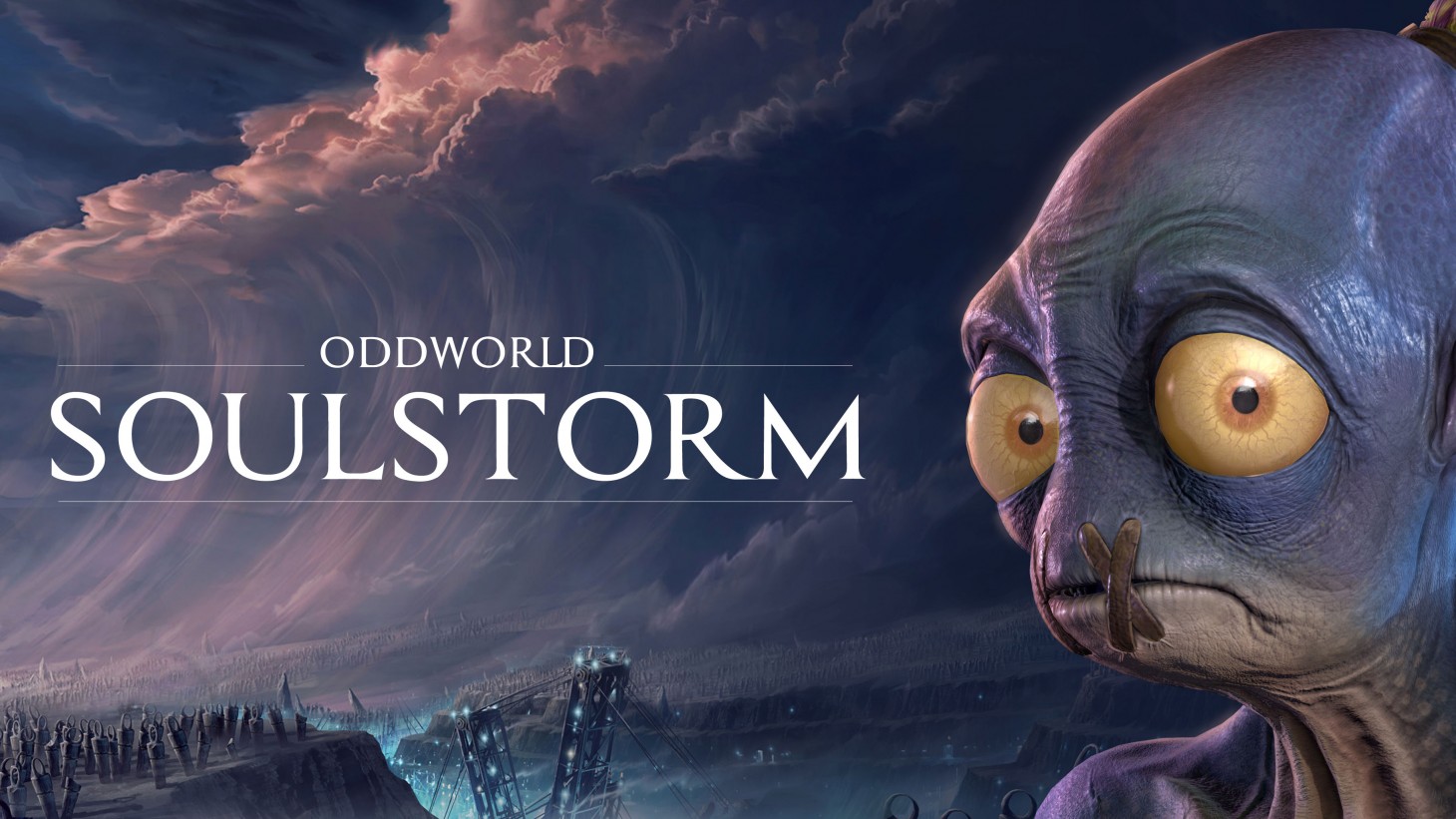 A brand new entry in the long-running Oddworld series, Soulstorm is an ambitious game in its own right. But the story of how it came to be, and how it fits into Oddworld's 20-year-plus continuity, is just as compelling.

Lorne Lanning and Sherry McKenna founded Oddworld Inhabitants back in 1994, with the goal of melding a new generation of gameplay with Hollywood moviemaking flair. The company’s first release, Abe’s Oddysee, presented an unlikely hero confronting a seemingly impossible life of slavery and degradation. Originally planned as a quintology that would tell one massive story about Abe’s unlikely journey, the vagaries of game development, time constraints, and publisher demands took the Oddworld games down a far different route. Several of the subsequent games further fleshed out an already intriguing fiction, but they also moved away from the series' original vision.

In 2014, Oddworld New ‘n’ Tasty revitalized the original Abe’s Oddysee with modern graphics and gameplay, but hewed closely to the original design and script, setting a new starting point for the storytelling. But that’s where the familiarity ends; subsequent games in the series are planned to represent the original vision for the quintology through new installments, and an increasingly interwoven fiction about Abe’s rise to confront tyranny. The first game representing that new path forward is Soulstorm.

I saw an extensive demo of the project in action, and it’s fascinating to observe the ways it uses the launchpad of Oddysee to take Abe in new directions. Coining the perspective “2.9D,” Soulstorm sees its characters running and jumping along 2D planes in 3D environments. The planes rotate and turn as you run along them, and other 2D planes are visible in the background and foreground. Binocular emplacements allow you to look across the way to guard stations and workers that need rescuing, and plan your route to reach them. Other sections see you on a moving platform being hauled into the background, and you must dodge enemy projectiles as you pass each enemy station. The effect is that of a 2D action/platformer, but with depth and action unfolding in the locations viewable in the distance.

Soulstorm focuses on replayability through a wallet economy, crafting, and the return of the quarma system. You must gather moolah to purchase new crafting materials to make everything from a rubber-band bouncing ball to a flamethrower. Completing good deeds awards ch’i charms, which let you gain consumable powers to aid in your efforts to save the poor Mudokon workers, like temporary bullet shields or antidotes to heal the sick. A global quarma system tracks how many Mudokons you save or allow to be killed, as well as how many enemy Sligs you take out in the process. Kill a bad guy to save yourself, and you lose some quarma, but cruelly kill a helpless and bound enemy, and the hit to your quarma is much bigger.

Every level has a leaderboard, along with a global leaderboard for the whole game. In addition to quarma, players unlock badges for a variety of other tasks in each level, including finding secret areas, unlocking lockers (often from pickpocketing Slig guards), and burning flammable objects along the way. The goal is to create an experience that speedy players could complete in 12 to 15 hours, but that dedicated enthusiasts and leaderboard chasers could invest 100 hours to master each location.

Through it all, you’re following a cinematic story about Abe’s strange rise to Messianic status among his people, as more and more followers are willing to run along behind him into the mortal danger of machine gun fire, speeding trains, and unsafe industrial machinery. More followers give Abe increased mystical ability for possessing others, which in turn opens up new avenues for exploration. The number of followers can eventually balloon to as many as 300 on screen at once, communicating that this is much more than a solitary journey for Abe; this is about the survival of his species.

It’s thrilling to see this new and alternate path forward for the Oddworld fiction finally taking shape after all these years. I’ve yet to play or get a feel for the platforming and action in what appeared to be some especially frenetic scenes of escape, but I’m excited we finally have a new adventure for one of my favorite video game heroes.

Oddworld: Soulstorm is headed toward release on unannounced consoles and PC sometime in 2020. Check out the new trailer below. 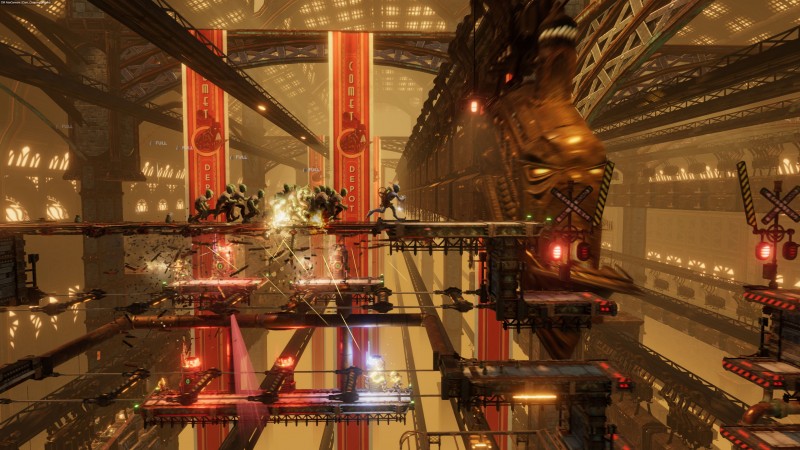 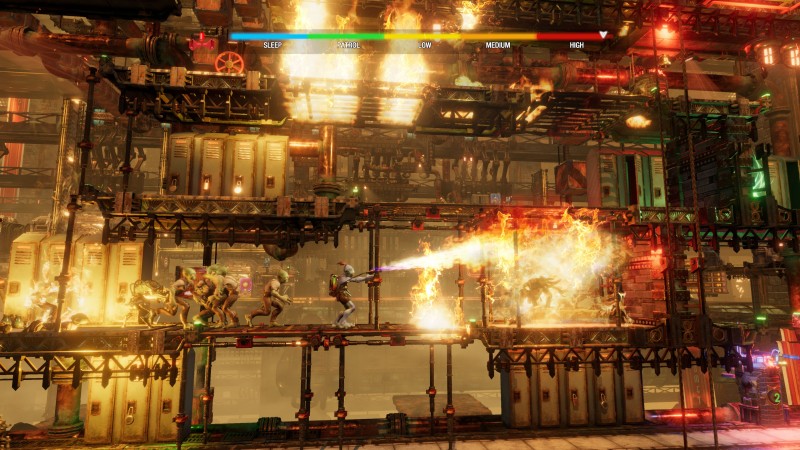 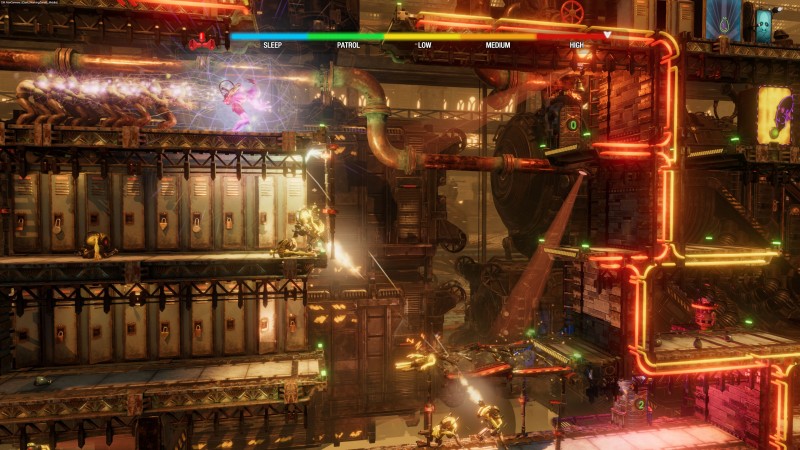 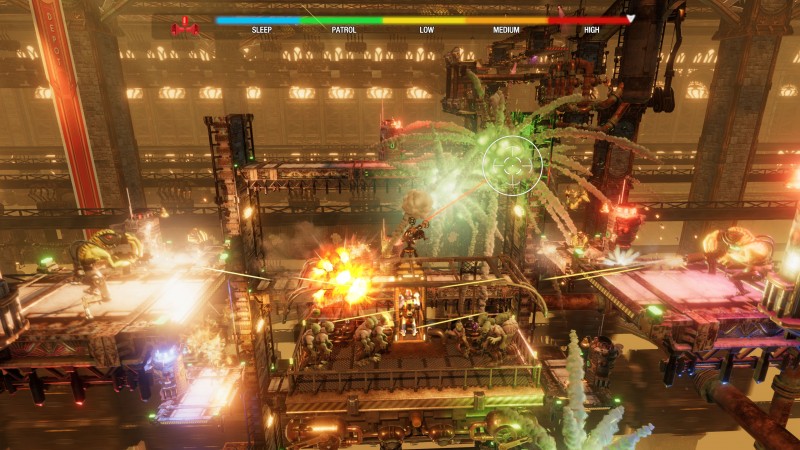