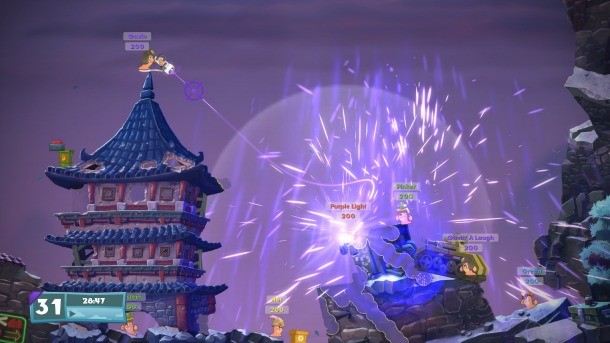 Team17 has announced a release date for strategy title Worms WMD, and if you pre-order the title you'll get the All-Stars pack featuring a bevy of masks and weapons from a wide variety of franchises in video games. Xbox One and PC pre-orders also include exclusive content.

The venerable strategy title (out August 23 on PC, PlayStation 4, and Xbox One) isn't just popping in skins for these franchises – they've come up with a lot of series-specific weapons to suit the game as well.