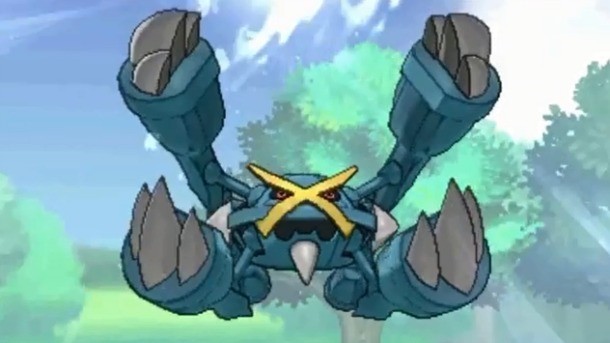 The Pokémon Company and Nintendo have released a new trailer today for the upcoming Omega and Alpha remakes of Pokémon Ruby and Sapphire. The trailer is accompanied by a pack of screens showcasing the game's updated visuals.

One of the biggest new bits of information is the Mega Evolution for Metagross. As with other Mega Evolutions, Metagross gains a new attack and increased stats. See Mega Metagross in action in the trailer below.

The trailer also depicts some of the gym leaders you will be facing as well as some cute Pikachu cosplays you can see in-game. In addition, you will be able to create a secret base which allows other players to come visit and fight in. The feature essentially lets you create your own gym complete with traps and mazes.

While not in the trailer, more information for Mega Diancie was also announced. When Mega, Diancie will receive boosts to Speed, Attack, Special Attack while taking a reduction in Defense and Special Defense.

You will be able to re-experience Hoenn with all these new features and more when Omega Ruby and Alpha Sapphire release on November 21.