Dragon Quest Builders 2 Gets An Epilogue In A New Update 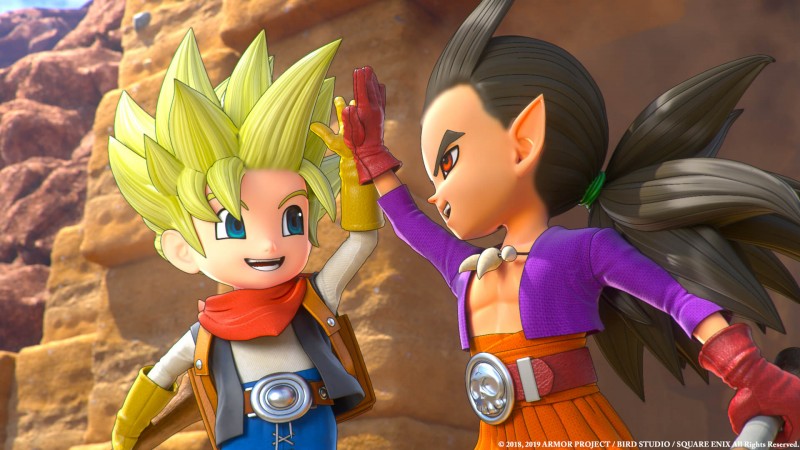 Dragon Quest Builders 2 is a sequel to a game that in itself was inspired, perhaps blatantly, by a worldwide phenomenon in Minecraft. While the first game was well-liked, the second really took on a much wider and more favorable critical reception, with even some of our own editors becoming addicted to the game. That has translated into some sales success for the game and Square Enix is thanking fans with an update.

A new update coming to the game provides new hairstyles, as the protagonist only has one for character creation. Unfortunately, these hairstyles are basically just hats, so you can't stack anything else on top of them. Additionally, the game will be getting support for multiple save files, which it lacked before. Multiple buildertopias will be supported and you can change the weather on the Isle of Awakening. These updates solve some complaints players had before.

Most excitingly, however, is that an epilogue is being added for players who finished the game. You'll need at least 45 builder recipes, have completed all the scavenger hunts on the Explorer's Shores, and visited one buildertopia. After which, you'll receive an in-game letter pointing you toward new content.

In addition, Square Enix has noted that the game has shipped 1.1 million copies worldwide. With digital sales, it is difficult to say what the ratio of shipped and sold actually breaks down to here, but it does seem to imply that the game is doing a lot better than its predecessor. Maybe that's because people saw us building haunted houses in the game?