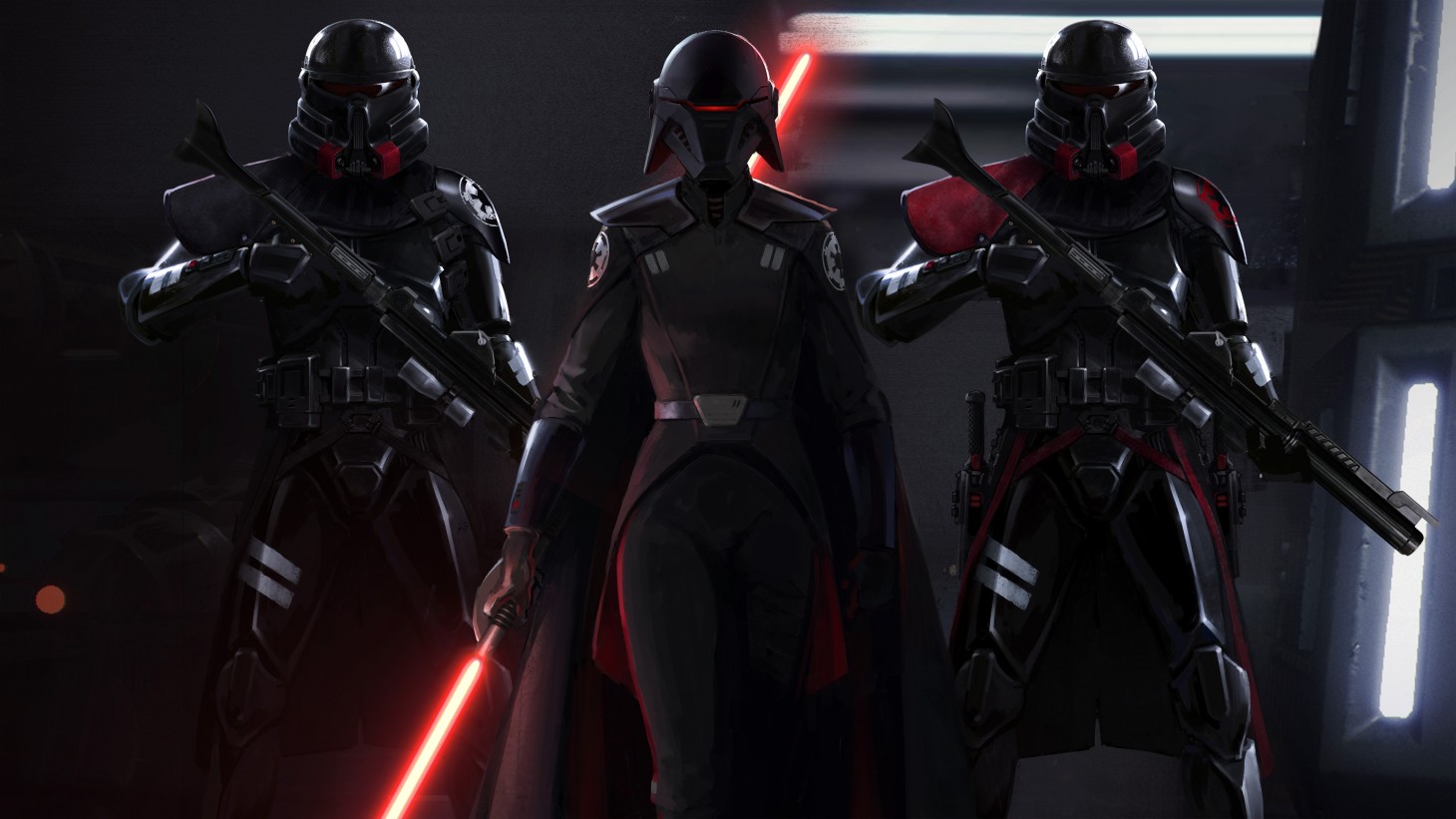 In late May, a small group of Game Informer editors traveled to Respawn Entertainment’s Los Angeles studio to play Star Wars Jedi: Fallen Order. The single-player (and microtransaction-free) adventure follows Jedi-in-training Cal Kestis, who is on the run after the Jedi have been wiped out by Order 66 during the events of Revenge of the Sith. We spent two days talking to the development team about the game’s design and inspirations, as well as the process of creating a new story within Lucasfilm’s universe.

Jedi: Fallen Order makes a hell of a first impression in a big, bombastic Star Wars way, but isn’t the game we were expecting it to be. We can’t go into gameplay specifics today, but we can say Respawn’s approach to lightsaber combat isn’t about combos and acrobatics. It focuses instead on… well… you’ll find out tomorrow. Two beloved gaming franchises were repeatedly mentioned during our trip as inspiration points for Jedi: Fallen Order, and together they create the framework of an experience that sings in a unique way. 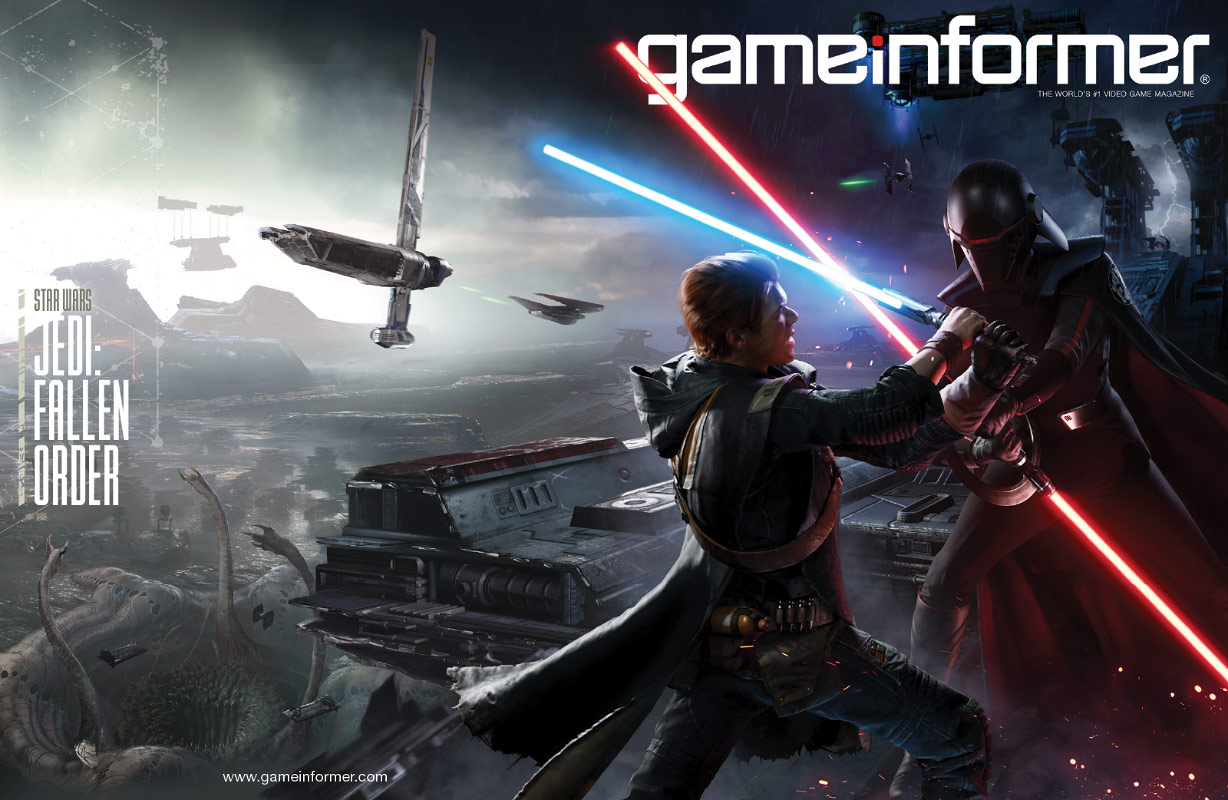 You’ll get the chance to see Jedi: Fallen Order in action at 9:30 a.m. PT tomorrow during the EA Play livestream. After the game is shown, we are releasing the entire July cover story online at 10:00 a.m. PT. This massive article – which spans 14 pages in the print edition – delivers exclusive details, screenshots, and concept art – all of which can be viewed free of charge right here on gameinformer.com.

Print subscribers can expect their issues to begin arriving in the coming weeks. The digital edition of this issue launches on Tuesday for PC/Mac, iOS, and Google Play. You can also get the latest issue through third-party apps on Nook and Kindle later this week. To switch your print subscription to digital, click here, or to create a new subscription to the digital edition, click here.

Click on the banner below to reach our hub for Jedi: Fallen Order. We’ll be adding new content throughout the month to more fully explore what Respawn’s Star Wars game has to offer.