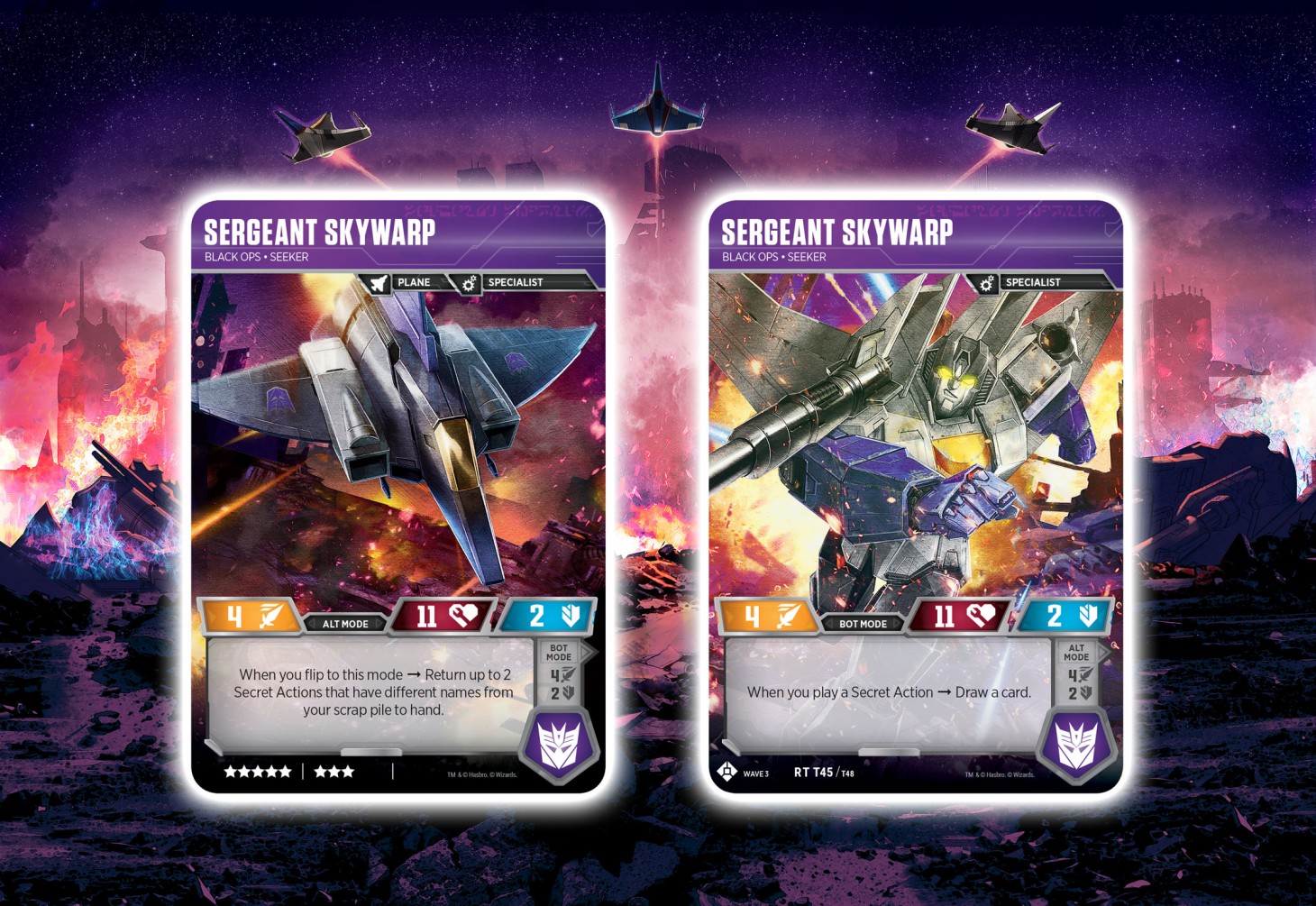 War for Cybertron Siege for the Transformers TCG hits later next month, and we've got an exclusive preview of one of the new cards to share, featuring some new mechanics. Similar to traps or hidden abilities in other card games, "secret actions" allow you to flip and surprise your opponent with a variety of effects. Let's check out Sergeant Skywarp! 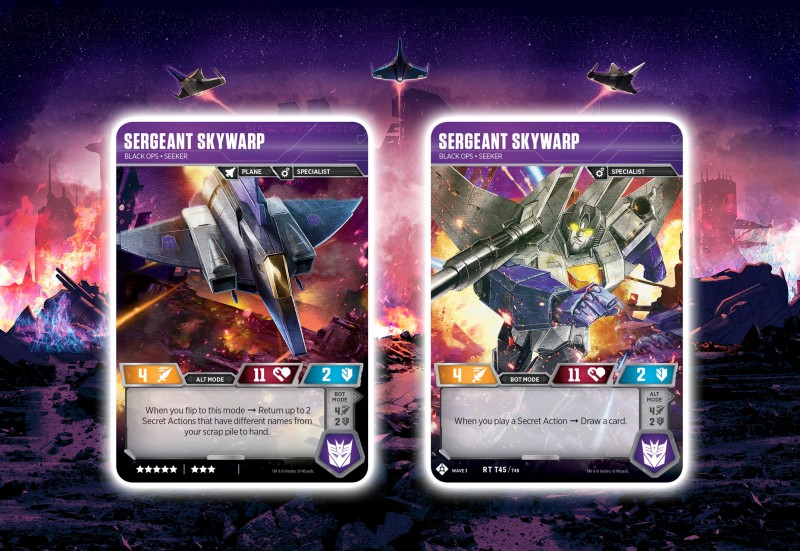 Transformers Trading Card Game lead designer Ken Nagle gives us some tips on getting the most out of secret actions and the new card below:

The best battle cards to use with Sergeant Skywarp are ways to trigger his card draw ability and retrieval ability via Secret Actions: