The 28th playable hero in Battleborn, Ernest, is ready to take the fight to the Varelsi. With a variety of explosives at his disposal, he’s a tough bird.

Ernest’s main weapon is a grenade launcher that deals area damage on either impact or a delay. The rest of his abilities are appropriate egg-themed.

The power egg buffs teammates, while his explosive charge looks like a spiky egg on a stick. His ultimate disperses mines from (you guessed it) an egg.

Also announced today is the 29th Battleborn character. Kid Ultra is a robot programmed to support teammates with buffing and healing, while blasting enemies.

With a name like “Kid Ultra” and that design, we can’t help but think he’s a nod to Capcom’s Mega Man. Let’s hope he fares better than Mighty No. 9.

Ernest is available now for season pass holders and everyone else on September 1. Kid Ultra will be out in the next couple of months.

For more on Battleborn, check out our review. 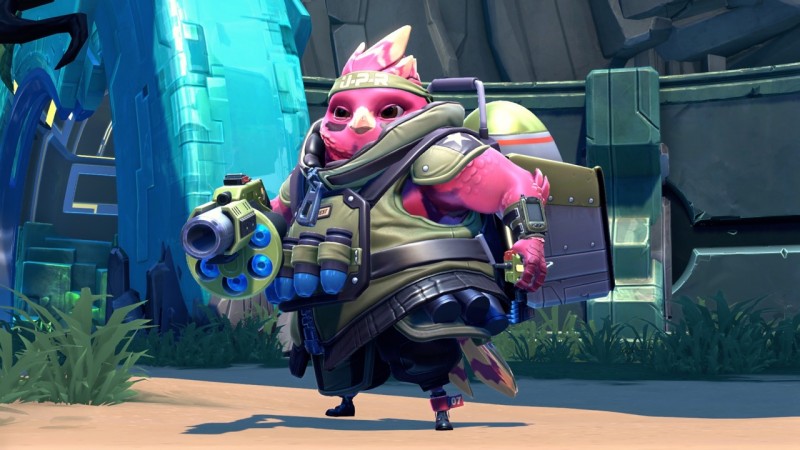 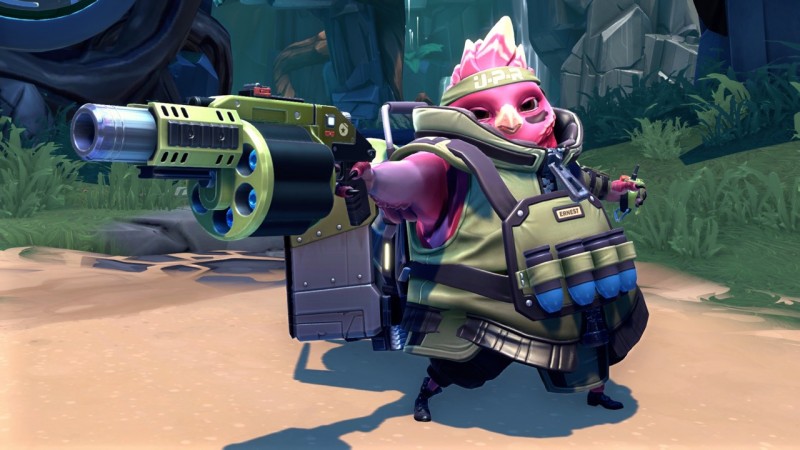 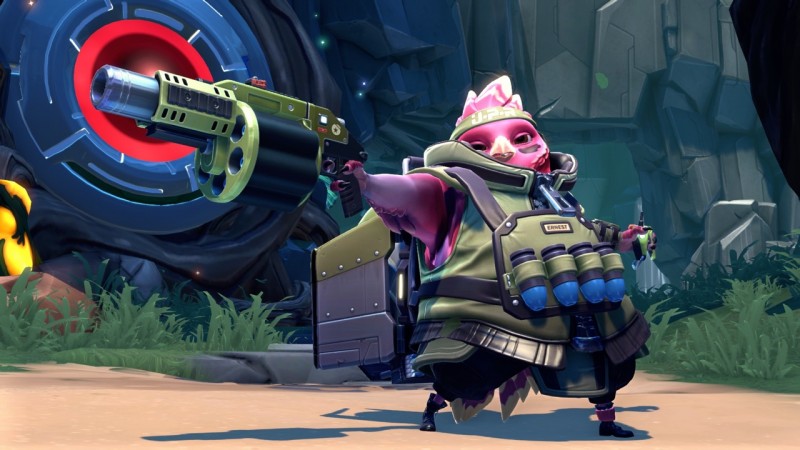 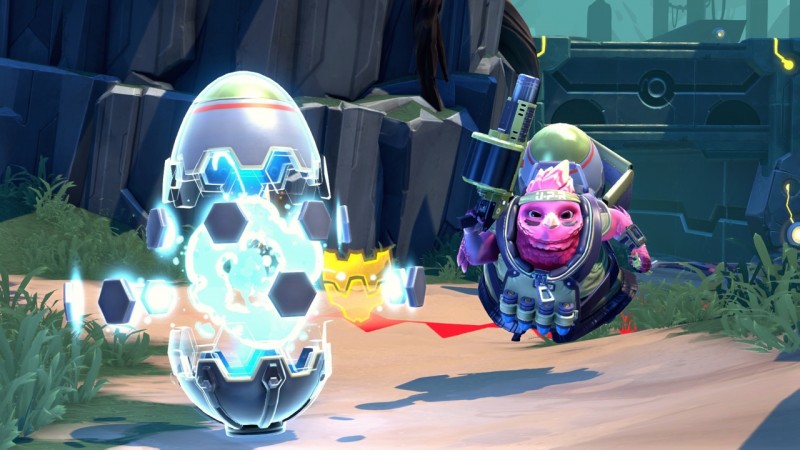 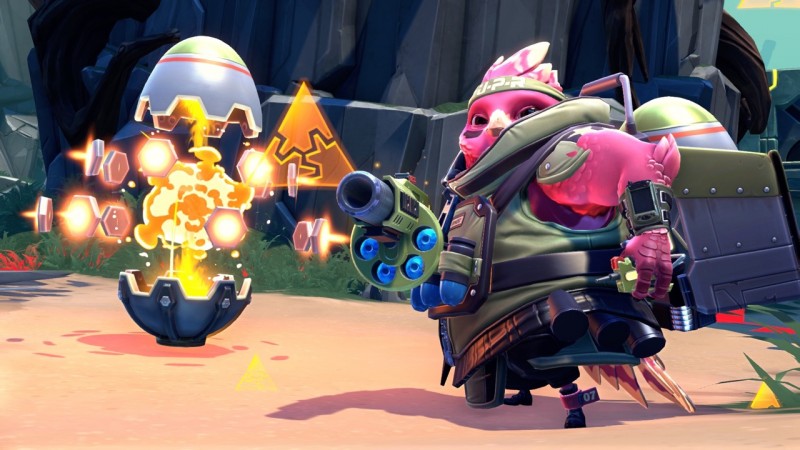 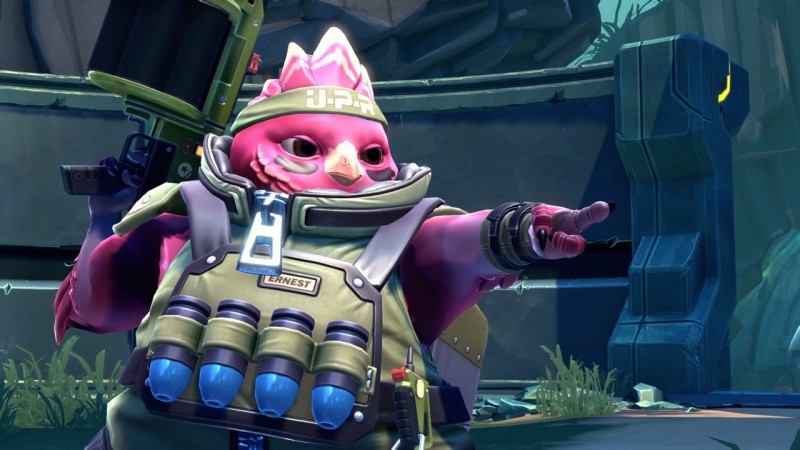 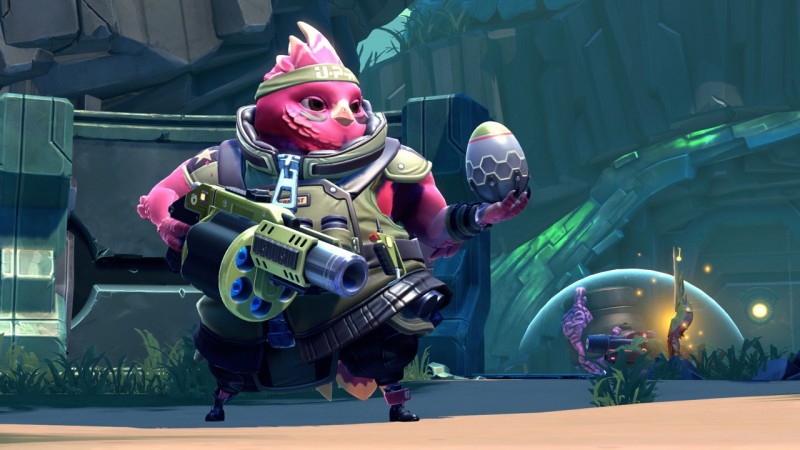 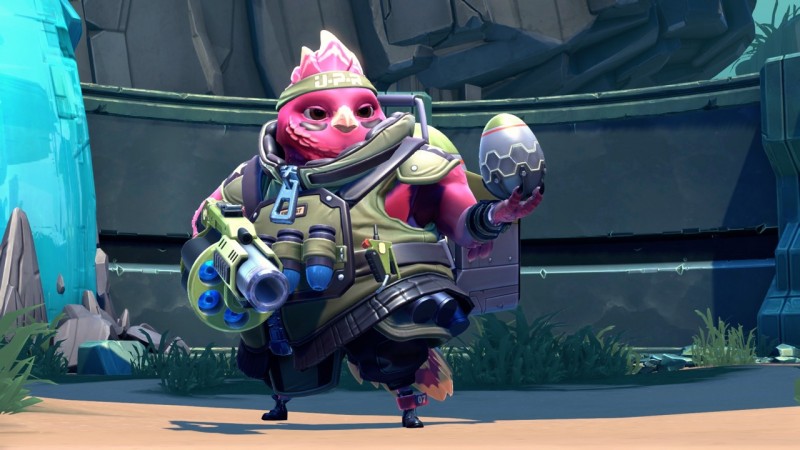 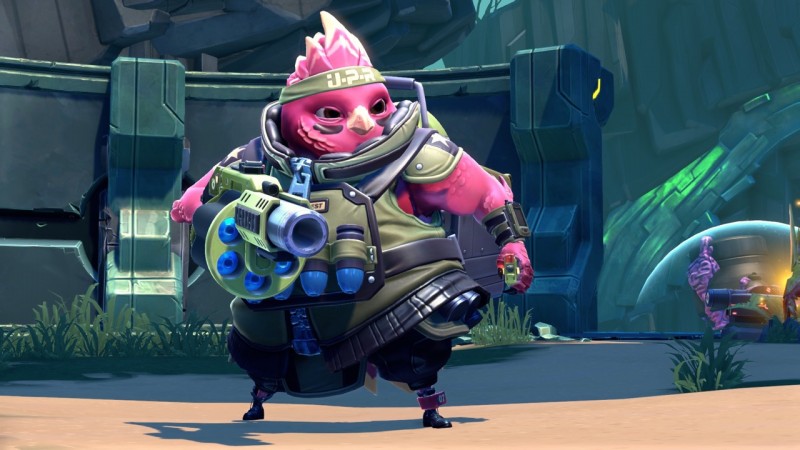 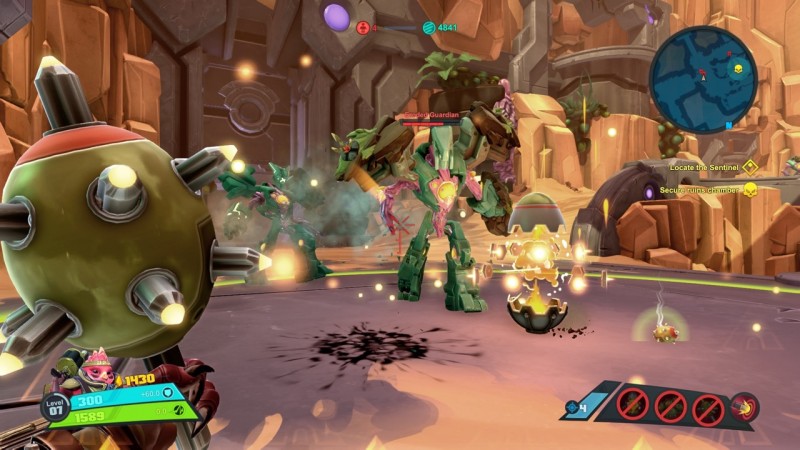 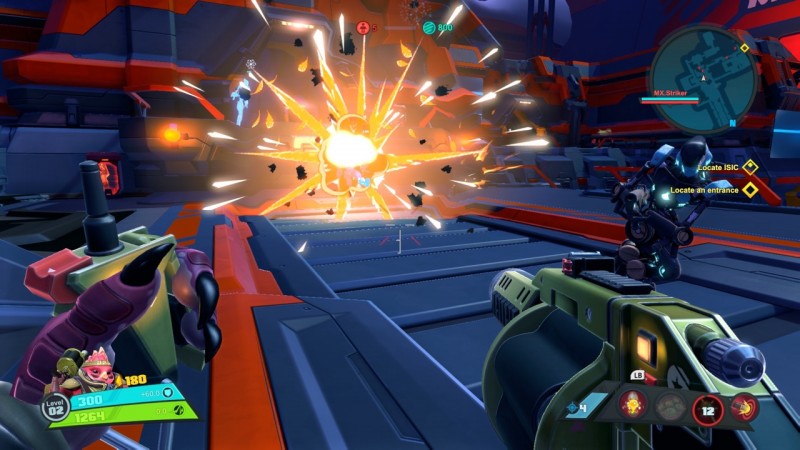 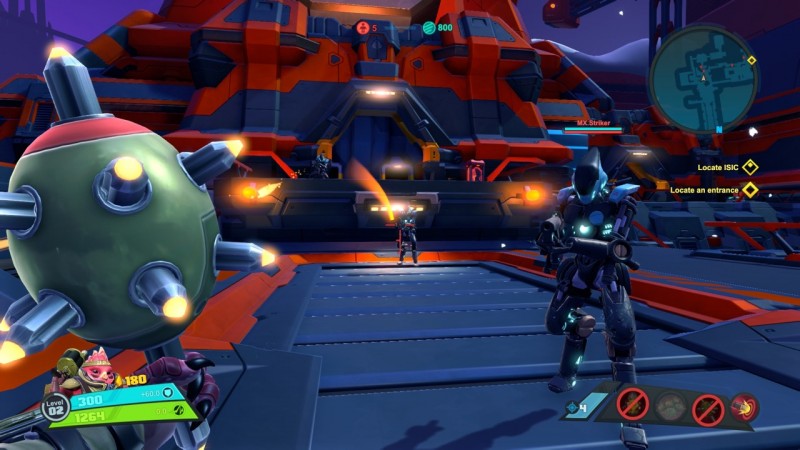 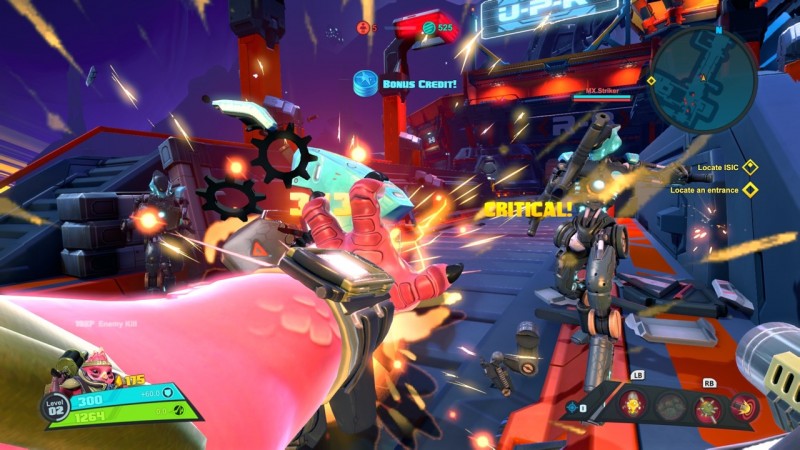 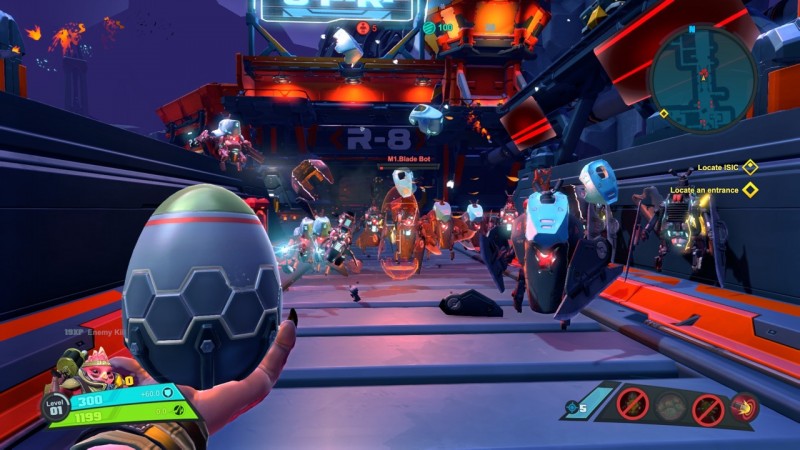