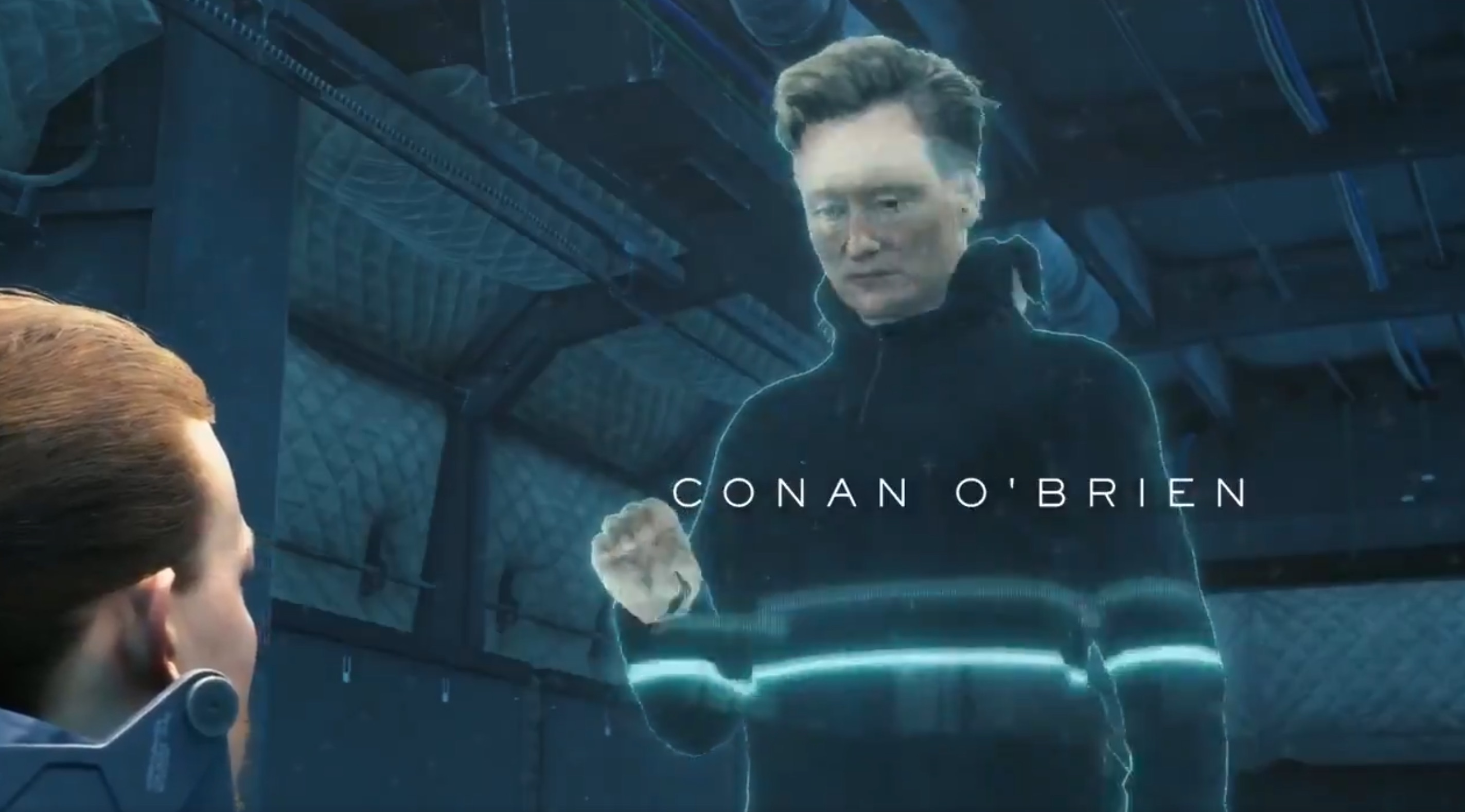 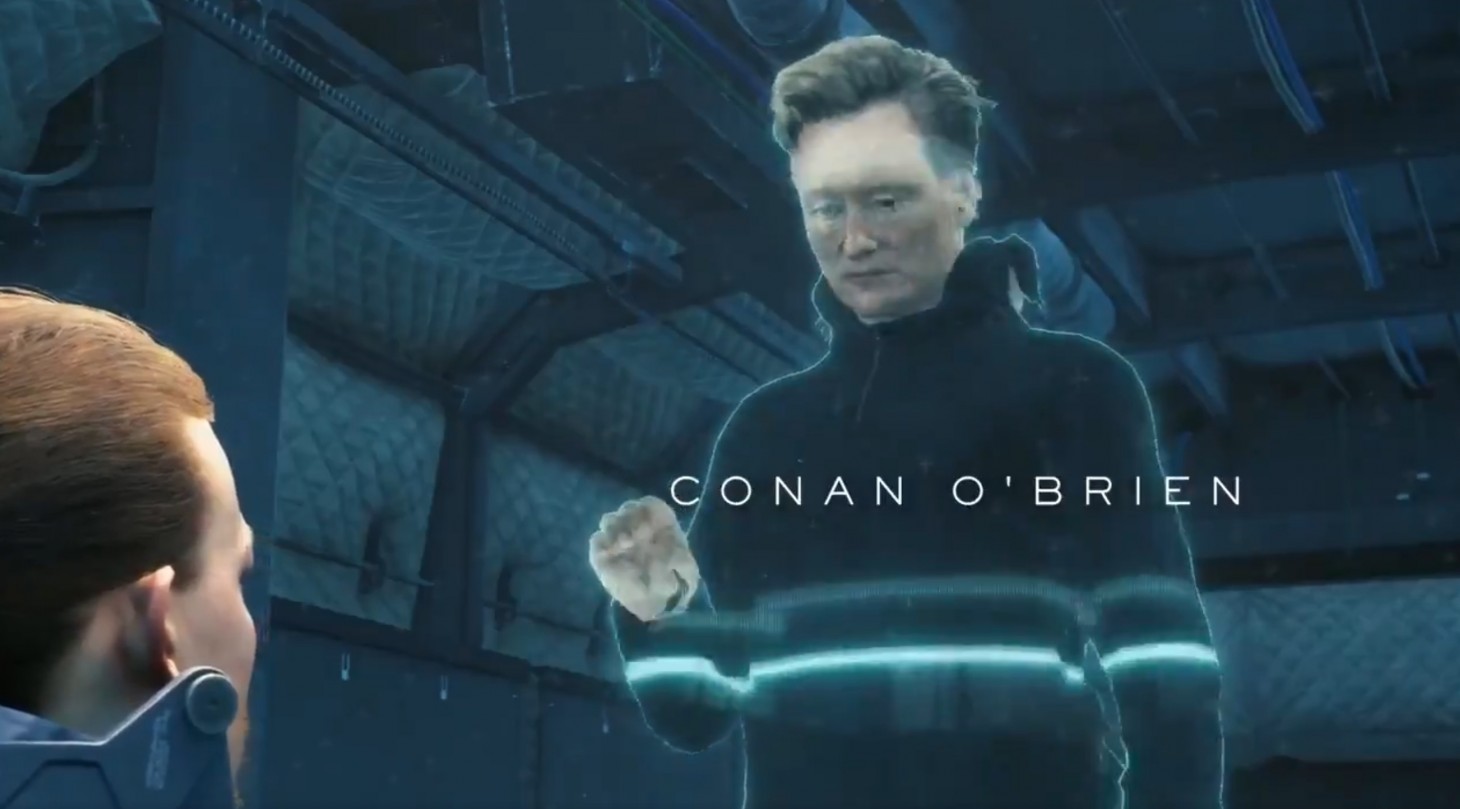 "What the hell is going on?" Thoughts like this creep into my mind whenever I watch new Death Stranding trailers and gameplay videos. Don't take that as a bad thing, per se. Hideo Kojima delivering wild ideas is nothing new, and he usually knocks them out of the park. That said, I am worried about playing the role of a science-fiction Fed Ex delivery person. We'll have to see how that idea plays out.

The latest head-scratching Death Stranding content comes from Kojima's Twitter feed, where he debuts a new character named The Wandering MC, who just happens to be played by famed talk show host Conan O'Brien. After a brief conversation with O'Brien, Sam is gifted an otter hat that allows him to swim like an otter. Check out the video below to see this madness for yourself, and let us know your thoughts on Death Stranding, which releases on PlayStation 4 on November 8.

Conan O'Brien appears as a prepper “The Wondering MC” in DS. You get “Sea Otter Suit” when you get connected with him. With this suit, you’ll be able to swim easily in the river, you won’t be drifted away! BB would be happy as well. 👍🌈🦀☔️🐟🐋🐬💀👶✋🤩😍 pic.twitter.com/nIsw5JS5t0