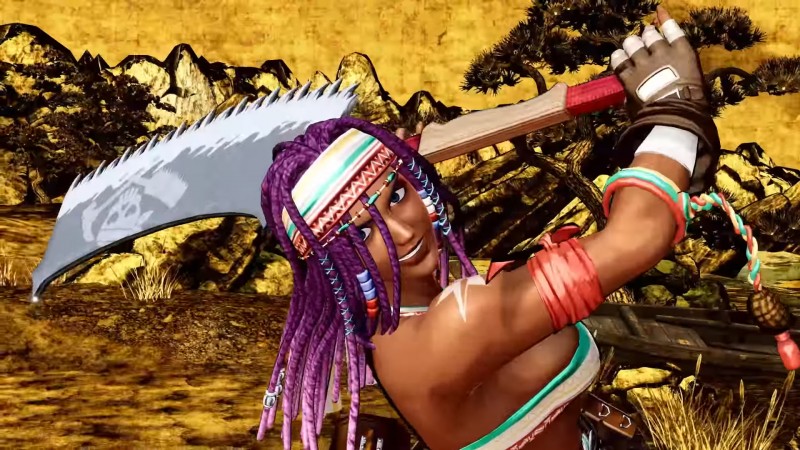 Darli Dagger, the first new Samurai Shodown fighter in years, was revealed during PAX East earlier this month, but no footage was shown at the time. SNK today gave us a glimpse of her moveset and style in her reveal trailer.

Darli is a pirate fighter that, after washing ashore as a young girl, learned to defend herself against dangerous local pirates. Fortunately her defense is aided by a gigantic saw blade and some sort of large drill.

Samurai Shodown comes to PlayStation 4 and Xbox One this June. You can watch us play the game in a recent episode of New Gameplay Today.