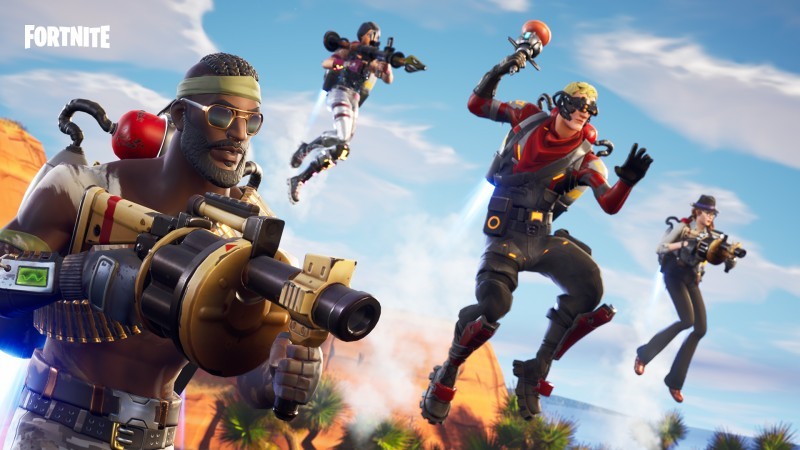 Late last year, the subject of dances in Fortnite came to the forefront when multiple lawsuits against Epic Games and other publishers were filed. The argument was that Epic and publishers like 2K were selling and profiting from dances created by other people, which was stealing their intellectual property. One of the plaintiffs is Alfonso Ribeiro, best known as Carlton from the 1990s sitcom Fresh Prince of Bel-Air, who claims to be the originator of the Carlton dance, wherein someone swings their arms from side to side and shuffles their feet.

As part of this lawsuit, to bolster his claim that he owns the dance, Ribeiro filed for a copyright on the dance last month. The U.S. Copyright Office has refused registration for, among other reasons, belief that Ribeiro is not the person who can lay claim to the dance.

According to an agent within the copyright office's performing arts division named Saskia Florence, Ribeiro's claim that he originated the dance has several fundamental problems. Chief among them is that the simple routine isn't choreography and thus a copyright doesn't make sense.

"The dancer sways their hips as they step from side to side, while swinging their arms in an exaggerated manner," Florence writes in correspondence revealed in a California federal court. "In the second dance step, the dancer takes two steps to each side while opening and closing their legs and their arms in unison. In the final step, the dancer's feet are still and they lower one hand from above their head to the middle of their chest while fluttering their fingers. The combination of these three dance steps is a simple routine that is not registrable as a choreographic work."

Further more, the copyright office says, Ribeiro's argument that he performed the dance nationally recognized as his on the ABC TV show Dancing With the Stars might actually make the opposite point he wants. In the refusal correspondence, a copyright examiner says that internet research states the choreographer partners for celebrities, the people who do the actual dancing with the stars, make up the choreography. Ergo, Ribeiro would not be the person to lay claim to the copyright.

As a response to this, lawyers for 2K have filed for a dismissal for Ribeiro's lawsuit against them for the use of the dance in NBA 2K. The dismissal motion points out that the sole copyright for the dance would have to belong to NBC, the company that owns the copyright on the episode on which it originated.

While this is definitely a setback for Ribeiro's lawsuit, the court siding with him and the other plaintiffs could drastically alter how copyrights for dances are seen even within the U.S. copyright office. In the meantime, Epic continues to sell the dances in question, but Microsoft has removed them from Forza Horizon 4.