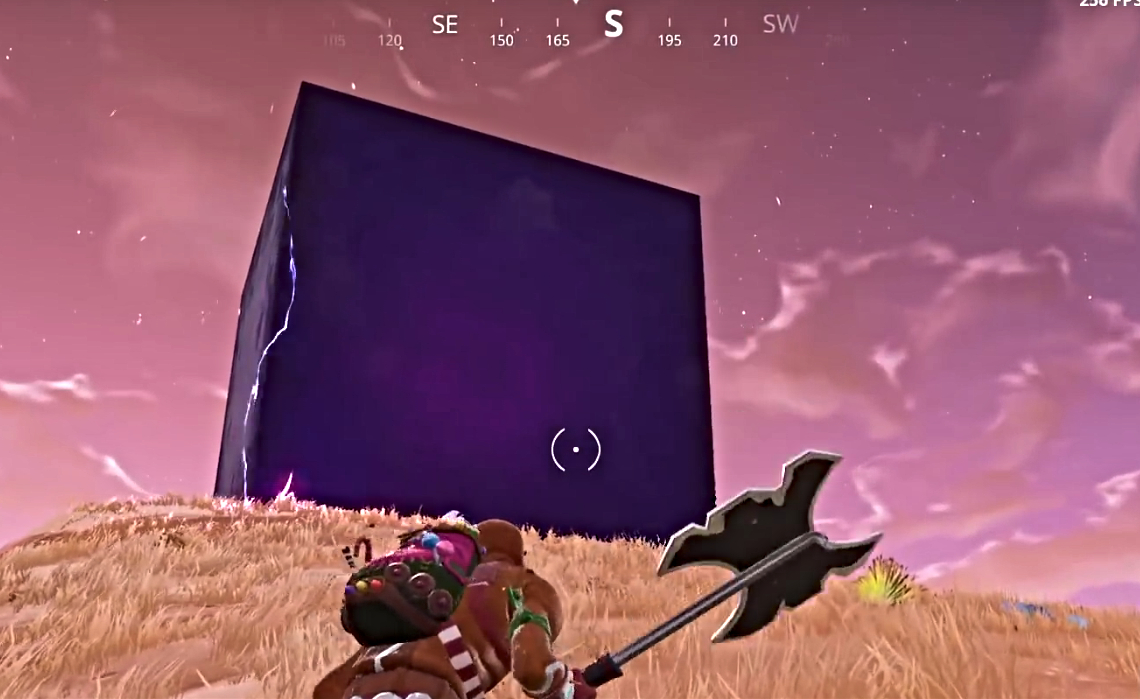 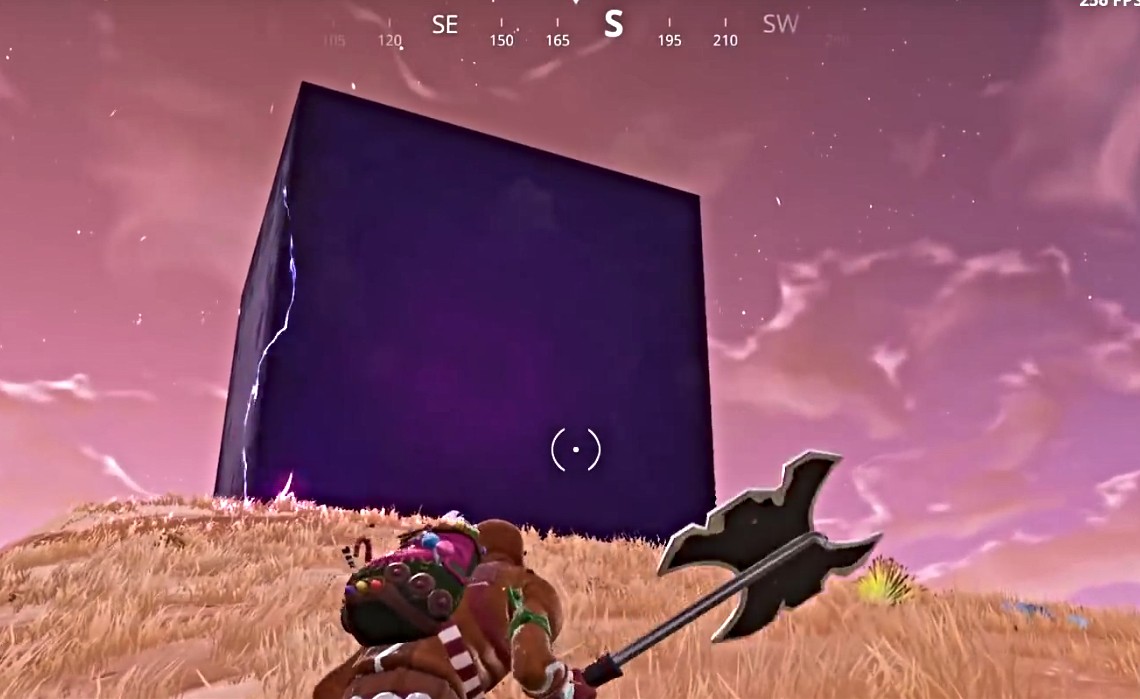 Fortnite Battle Royale's map would be a terrible place to live, not just from the constant barrage of firefights that occur in every neighborhood, but by the unstable sky, which just spit out a giant, purple cube. The rift that has been a fixture in the map's sky is not just a pretty thing to look at; it may be controlled by aliens or something worse. The rift became active recently, spitting out lightning strikes in the desert. That electrical storm gave way to the cube, which sometimes looks like it contains a universe in its square walls, and other times appears to hold symbols.

You can see the origin of the cube below, which was captured by LootLake.

Is Epic Games teasing the next season through the cube, or could it represent something else? I'm hoping it means Thanos is coming back because I loved that mode. I doubt that's the case, but you never know with this game. Players are reporting they are hearing dinosaur sounds in Salty Springs. Maybe it's teasing a prehistoric theme for the next season? Or a Godzilla tie in? Let me know what you think it means in the comments below.