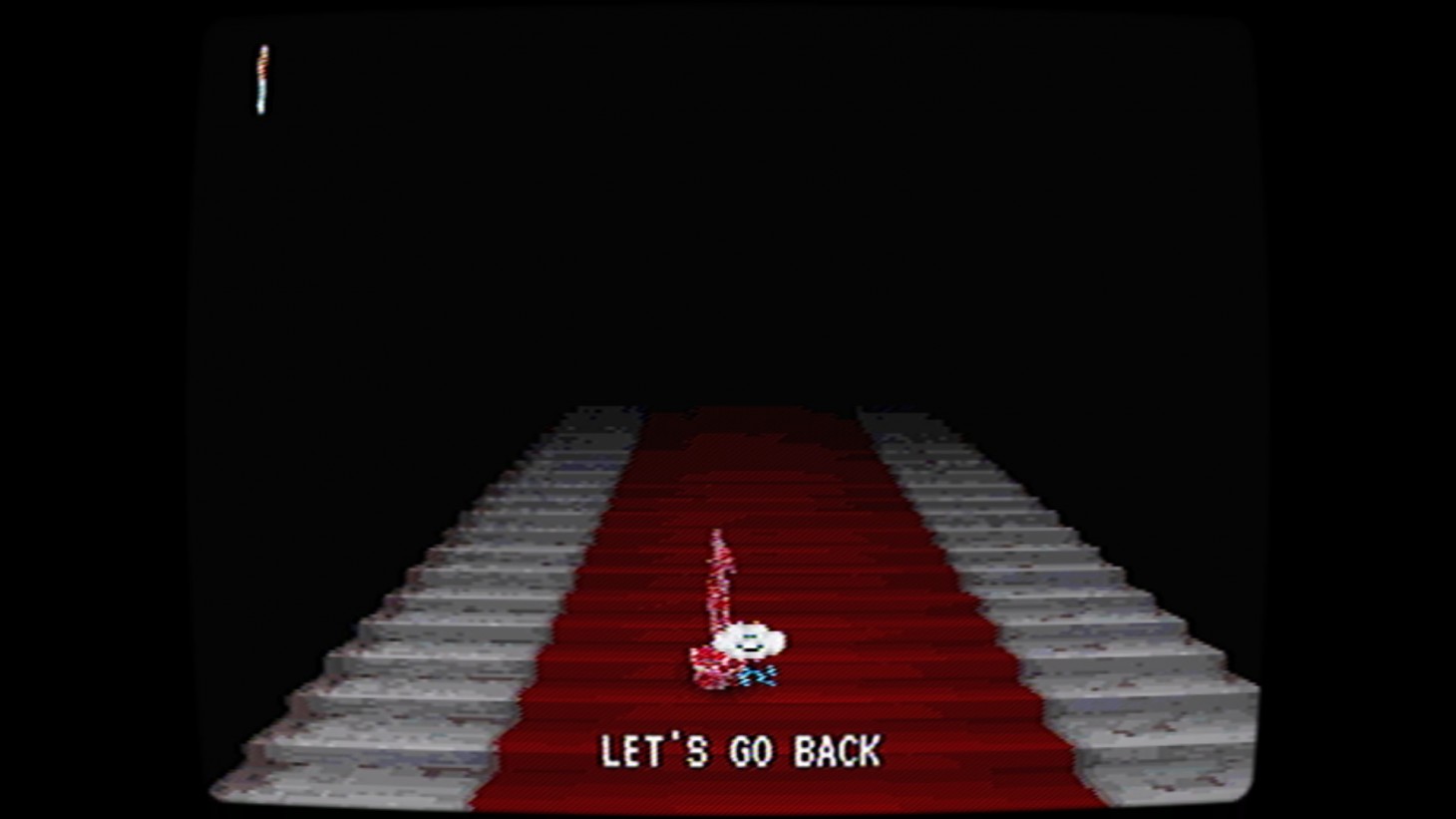 Inside The World Of Lo-Fi Horror

Mainstream horror titles have fallen significantly in popularity since their heyday in the PS1 era. Although games like Resident Evil 7 and Until Dawn made waves upon release, their success is tempered by never-released titles like Silent Hills and Dead Space 4, and commercial disappointments like The Evil Within 2. Big publishers seem increasingly hesitant to take a risk on triple-A horror. But while the high-budget space has scaled down, indie creators have stepped up to fill in the gaps and give players the spooks.

Over the past several years, games with tiny development teams and virtually no budget have focused on creating experiences that are both streamlined and terrifying. Although certain elements of polish may be missing (graphics are typically primitive, environmental interaction is kept to a minimum), the titles make up for it with a refreshingly raw quality. Untextured objects and jerky animations don’t detract from an ominous tone or foreboding writing. Horror doesn’t need to be high definition to make a player’s hair stand on end. 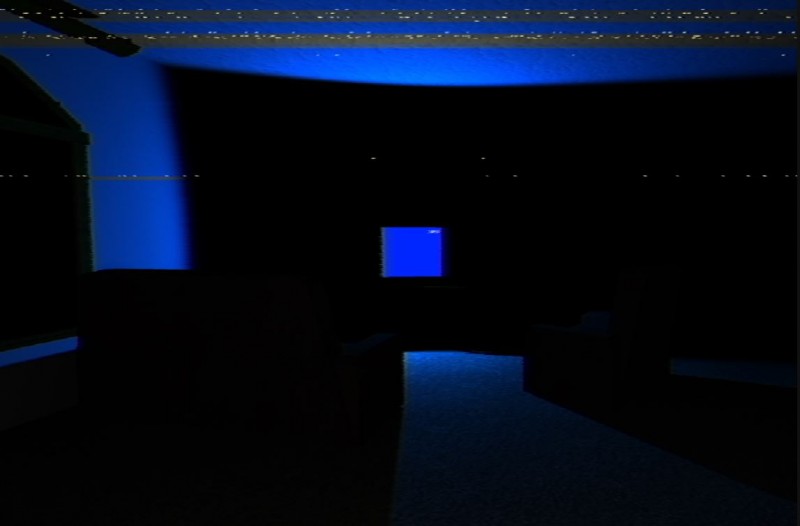 Anatomy and the Advantage of Low Fidelity

Anatomy, a title by developer Kitty Horrorshow has no animated characters, no weapons, and no menu screen. It’s an hour-long experience that consists almost entirely of walking around a suburban house, picking up cassette tapes, and listening to them in the kitchen. It is, without exaggeration, the scariest game I’ve ever played.

Anatomy, like most games made by Kitty Horrorshow (who prefers to go by this name), has a deliberately lo-fi aesthetic. The game takes place in a dark house, with a tiny draw distance that hearkens back to the claustrophobia of Silent Hill. Lines of static make their way down the screen, growing more intense as the experience goes on. The cassette tapes scattered throughout the rooms offer an unsettling thesis on the similarities between a house and the human body. That unease is only accentuated by the fact that you often have to venture into the very areas described in gross detail by the tapes; after listening to the audio clips, it’s hard to not picture the living room as a beating human heart.

“There's a great deal to be said about the inherent psychological impact that dealing with something 'lo-fi' can have,” says Kitty Horrorshow. “People are generally uncomfortable with things that seem worn-out, warped, corroded.”

Anatomy seems to have a mind of its own. The game often shuts down without warning, unceremoniously kicking you back to your desktop. Subsequent runthroughs feature distorted sound and visuals, giving the impression that the game doesn’t want you playing it. It feels haunted. 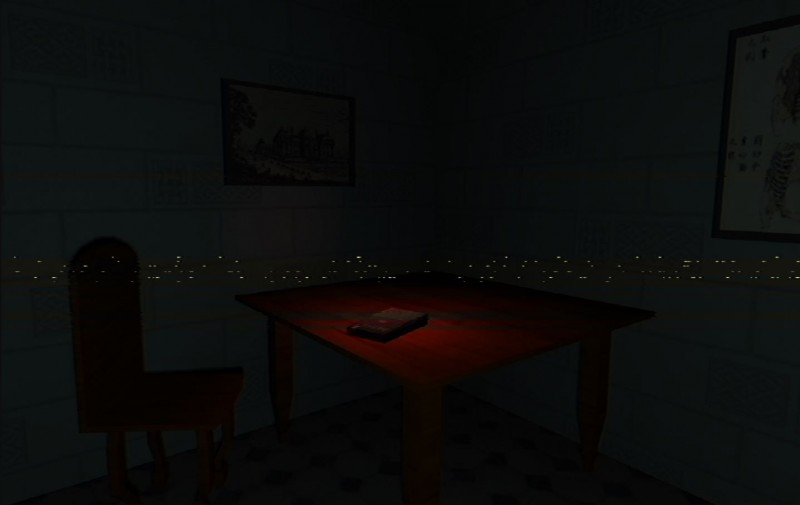 Standing in the kitchen in Anatomy

OK/NORMAL and the Power of Nostalgia

Kitty Horrorshow, and other developers have embraced an aesthetic reminiscent of fuzzy old VHS tapes, full of digital noise and partially corrupted. Itch.io, a digital distributor that specializes in indie titles, has horror pages filled with intentional throwbacks to the mid-‘90s (and earlier). In an effort find more primal sources of fear, many developers have turned to distorting our often-comfortable sense of nostalgia.

Developer Toni Kortelahti, also known as 98DEMAKE, rose to prominence by “demaking” modern games. His YouTube channel is full of primitive-looking versions of titles like The Last of Us and Mirror’s Edge. When making his own game, Kortelahti knew he wanted to keep this PlayStation One aesthetic.

"The polygons were all wobbly and jittery, and the textures were warped and weird,” says Kortelahti in an interview with Gamasutra. “The ridiculously low resolution…often made it so that you weren't always sure what you're looking at — turning even innocent games into scary ones."

Kortelahti’s own title, OK/NORMAL, took great pains to adhere to the technical limitations of the original PlayStation, using those restraints as an eerie tool. The game mirrors the collection-focused gameplay of early 3D titles, but with an uncomfortable twist: Rather than bananas or coins, you’re collecting pills and empty glasses. Low resolution textures repeat endlessly, tiling the walls and sky in an almost nauseating fashion. Polygon counts number in the hundreds, not thousands. OK/NORMAL never clearly explains what it’s about, but any specific plot is secondary to the pervasive, ominous tone.

“You weren't always sure what you were looking at,” Kortelahti says, speaking about the early PlayStation titles that inspired him. “The games had your imagination going wild in ways that modern graphics really can't.” 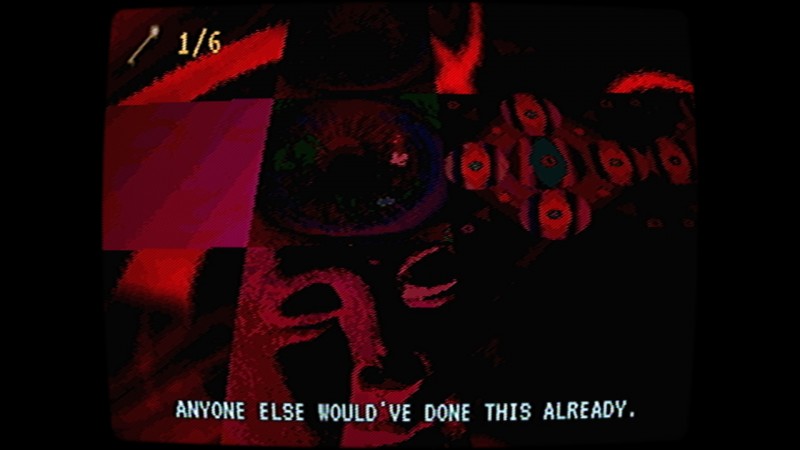 OK/NORMAL is not an easy game to look at

BEN Drowned and the Ghosts in the Machine

OK/NORMAL and Anatomy’s styles are both glitchy, almost falling apart. It’s a choice that plays on our prior knowledge of the medium and our learned understanding that a game is based on a set of predictable rules. When those rules are betrayed, the game feels almost sentient. It appears to be intentionally choosing to frighten us, rather than operating on pre-programmed behavior.

“Glitches in video games are often funny or absurd,” Kitty Horrorshow says, reflecting on Anatomy. “But if the experience you're dealing with is something frightening, having the actual artifice around the experience come across as broken, or even just old and lost, can compound the feeling profoundly.”

An extreme version of these themes can often be found in Creepypastas, internet horror stories that frequently use malevolent games as a source of scares. One of the most popular of these stories is BEN Drowned, a series of blogs written in the fall of 2010. In it, the writer buys an old copy of The Legend of Zelda: Majora’s Mask at a yard sale and finds that it still has a save from the previous owner. Over the course of several weeks, the game exhibits more and more strange behavior. Dialogue is missing or wrong, locations are fundamentally changed, and the player is followed by a seemingly inert statue. The writer spirals into obsession and paranoia. The old save, it seems, still contained the angry spirit of a young boy who drowned before finishing the game.

Even though the original writer of BEN Drowned has since admitted to making the whole thing up, the videos released alongside the original story are genuinely unsettling. The bizarre textures and warped music feel like a violation of the original game’s friendly playspace.

These stories almost always center around indie games and/or old consoles. I find it hard to imagine modern big-budget games being convincingly “haunted” in the same way. The systems nowadays are too refined, the graphics too realistic. There’s something uniquely fragile about the early years of 3D titles on the PlayStation and Nintendo 64. Developers were only beginning to understand that new technology. While they were struggling with the programming, why couldn’t something else have slipped inside the game unnoticed?

2:22AM and Horror by Subtraction

2:22AM is a free game made by umbrella-isle on Itch.io, designed to emulate the feeling of watching late-night public access TV. It’s a series of somewhat randomized experiences connected by blurry real-life footage of disconnected things. Between minigame-like experiences where you do things like chop a vegetable, the game shows you clips of streetlights or a pot boiling over. In one vignette, you’re standing outside a house at night with a shovel. Each click makes the shovel dig a little deeper into the ground; eventually, you’ve dug a grave.

Nothing particularly horrifying happens throughout 2:22AM’s 20-minute runtime, but I couldn’t shake a persistent feeling of dread. Scenes are never allowed to satisfyingly finish. When chopping the vegetable, every swing of the knife brings it closer to your hand, but during the swing that would ultimately cut your thumb, the game cuts away. 2:22AM is predictable only long enough to lull you into a false sense of security, before turning the situation on its head. Its echoing soundscape and unexpected transitions are nightmare-like, unshackled from the ties of reality and logic.

This abstract approach allows for more subtle approaches to horror than the jumpscare factories popular on Steam. In the work these indie developers, fear doesn’t come from monsters or crazed humans; it’s inextricably linked to the environment itself. The streets of an empty town or the dreamscapes of a quiet void pull emotions more delicate than simple terror to the surface. 2:22AM, Anatomy, and OK/NORMAL all use their lack of visceral detail to focus towards the unquantifiable aspects of the experiences.

An empty street doesn’t have to contain a grotesque and graphically impressive monster, this genre of horror argues. The feeling of isolation and the implication of a greater, unspoken threat are enough. Their restraint seems to communicate a consistent message: You don’t even know what you should be scared of. 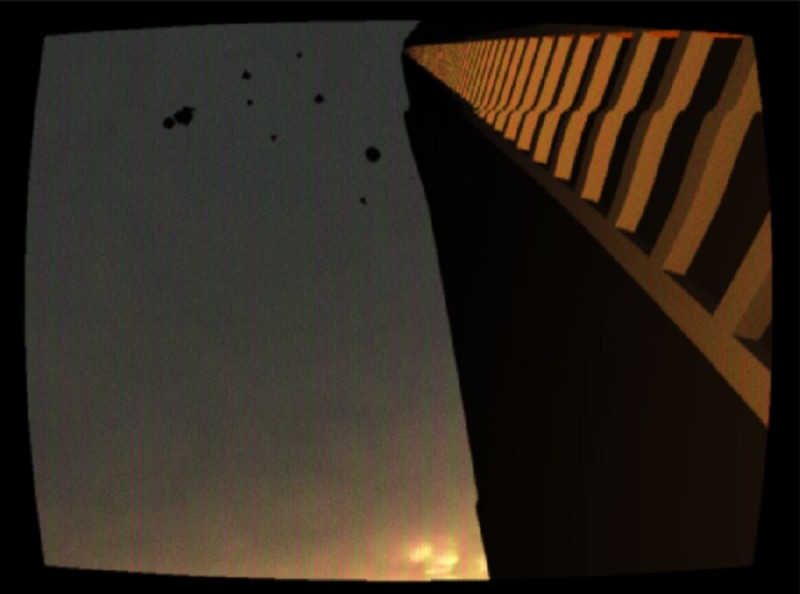 Kitty Horrorshow has a number of games available on her itch.io page, and also releases experiments to her Patreon backers. OK/NORMAL is available on itch.io and Steam. 2:22AM is free on itch.io.