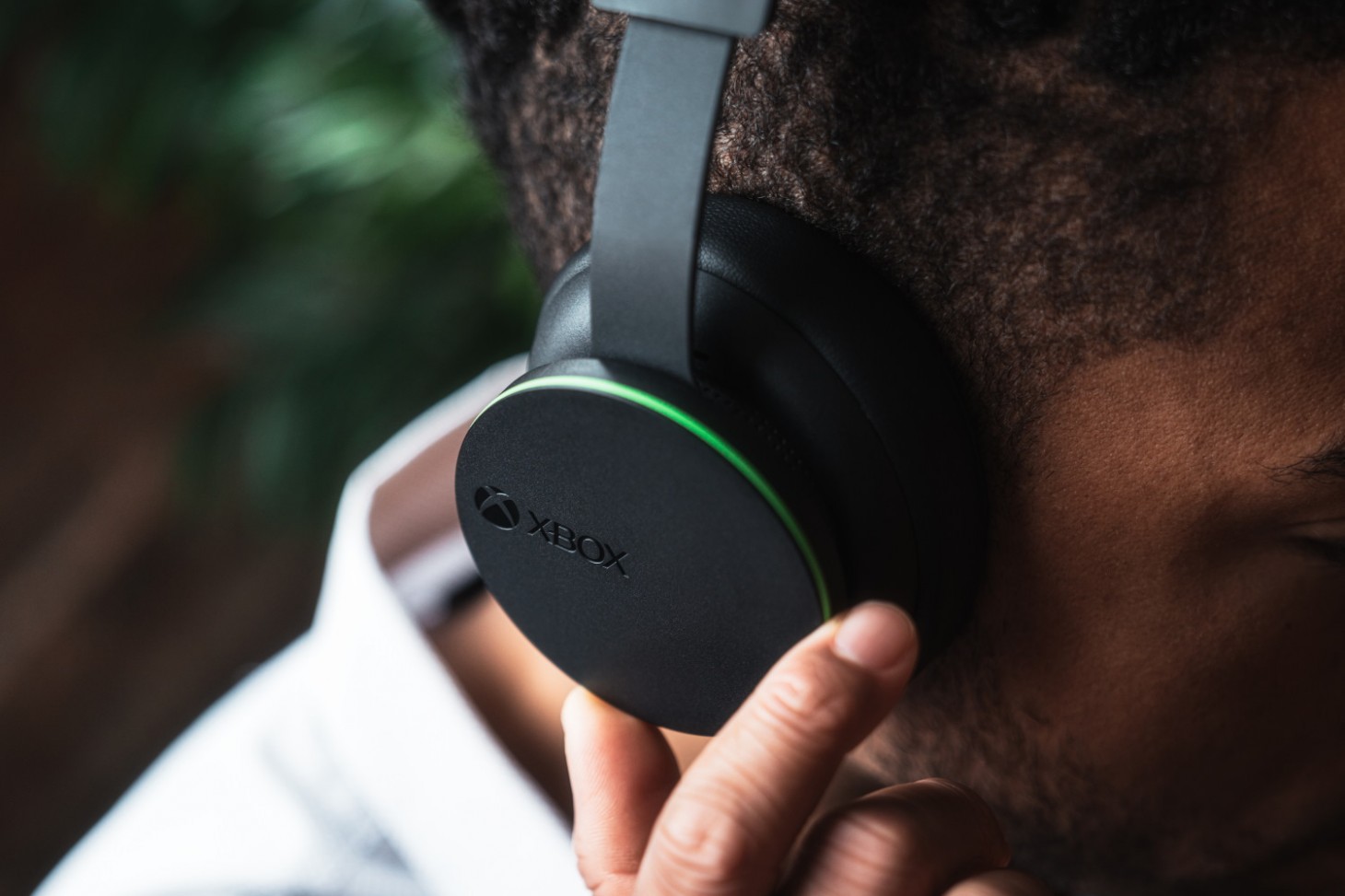 When Xbox Series X launched earlier this year (check out our review here), it delivered several improvements over its predecessor, the Xbox One. However, while one of Xbox Series X's main legs-up over PlayStation 5 is in how all the accessories you had for Xbox One, including controllers and headsets, were instantly compatible with your new system, PS5's Pulse 3D wireless headset delivered audio quality and features that no first-party offering from Microsoft could match. Now, Xbox is here with its own new-gen, first-party wireless headset to rival the PS5-launch offering of Sony.

True to the mission of Xbox's entire pitch this generation, the Xbox Wireless Headset connected almost instantly with my Xbox Series S and updated wirelessly via the Xbox Accessories app. Once updated, I could go into the app and fine-tune how I want the audio to come through the headset, including various equalizer settings and bass boost, as well as how sensitive I want the mic's auto-mute functionality to be or how bright I want the mic light to be. Once I have the headset just the way I like it (or at least how I think I like it... I won't know for sure until I'm playing), it's time to jump into a game. 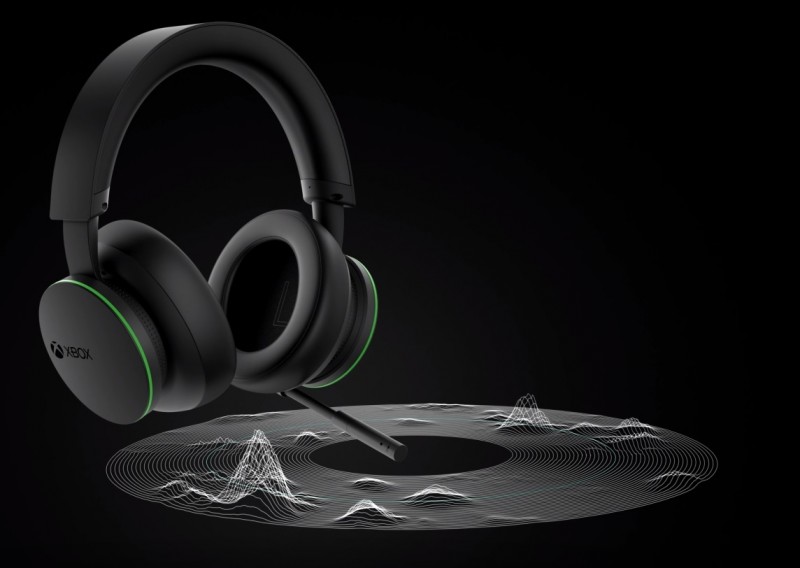 In a game, the oomph the headset packs was immediately evident as I cracked open some loot boxes in Overwatch. Once I join a party, I had to do some adjusting with my teammate. For one, the headset seems to pick up more volume from party mates' microphones than other headsets I've used, as her voice almost sounded multi-tracked. I'm not sure if this is a result of a setting I had (I had my own mic-monitoring on, but that shouldn't affect how her voice sounds in chat), but when I switched between the Xbox Wireless Headset and the LucidSound headset I had been using since the launch of the Series X/S, her voice returned to normal. Upon switching back to the Xbox Wireless Headset, her voice once again sounded layered in weird ways. She also tried multiple headsets to no avail. I asked her to move her mic further from her mouth, and that seemed to rectify the problem. Again, I'm not sure if it was a connection issue, an Xbox issue, a setting issue, or a sound-pickup issue, but it was resolved fairly quick.

Once we were in game and the initial chat-audio problem was solved, voice chat was crisp and easily leveled against the game audio. My teammate also commented on how my voice sounds clearer using the Xbox Wireless Headset than it normally does with my other headset I typically use. The adjustable auto-mute functionality, which blocks out background sounds, works well, though I didn't have very much background noise on as I was testing it out; I anticipate I'll just keep the feature off either way. The mic monitoring, even when set on "high," didn't deliver the level of output of my own voice into my headset I was hoping for, but other than that, my criticism of how voice chat works with the Xbox Wireless Headset is minimal.

The in-game sound comes through very clear; in one game of Overwatch, I thought the entire opposing team was in front of me, but I suddenly heard a charging Reinhardt from behind with enough time to react and avoid his attack. Weapon sounds also come through very clearly, delivering a strong sense of presence. While the headset works great as is, I found I got the most out of it when using the Dolby Atmos setting, enabled through the Dolby app. Whether I was watching a tech demo for the Atmos technology (the ear cups literally vibrated as thunder roared during the video), enjoying a scene of the critically acclaimed 1917, or playing through a mission of Gears 5, the 3D sound is impressive and precise. 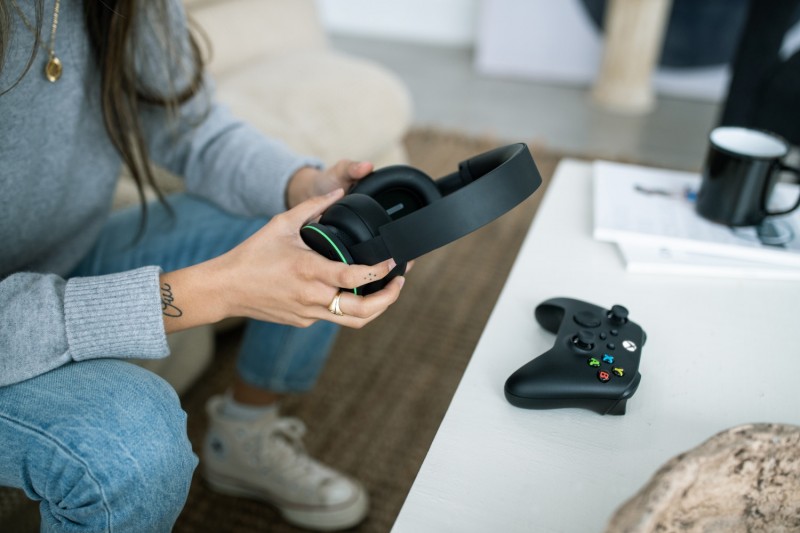 Perhaps the most novel part about the Xbox Wireless Headset is in how the device can connect to your Xbox and mobile device simultaneously, delivering sound from both pieces of hardware. Using this, I fired up Mortal Kombat 11 on the Xbox Series S, then put on the 1995 Mortal Kombat movie soundtrack and had both devices outputting to the headset at the same time. While that use-case might be less common, it was a fun way to test the functionality. I also threw on a podcast while I played a few runs of Dead Cells, and even played a little Madden set to my favorite workout playlist. If one device is too overpowering, you can easily adjust the output volume on either piece of hardware. Obviously, since it can connect to a mobile phone via Bluetooth, you can wear the headset as standard headphones on the go if you so choose.

All of these features and options are great, but I was most pleasantly surprised by how comfortable the headset is over extended use. I typically don't even like wearing headsets for longer sessions because the headband often hurts the top of my head after a short period. Thankfully, that is not the case with the Xbox Wireless Headset. Even after a couple hours of continuous gameplay, I only had to adjust the headband once for mild discomfort. In addition, the ear cups are soft and fully encasing, but my ears never once felt overheated or sweaty. The Xbox Wireless Headset is among the most comfortable gaming headsets I've used.

At $100, the Xbox Wireless Headset delivers excellent value for those who want to get the most out of their Xbox consoles without breaking the bank. The 3D spatial audio sounds terrific in action, and with crisp, clear communication, both incoming and outgoing, it's a great option for those who like to hear every detail while remaining in close contact with their squad. The Xbox Wireless Headset launches on March 16 and is compatible with the Xbox Series X, Xbox Series S, Xbox One, Windows 10 PCs, and mobile devices via Bluetooth.