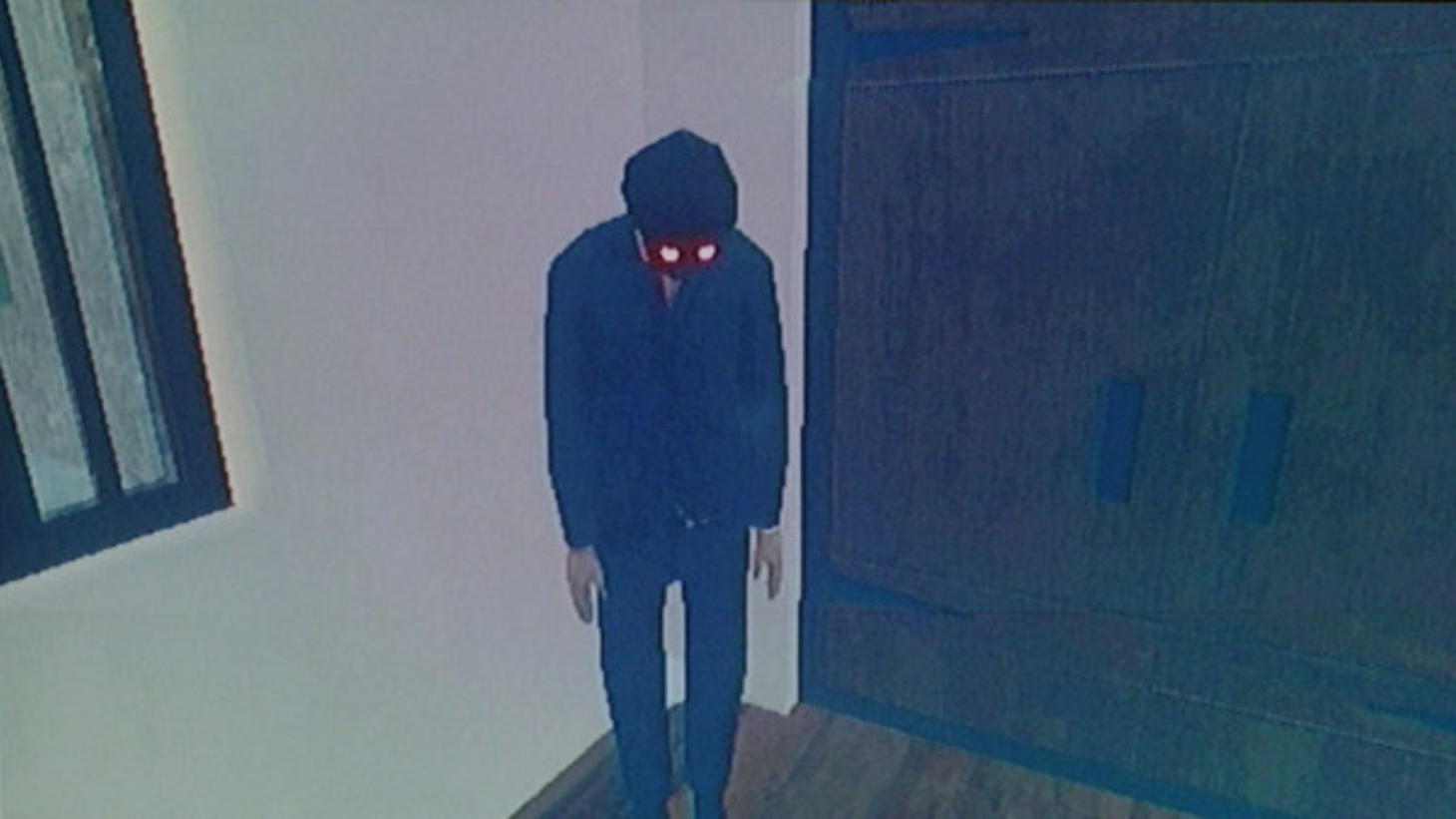 Three Horror Games To Keep An Eye On

Guerilla Collective's Summer Game Fest-adjacent live stream revealed a slew of new and upcoming indie games. But among the Braid-like puzzle platformers and narrative adventures were several horror games worth keeping an eye on. Here's what stood out to us.

The Fridge is Red

Easily the highlight of today's stream, The Fridge is Red looks like what you might find if you went video game shopping in Hell. Heavily inspired by PlayStation 1 horror games – specifically Silent Hill – it tells the story of Frank, stuck in his basement staring for days at the titular red fridge. "Not only the fear of a terrible death keeps him in place, but also the hope of getting his daughter back," the game's Steam page reads.

The Fridge is Red is a collection of different horror stories – or "episodes." In the trailer, we see terrifying waiting rooms, people frozen in place, items frozen in midair, church congregations full of glowing-eye patrons, and an elevator ostensibly sending us to the bowels of the underworld. At one point, in what's undoubtedly the trailer's most gruesome moment, an eye is gouged out with an elevator button.

The game's low-poly aesthetic makes The Fridge is Red more unnerving. Because of the lack of detail, the brain fills in the blanks. What's rendered onscreen is nothing compared to what's in our minds.

While there's no release date yet, you can play The Fridge is Red now if you choose. A free demo is available on Steam.

Maintaining that PS1 inspiration, Signalis also leans on low-poly aesthetics for its scares. Taking cue from Capcom's stable of horror games in the mid-to-late '90s, such as Resident Evil and Dino Crisis, and Squaresoft's Parasite Eve, you play as Elster, "a technician Replika searching for her lost partner and her lost dreams." Signalis is set in the future, where humans have discovered some mysterious "dark secret." I'd assume it's our job to get to the bottom of whatever that secret is – with all the monsters and jumpscares that come along for the ride.

Signalis' trailer has a vibe. Sure, it looks spooky, creepy, and all that jazz, but my biggest takeaway is how melancholy it seems. Which, admittedly, sells the horror that much better. Signalis does not look like a fun world to be in, both in terms of its horrors and sadness.

Finally, something you can play right now. While Industria may not look as scary as the previous two games, it sure looks interesting.

Like a cross between Half-Life 2 and Dishonored, Industria is a "steelpunk" game set in East Berlin during a parallel universe Cold War. The trailer shows our protagonist fighting a variety of creepy robots on her quest to find a missing colleague while exploring evocative and strange environments.

Industria's trailer ended with a surprise: it's available now. Play it on PlayStation 5, Xbox Series X/S, and PC.