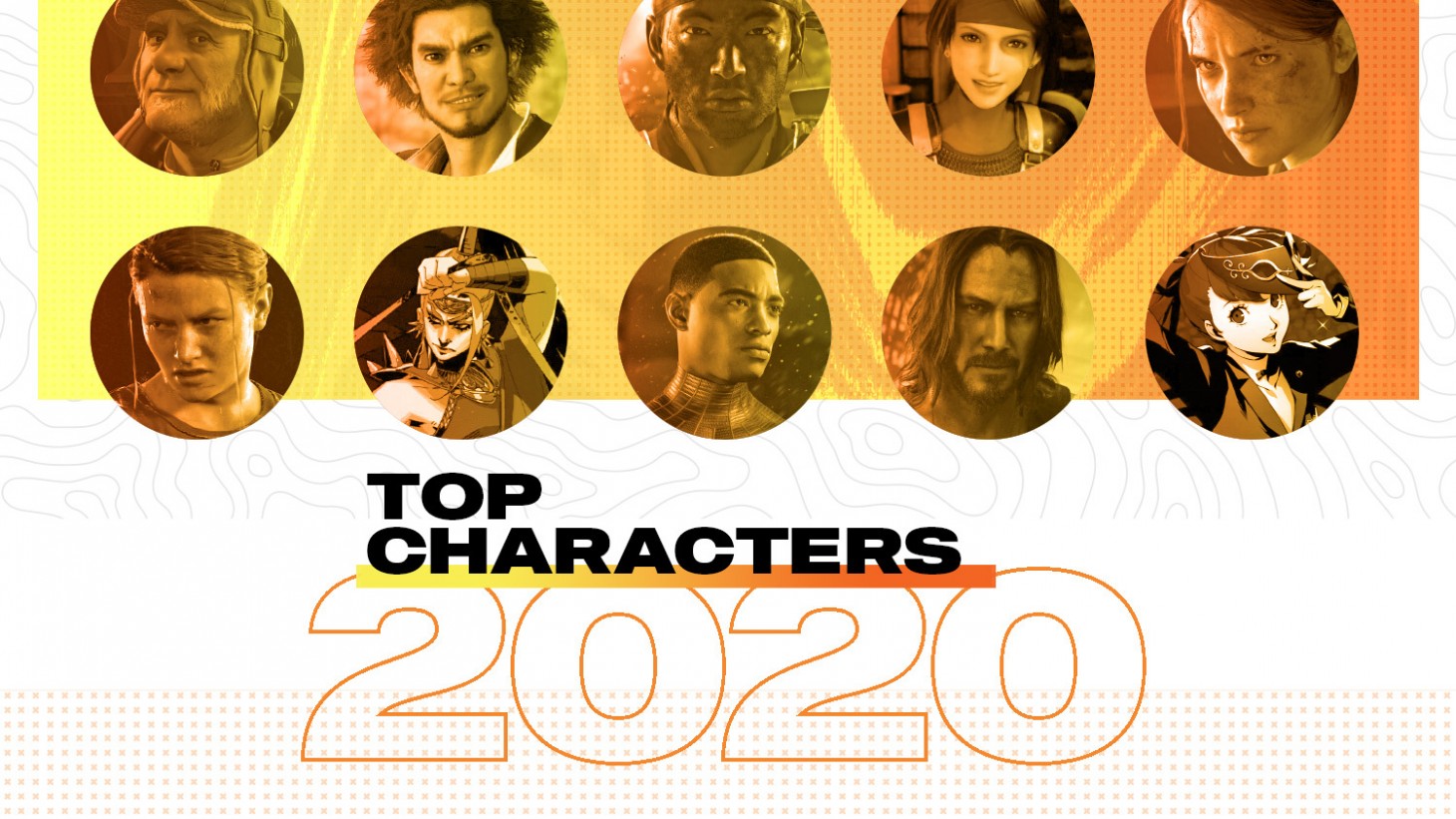 Games are fun to play, but our attachment to them is more than mechanical. We get invested in the worlds they build – and more importantly, the people who inhabit them. The games of 2020 not only forged bonds with brand-new characters, but also reimagined our connections to familiar ones, creating a year full of memorable interactions. Whether they made us laugh, cry, or wince, these are the top 10 characters who defined this year in gaming. 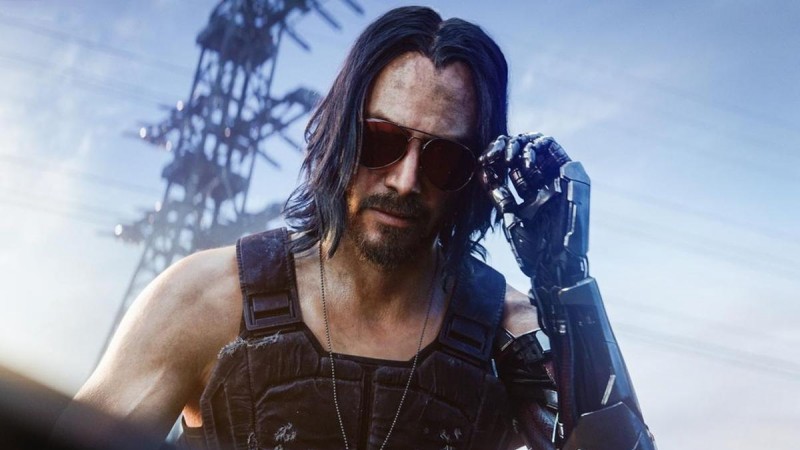 He may start as an intruder in V’s mind, but Johnny Silverhand eventually hacked his way into our hearts. Okay, that’s overstating it – Johnny Silverhand is mostly a jerk. His treatment of other people and rebellious rocker ways are off-putting, but the interesting thing about the character is his growth. Johnny Silverhand and V gradually reach an understanding that changes both of them and shows that Johnny is more than the unlikable guy you first meet. Plus, having Keanu Reeves for a sidekick is pretty cool. 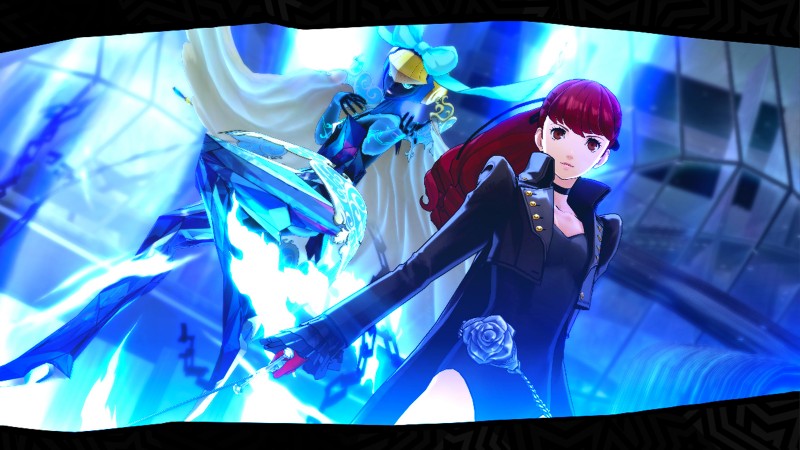 As the new girl in town, Kasumi has a lot to deal with. Throw in the stress that comes with being world-class gymnast and the newest member of the Phantom Thieves, and her cheery demeanor is even more impressive. However, a dark secret that comes to light later in the narrative aptly demonstrates that sometimes not all is how it seems and that just because someone may appear cheerful and optimistic doesn’t mean they don’t have the weight of the world on their shoulders. 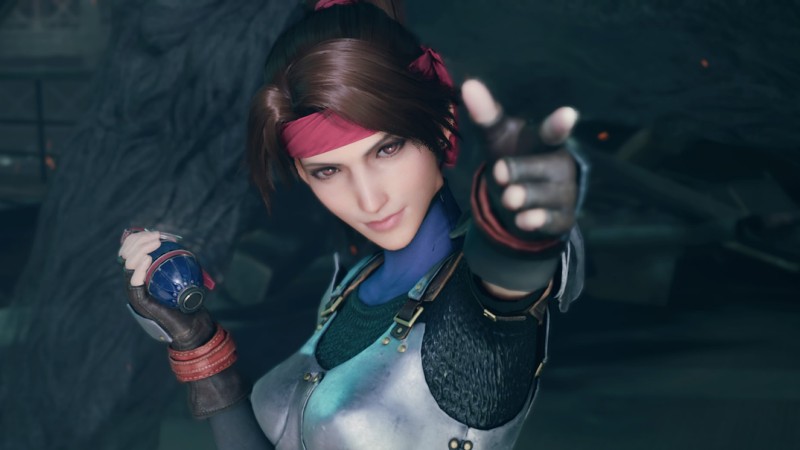 Let’s sidestep the “Aerith versus Tifa” discussion here. Yes, Final Fantasy VII Remake expands on those classic heroines, but it also gives previously minor characters a lot more time in the spotlight. That’s where Jessie steps up and steals the show; she has a bubbly and flirty personality on the surface, though you’re never quite sure how much of it is an act. As Cloud learns more about her family and her dreams beyond Midgar, a genuine bond forms that makes Jessie one of the best surprises of the whole game. 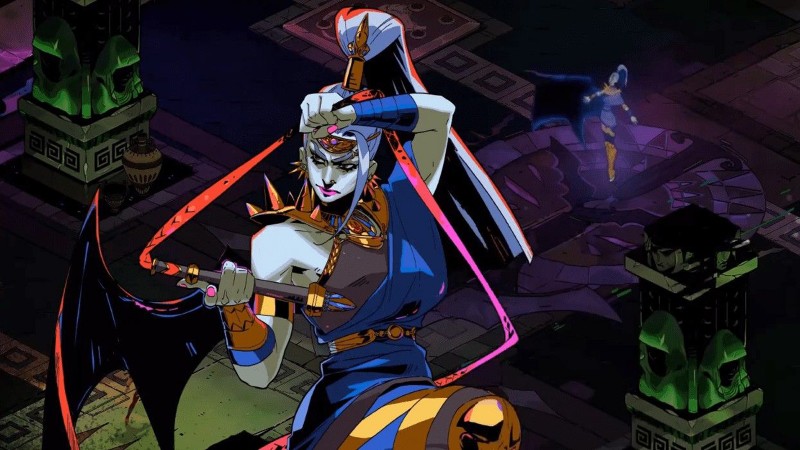 Because Hades is a roguelike and Meg is the first major encounter, you fight her more than any boss in the game. That constant conflict is bound to put a strain on any relationship, but Zagreus’ banter with Meg remains a high point of his repeated attempts to escape the underworld. She isn’t necessarily an enemy; she is only trying to stop Zagreus because she has to. Whatever history these two may have, Meg’s wry and competitive personality makes her fun to converse with – even when she’s nursing a grudge after being defeated. 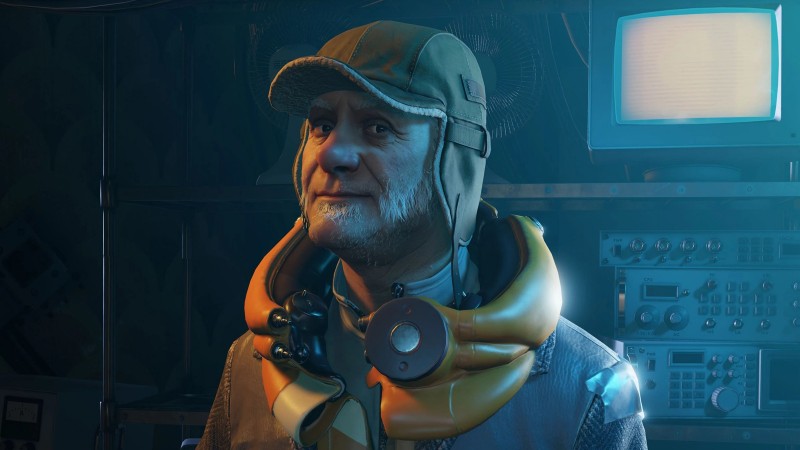 Half-Life: Alyx is intense; it has plenty of gunfights and horror-infused moments, which might leave players on edge. That’s why we’re so thankful for Russell, who adds welcome levity to the heavy atmosphere. He names Alyx’s gravity gloves after himself (“Russells”), and chimes in over the radio with frequent wisecracks and words of advice. Considering all of the threats Alyx needs to confront, Russell’s concern for her (and his sense of humor) feel like warm spots in an otherwise cold world. 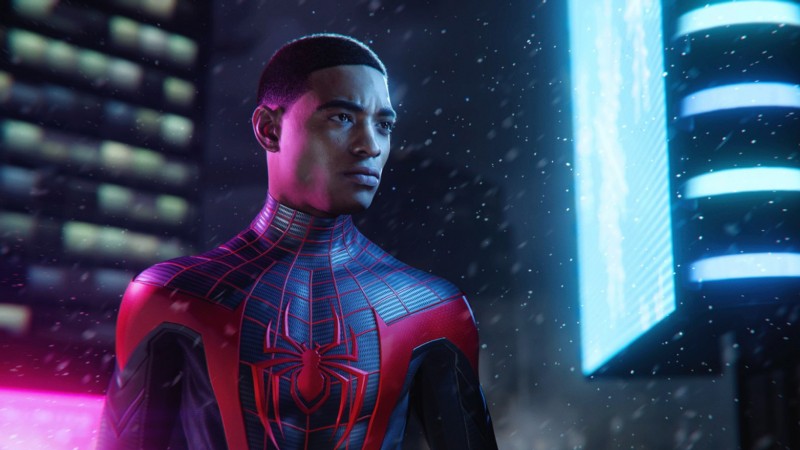 Confident, experienced superheroes can be cool. However, Miles Morales shows us that it’s okay if you’re still learning the ropes. Without Peter Parker to help him out, Miles needs to step out of his mentor’s shadow to define the kind of Spider-Man he wants to become. He brings his own style to the iconic spider-suit, both with his fashion sense and mid-air acrobatics, putting a refreshing spin on the action. But it’s also fun to see Miles’ focus on his community, getting to know the people of Harlem so players see who Miles is fighting for. 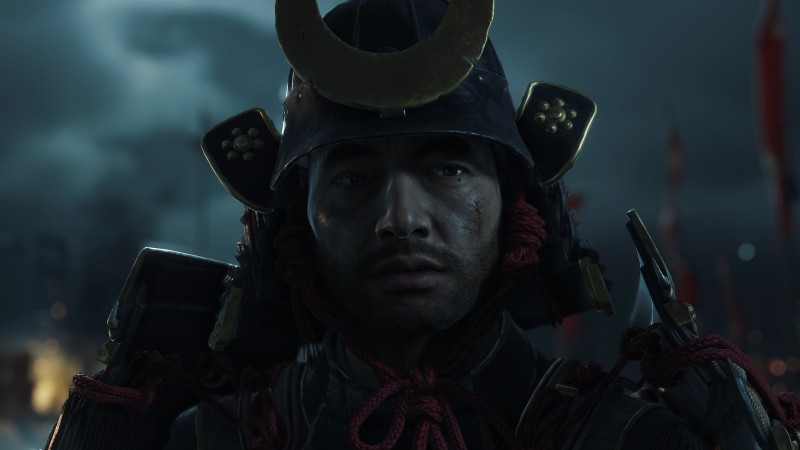 When forced to choose between honor and necessity, Jin takes a more fluid approach than many of his samurai brethren. However, he does not do this carelessly. Jin struggles to live up to the code he was raised to follow, while also doing what is required to save his home island of Tsushima from the invading Mongols. This internal conflict leads to compelling character moments, but Jin is always a compassionate and charming hero who treats people with dignity – whether they are friends or foes. 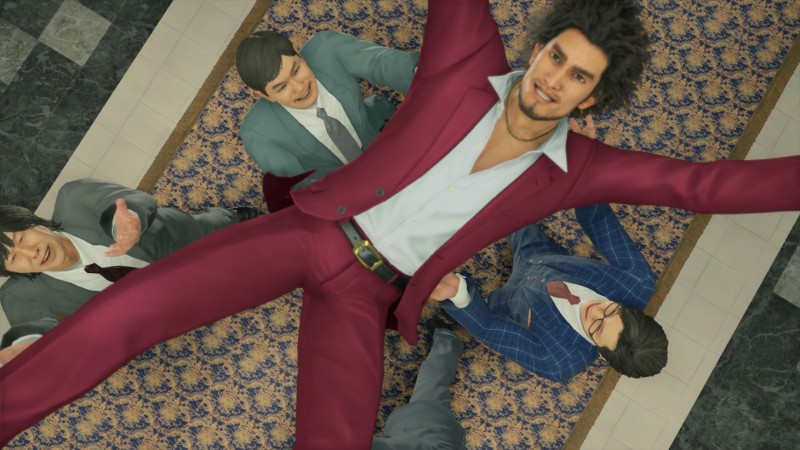 Ichiban Kasuga has been betrayed, shot, and abandoned. Even so, he manages to see the bright side of every situation. Whether he’s fighting off hitmen or trying to put a rogue tiger back in its cage, Kasuga’s optimism remains unshaken even in the most absurd circumstances. Yakuza: Like a Dragon’s story may be about warring criminal organizations, but Kasuga balances the tension perfectly with an infectious desire to help the people society overlooks. The only mean thing about this guy is his swing with a baseball bat. 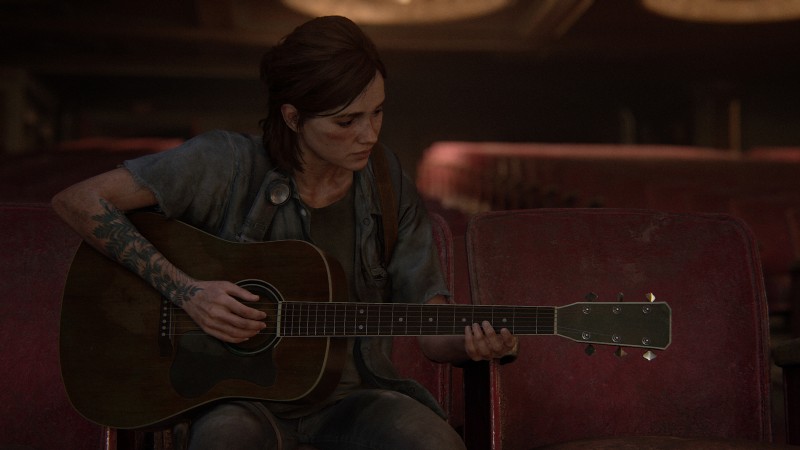 After spending the original The Last of Us with Ellie, players got to know her well. That’s why her actions in the sequel are so heartbreaking; her desperation and grief drive her to make choices that players know she shouldn’t. This downward spiral is uncomfortable to watch (and participate in), but the strong reaction Ellie’s actions inspire is a testament to the powerful connection Naughty Dog has developed. She may not be the Ellie you remember anymore, but she remains one of the most complex (and flawed) characters in gaming. 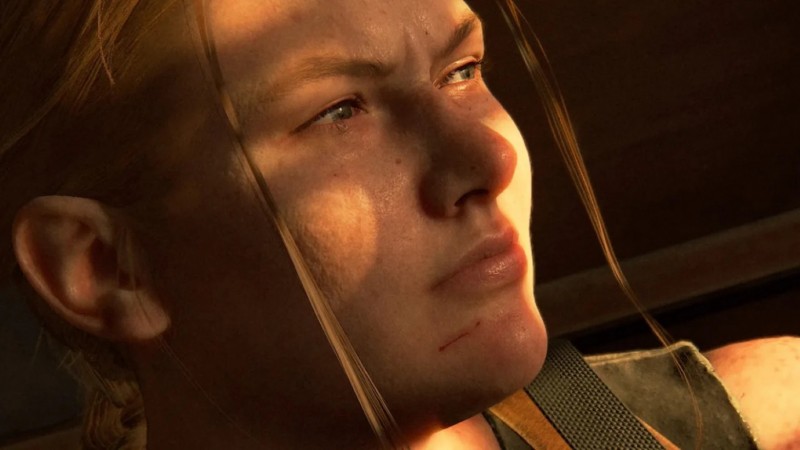 You don’t have to like Abby. She has done things that are hard to forgive – but that is also what makes her the most fascinating character of 2020. The Last of Us Part II takes players on a journey that seems impossible, first turning Abby into an outright villain, but then fostering empathy and understanding for her over time. This unlikely evolution is an outstanding achievement by developer Naughty Dog, emphasizing the complicated motivations people have that go beyond the simple definitions of good and evil.