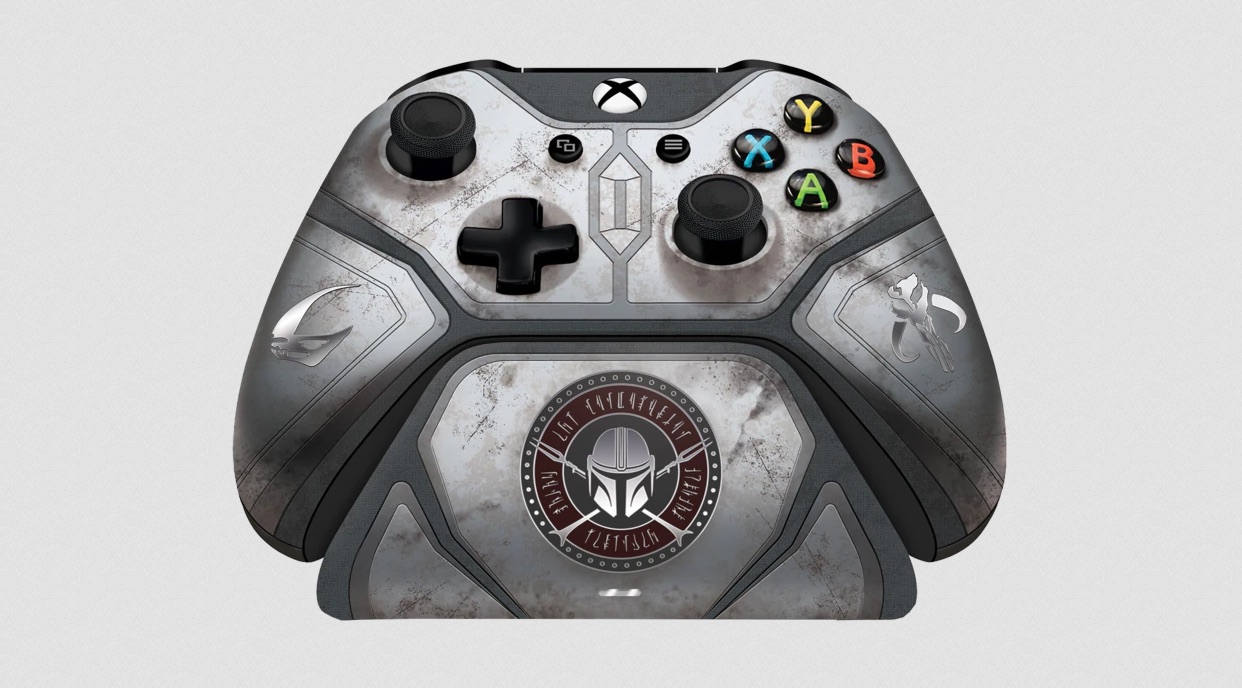 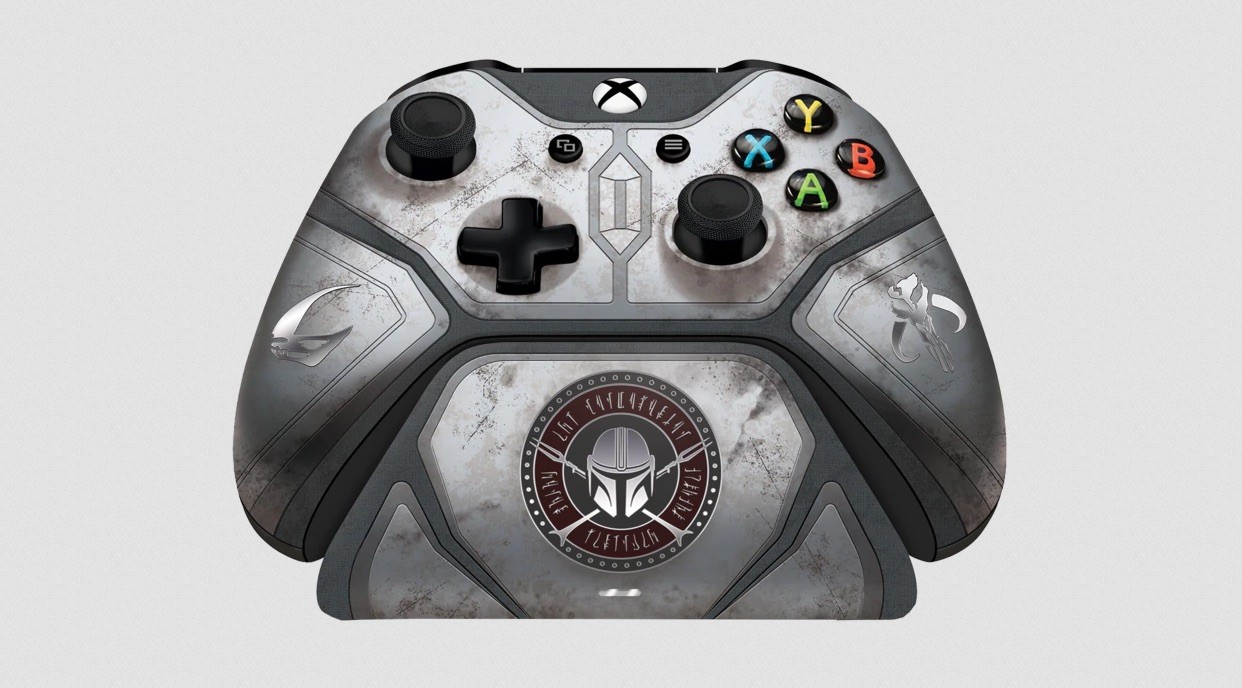 Releasing on December 31, the Mandalorian wireless Xbox One controller is coupled with a charging stand and retails for $160. It's not made of beskar steel, but it looks like it is, and carries many of the signature armor designs of the famed bounty hunter. If you flip the controller over, you'll see an image of "The Child," who is wanted and on the run with the Mandalorian. Most people call him Baby Yoda, but Lucasfilm has gone with "The Child" as his official title until his name is officially revealed.

Given the timing of release in December, it's a shame this controller doesn't have the share button or the new directional pad of the Xbox Series X/S, but it is compatible with these systems. Along with the unique artistic design, this controller has textured grips and charges through a magnetic contact system.

Interestingly, if you run out of battery during play, you can connect the controller to the stand, and, as Microsoft puts it in the official description, engage in "one-handed play while you charge." We don't know how this one-handed functionality is formatted, but the option is there if you need to use it.

The Mandalorian is hot right now, with the first episode of the second season hitting Disney+ this week, but we shouldn't have to pay so much more than the original asking prices just to be reminded of this show when we game. It's a cool collectible though. The gallery below gives you a good look at the controller, it's back, and the charging stand that comes with it. 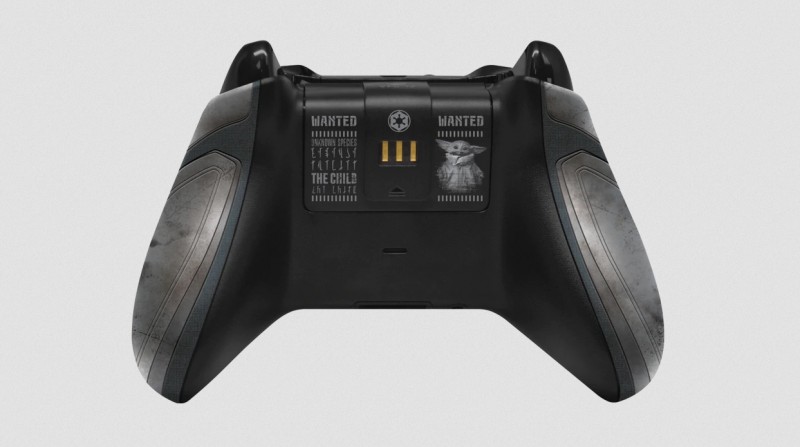 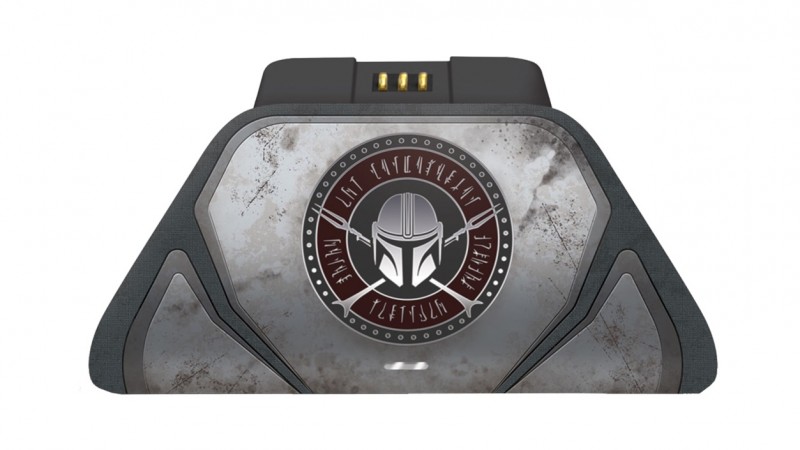 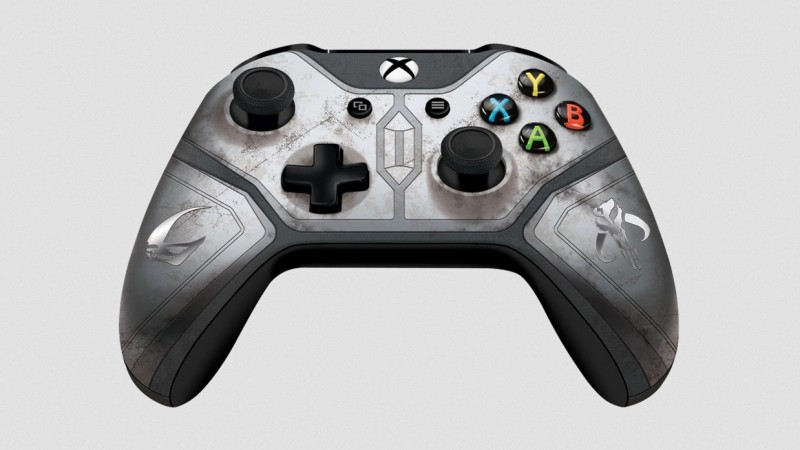