Gloomhaven, the popular four-player board game, is getting a PC port later this year. The news comes from Gen Con, where purveyor of digital board games Asmodee Digital announced the port to Steam.

If you're unfamiliar with Gloomhaven, it is commonly considered one of the best board games period. It has sat on the top of user rating charts since its release in 2017 and has one numerous awards. The 10-pound box lets players use 17 playable classes across 95 unique scenarios in a tile-based tactical skirmish game.

It does seem like Asmodee Digital wants the PC version to be more of an adaptation than a straight port of the board game, but that might be better for it in the end. We'll find out when the game releases late this year. 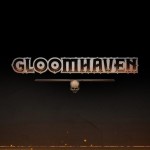