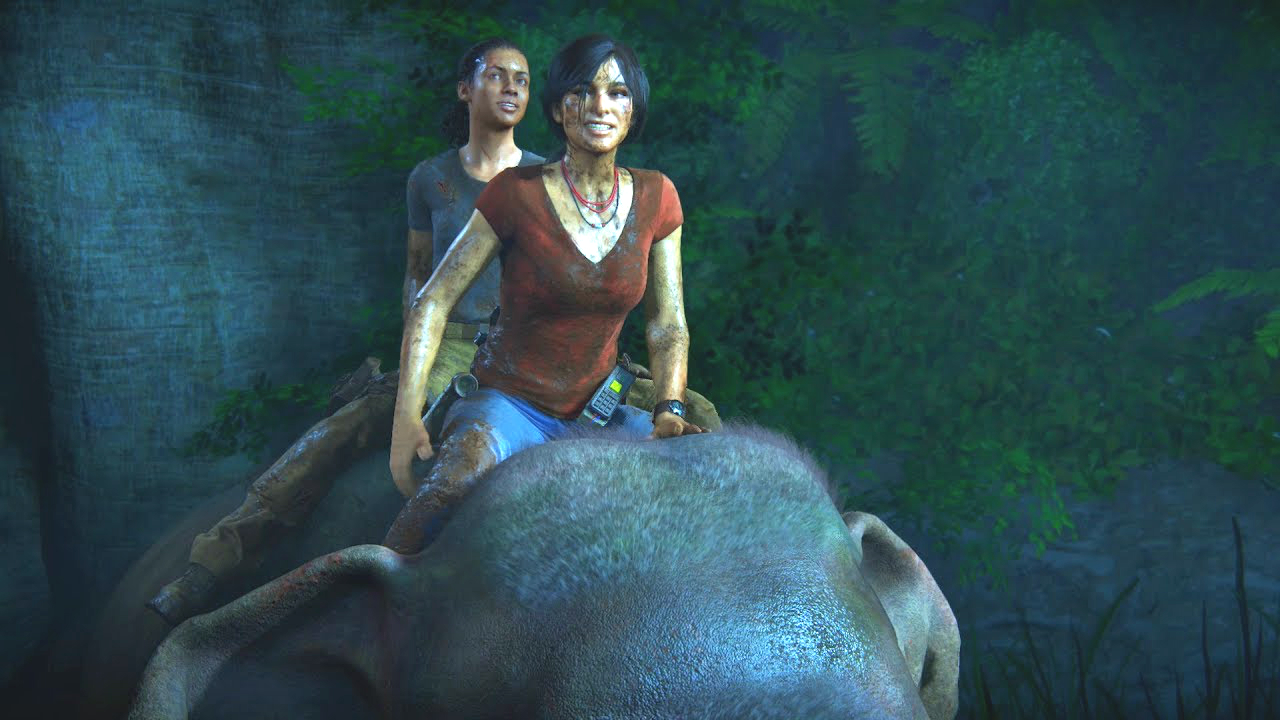 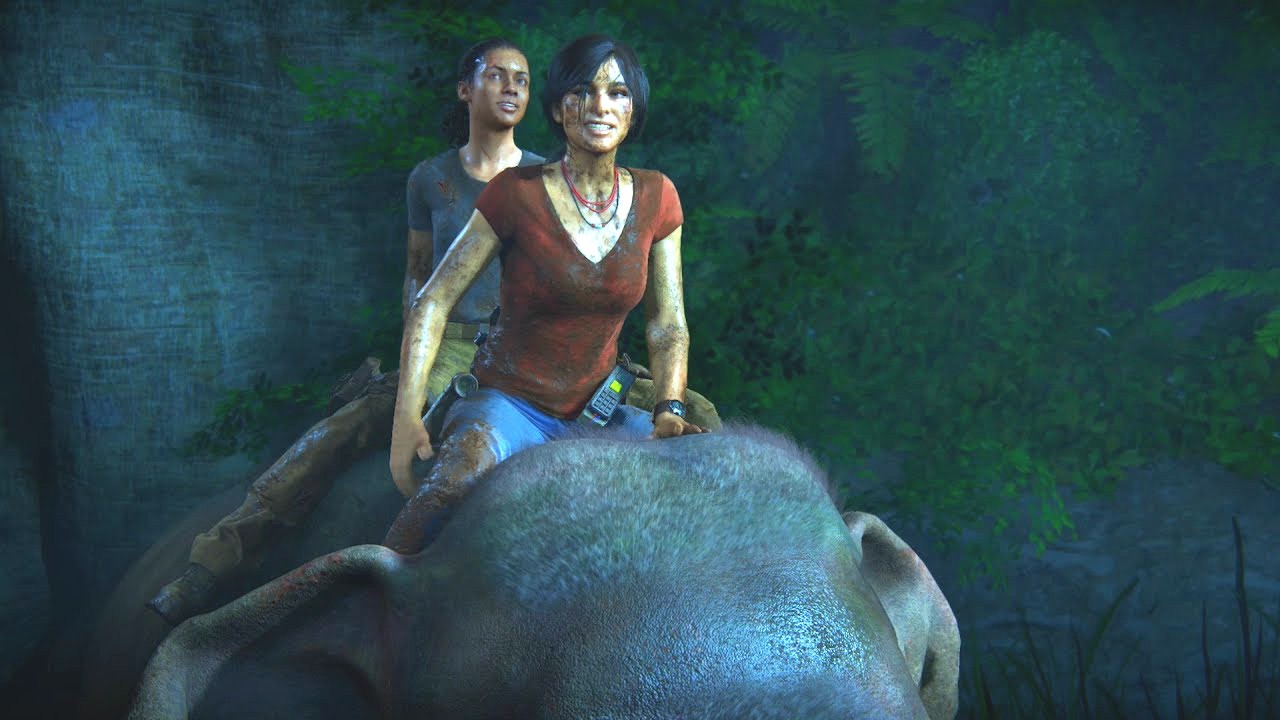 Today at the Game Developers conference, Naughty Dog story animator Marianne Hayden, who is currently working on The Last of Us II, went into great detail on the elephant ride in Uncharted: The Lost Legacy. It turns out it took a lot of work to get right and it almost didn’t happen. The elephant ride initially started as a joke at a meeting, but after thinking more about it, the team came around to it. However, it also was one of the biggest challenges in the game.

The scene serves as a big bonding moment for Chloe and Nadine. Originally, it wasn’t set to happen until later in the game. The team decided to move it sooner to serve as a more important moment in the two’s relationship. What ensues is Chloe and Nadine moving a boulder to save a trapped elephant and the animal returns the favor by taking them for a ride to their next destination. The whole scene is quieter, as both are struggling to work together and trapped on this majestic being.

Initially, elephants were supposed to be merely in the background and you couldn’t interact with them. During playtesting, Naughty Dog noticed people kept wanting to get closer to the elephant pond and pet them. Naughty Dog wanted to stay grounded, and as we know elephants are not exactly docile. Naughty Dog decided to find a way to make it work, using Uncharted’s horse tech and bringing on an animal welfare consultant and a cultural advisor. They suggested from the beginning that you shouldn’t just be able to hop on an elephant because this would mean the elephant had been trained and then most likely abused during that process.

“Making this believable was a huge challenge for us,” Hayden reiterated. They tried many different things, figuring out how exactly Chloe and Nadine would get on one and have it make sense. They tried everything from having them fall down on it to letting them climb on top of a boulder to reach it.

Even with all the work put in, people still wanted to pet the elephant, so Naughty Dog made this something you could do when you first get on it. After all, you did just save its life. Later if you get too close to the group of elephants, you’re warned to stay away as the group is obviously going to protect its members. Instead, the picture you get to take of the group is a way for you to have a memento without having you just go right up to them.

In the end, Hayden said the most important thing is taking time to explore options with design and story. Obviously, a lot of trial and error (as showcased here) is necessary to get these moments right. Looks like the hard work was worth it, as this quickly became one of the most memorable scenes from the game.