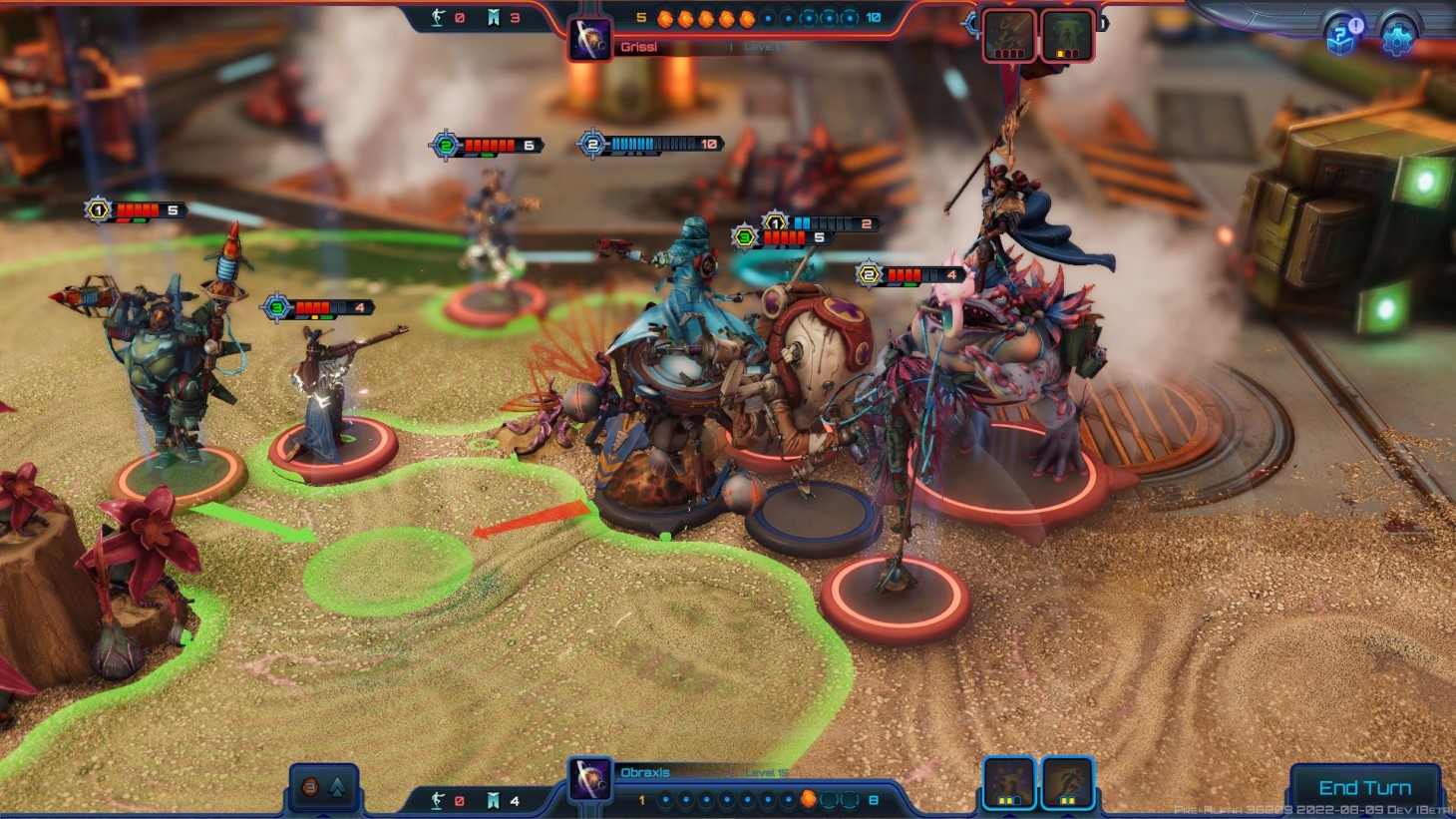 Hearthstone with miniatures. It’s an oversimplification, but if the idea captures your imagination, you recognize why the developers at Unknown Worlds think they’ve hit on something special. Best known for Subnautica, the team has been quietly working on a wholly digital miniatures game for the last five years. Built to emulate the collectability, customization, and tactical sophistication of the best tabletop miniature games, Moonbreaker aims to nail the magic and appeal of the real-life hobby, but with some of the approachability inherent to video games. After over an hour checking out the result, I’m convinced Unknown Worlds is onto something.

Set in an original sci-fi/fantasy universe built in partnership with celebrated author Brandon Sanderson, Moonbreaker explores a remote distant solar system called The Reaches, in which a multitude of moons carve intricate orbits around each other, each housing unique cultures and peoples. A rare resource called Cinder hides deep in the mantle of these moons and fuels the abilities of superpowered individuals called Solars. To survive, these Solars must consume more Cinder, so they gather a crew to their sides and set forth on their ships to gather the precious substance.

With that setup, players are dropped into the shoes of one of these ship captains. The fiction seems to borrow from sci-fi like Firefly and Guardians of the Galaxy and more terrestrial nods to properties like Pirates of the Caribbean. In the tense, one-vs-one battles (against AI or human players), you pit your captain and up to ten crew against your opponent and aim to take down the enemy captain by whatever means possible.

That fictional framework offers an excuse for Unknown Worlds to accomplish its real task – a massive and varied collection of incredibly detailed digital miniatures to be recruited onto a crew. At early access launch, we’ll see three captains and dozens of potential crew members, each with their own distinct power sets, movement styles, and support capabilities.

Equally important, each of these characters has their own incredibly detailed digital miniature, crafted and posed with the same care you’d expect from a high-end tabletop skirmish game. Each comes with a default paint scheme, but like physical miniature games, the game includes a robust painting tool so that you can customize each character to your liking.

Customization tools go far beyond simple skins in a hero shooter or RPG. Players have a full suite of digital paint options to make each character their own. Dry brushing, stippling, decals, washes, airbrushing – the game allows you to apply many of the same techniques used by expert miniature painters but also provides tools like auto-masking to get a clean and desirable look without extensive practice. The system allows for as much or as little tweaking as you might like.

With minis painted, I was fascinated as those figures dropped into a gridless turn-based tactical battle system. In a given match, each player starts with their captain deployed on opposite sides of a carefully crafted map – think the most extravagant miniature table setup you can imagine, but placed into digital form. On each turn, Cinder powers special abilities or can deploy new units onto the isometric field as drop pods from your ship, creating an intriguing choice. Unlike many other tactical games, it also leads to a rewarding escalation in any given fight, from just a few units to a furious melee. In addition, players have access to two ship assist powers in each battle – tide-shifting abilities that come hurtling in from orbit to turn the fight to your favor.

Beyond single matches, Moonbreaker also includes a single-player roguelike mode called Cargo Run. You battle through increasingly tricky matches against AI opponents using a pre-set crew, gathering cargo drops offering upgrades or new crewmembers that last through the rest of your run. The rule-breaking and high-powered fights that ensue are especially challenging.

Whether in Cargo Run or match play, players earn experience that gradually unlocks rewards along a seasonal track. At early access launch, the game has a premium model rather than free-to-play, with purchase unlocking full access to the seasonal structure, at least through the entire early access period.

As a longtime tabletop gaming enthusiast, it’s hard to overstate how much Moonbreaker seems to “get” what’s fun about the experience. It’s clear that Unknown Worlds is not looking to replace the fun of those physical experiences, just as games like Hearthstone or Gwent haven’t eliminated the thriving card game scene. Instead, Moonbreaker appears to be a love letter to the hobby and a vibrant new science fiction universe to discover. I’m eager to see how the game continues to evolve as early access begins. 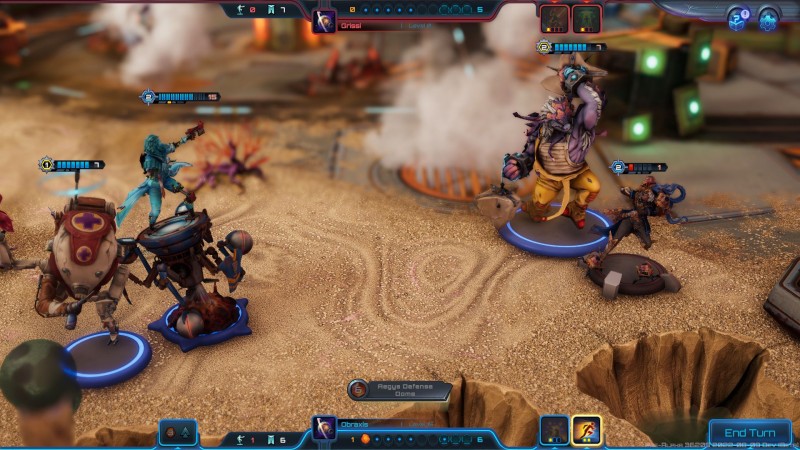 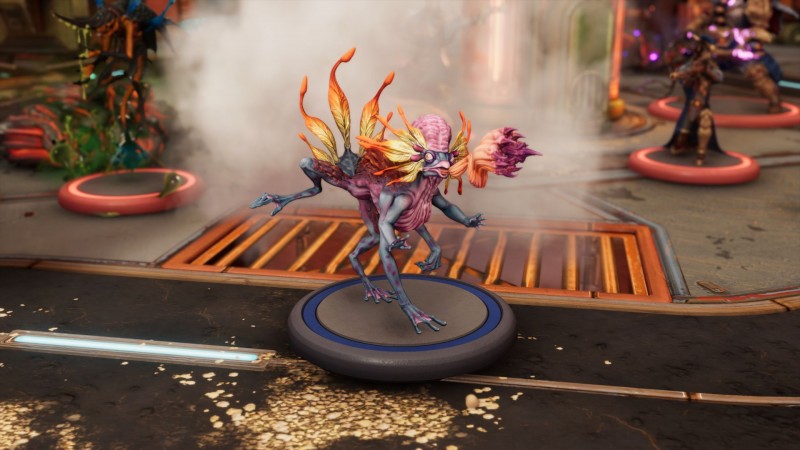 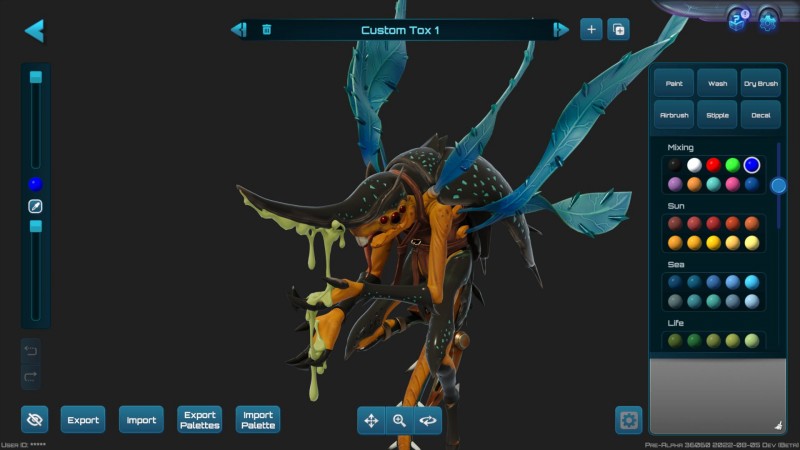 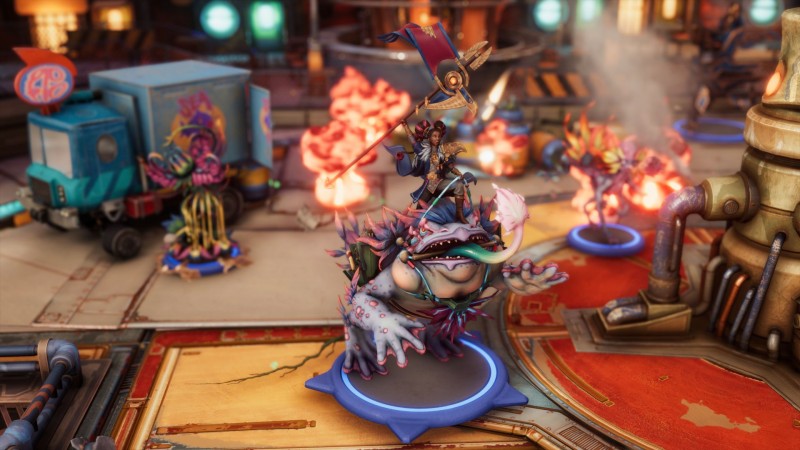 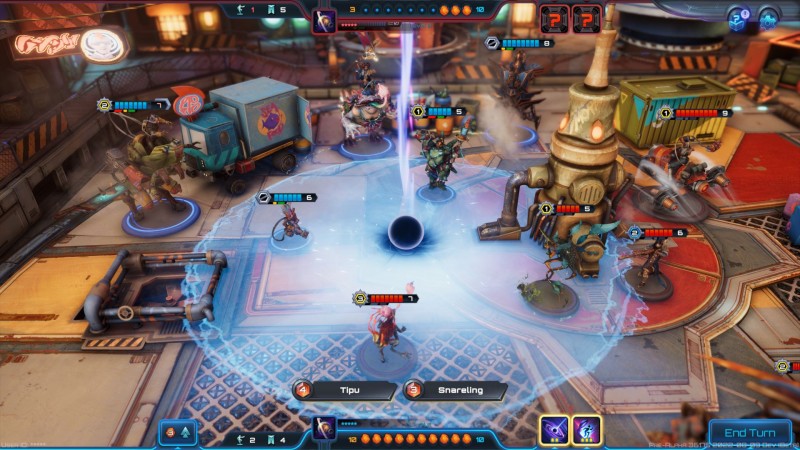 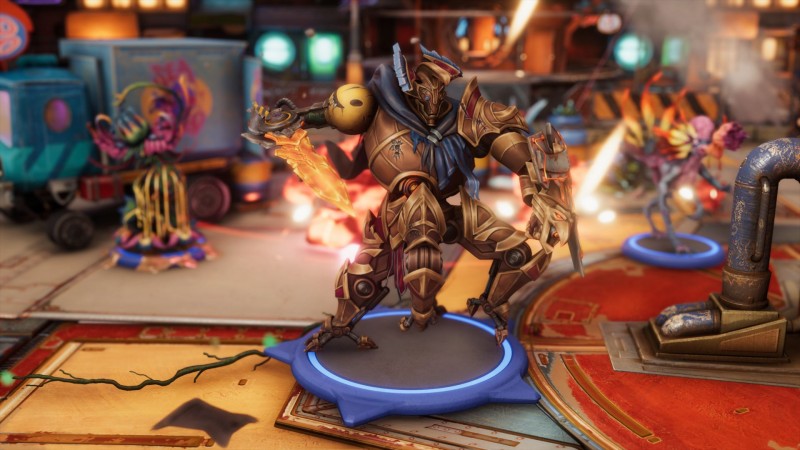 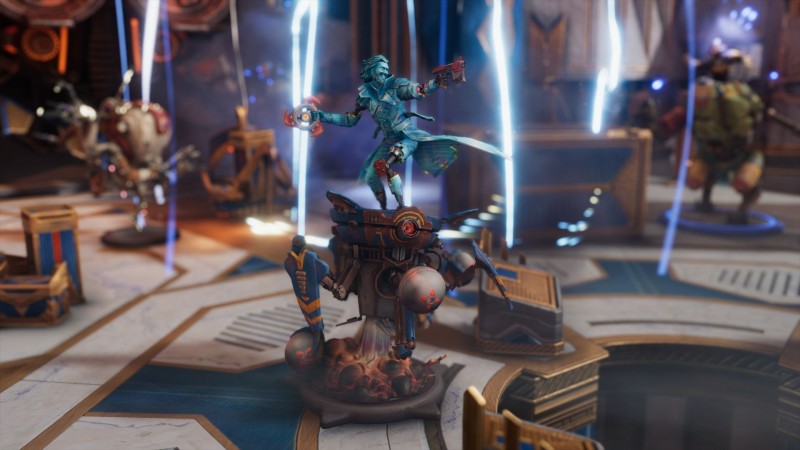 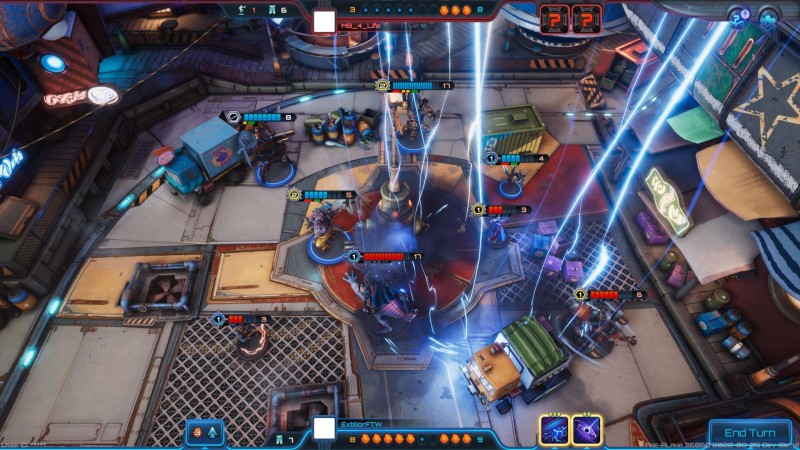 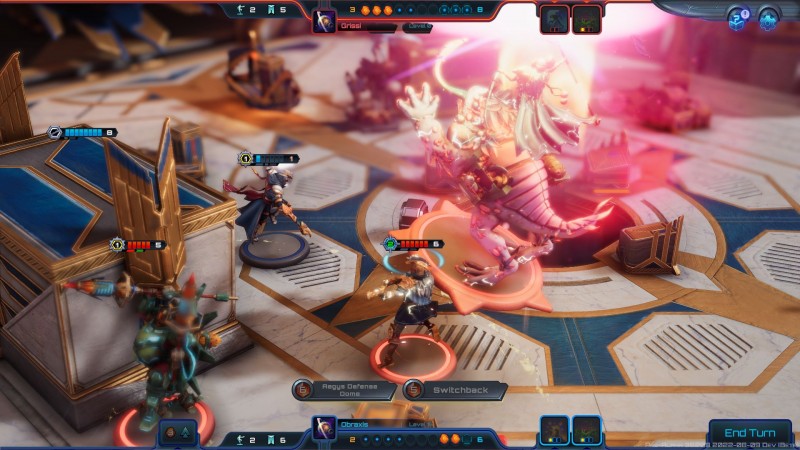 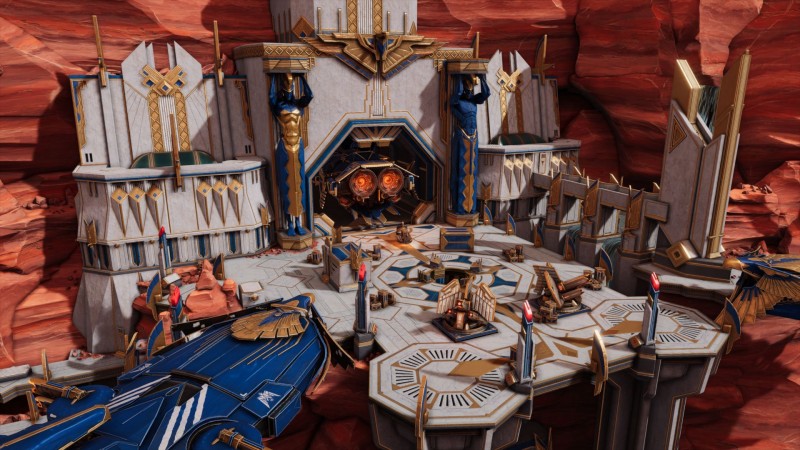 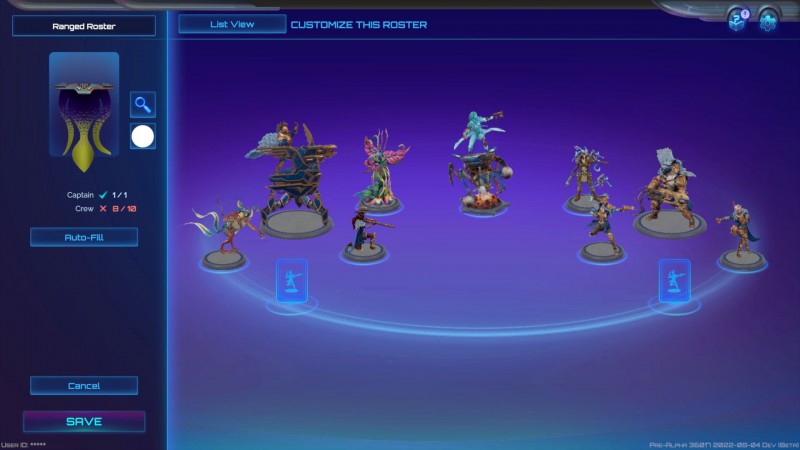 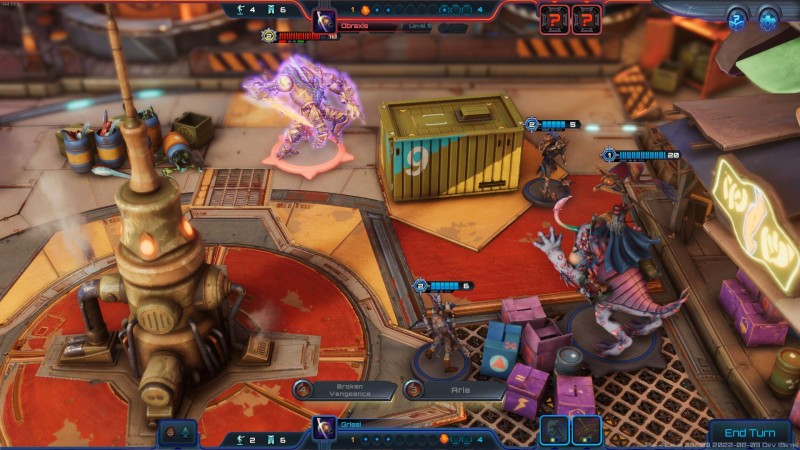