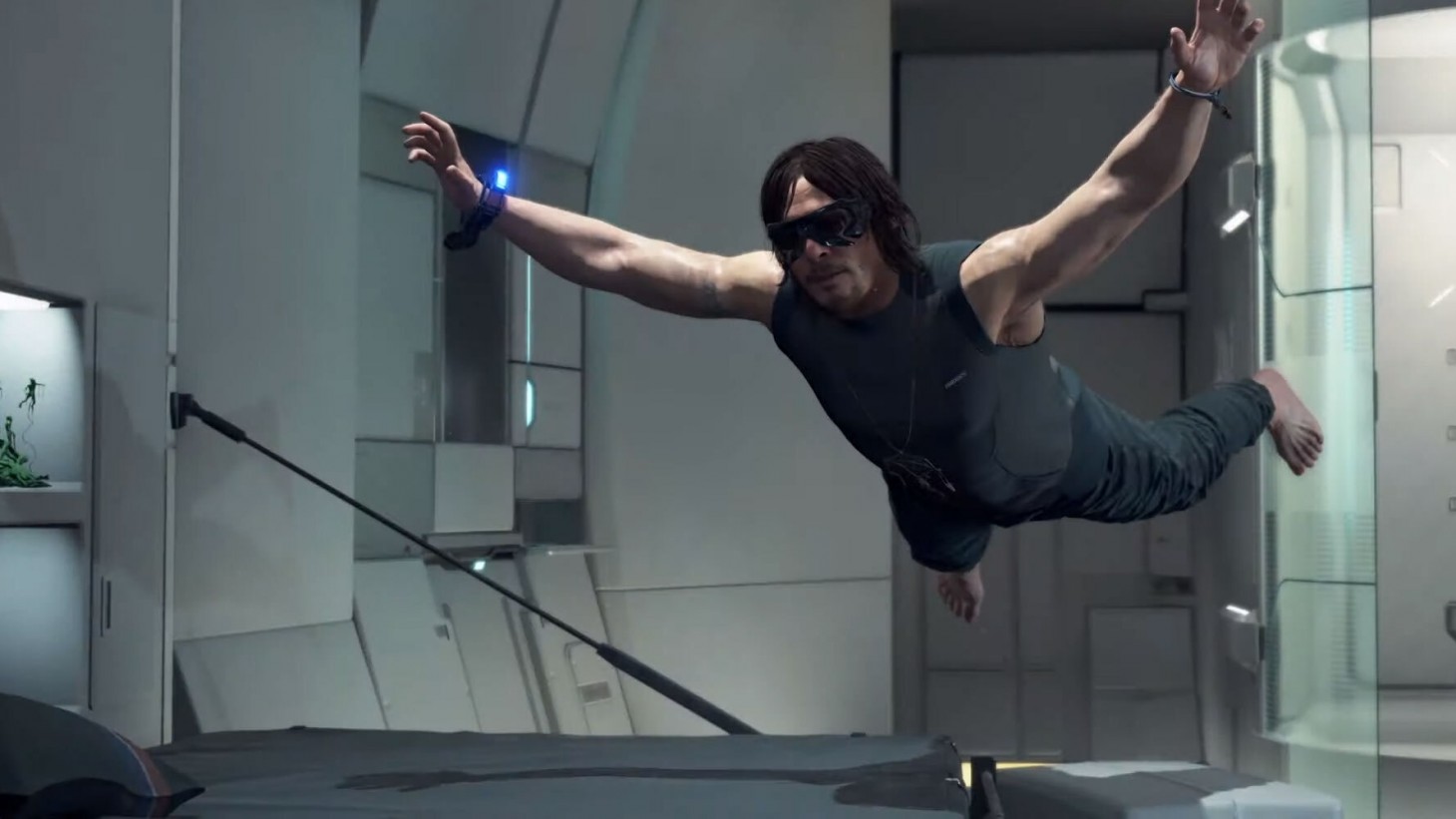 Death’s Stranding Director’s Cut closed out Gamescom Opening Night Live with an extended look at its new features designed to make the divisive experience both easier and more action-packed.

Descending from high terrain just got easier thanks to rocket stabilizers attached to Sam’s suit. These tiny jets allow players to hover in mid-air almost Iron Man-style, allowing players to make controlled descents to the ground and minimizing landing impact.

Getting packages from point A to point B is faster (and more hilarious) by using a catapult to launch parcels over long distances. If that’s too reckless but you don’t want to carry the load on your own, your handy buddy bot can take it off your hands. This robotic pair of legs can not only lug deliveries for you but you can also hop atop it for a nice ride. If you prefer driving your motorcycle, Sam can now perform goofy stunt tricks in mid-air after launching off-ramps. Want to test your racing prowess? Timed race challenges let you complete courses against the recorded ghost of other players to see who can finish tracks the fastest.

In terms of weapons and combat, new facilities and missions present more stealth and combat scenarios. These enclosed areas evoke Metal Gear, further promoting stealth in a way the outdoor M.U.L.E. camps in the base game didn’t. You’ll sneak through enemy territory to find out what the bad guys are up to while dropping soldiers along the way. A new laser gun helps with this by letting you stun enemies from a distance, among other functions.

The private room has new features as well. You can now replay any boss battle at any time, and your performance will be scored and compared to other players. You can also mellow out to eight new tracks in the music player, perfect for striking goofy poses in photo mode.

Death Stranding Director’s Cut is coming exclusively to PlayStation 5 and launches on September 24. You can read our review of the original game here.

Be sure to visit our Gamescome coverage hub to catch up on all of the big announcements from the event in one place.