A sequel to the critically acclaimed platformer Little Nightmares is coming next year. The announcement was made during Gamescom's opening night livestream with host Geoff Keighley.

Little Nightmares 2 looks to star the yellow raincoat-wearing girl Six once again, but this time she's accompanied by another young character who wears a paper bag over their head.

This time, you will explore outdoor environments like a dilapidated city and a forest. We also saw glimpses of a school where a puppet-like woman stands behind a desk with a ruler in hand, in front of a group of children.

Little Nightmares 2 is releasing on Switch, PS4, Xbox One, and PC in 2020. No specific release date has been given yet. 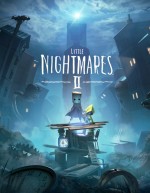