Gamescom looms and with it, a tide of news about releases and upcoming games. This year Geoff Keighley will be hosting a show prior to the convention proper on August 19 called Opening Night Live. Those who tune in will get a look at Disintegration, a new first-person shooter that's development is being led by Marcus Lehto, who served as Bungie's art director for the first three Halo games and then moved into a creative director role for Halo: Reach.

Lehto and his new studio, V1 Interactive, have been quietly working as one of Private Division's partners, but its project has remained under wraps until now. Get your first look at Disintegration, which features a cool looking futuristic bike, here:

For more on V1 and Private Division, check out our chronicle of the new Take-Two publishing label here. 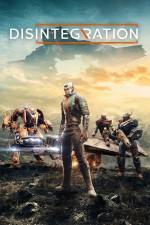