Forza Horizon 4 Teams Up In Multiplayer 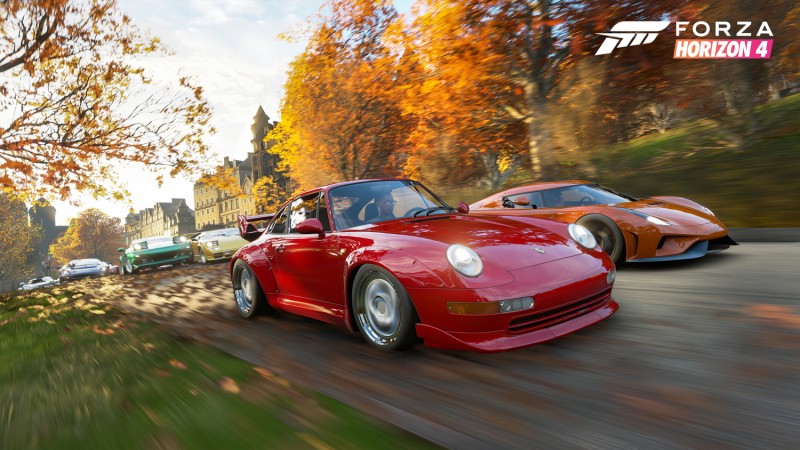 The traditional competitive multiplayer games like Infected and Flag Rush are now all team-based. For instance, Infected is now Survivor where your teammates can heal an infected friend.

Similarly, in a team-based traditional race (the demo showed off two teams of six players) who wins is not based on who crosses the finish line first, but by which teams score the most points overall.

The demo also showed off new quickchat options for each mode so everyone can be on the same page.

Finally, Microsoft announced two Forza Horizon 4 bundles available at launch on October 2 – an Xbox One S bundle ($299) and one for Xbox One X. The latter also includes a copy of Forza Motorsport 7. The price was not mentioned for the Xbox One X bundle.