The Yakuza series has been around for more than a decade now. With the latest entry, Yakuza 0, Sega decided to go back in time to 1988, showing off how some of the characters that fans have gotten to know throughout the years got started.

Associate localization producer Scott Strichart gives a guided tour of the game's setting and introduces us to two of the game's main characters, Kazuma Kiryu and Goro Majima. 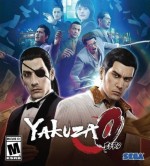